Grand Glory Supplemented To The Prince Of Wales's S. 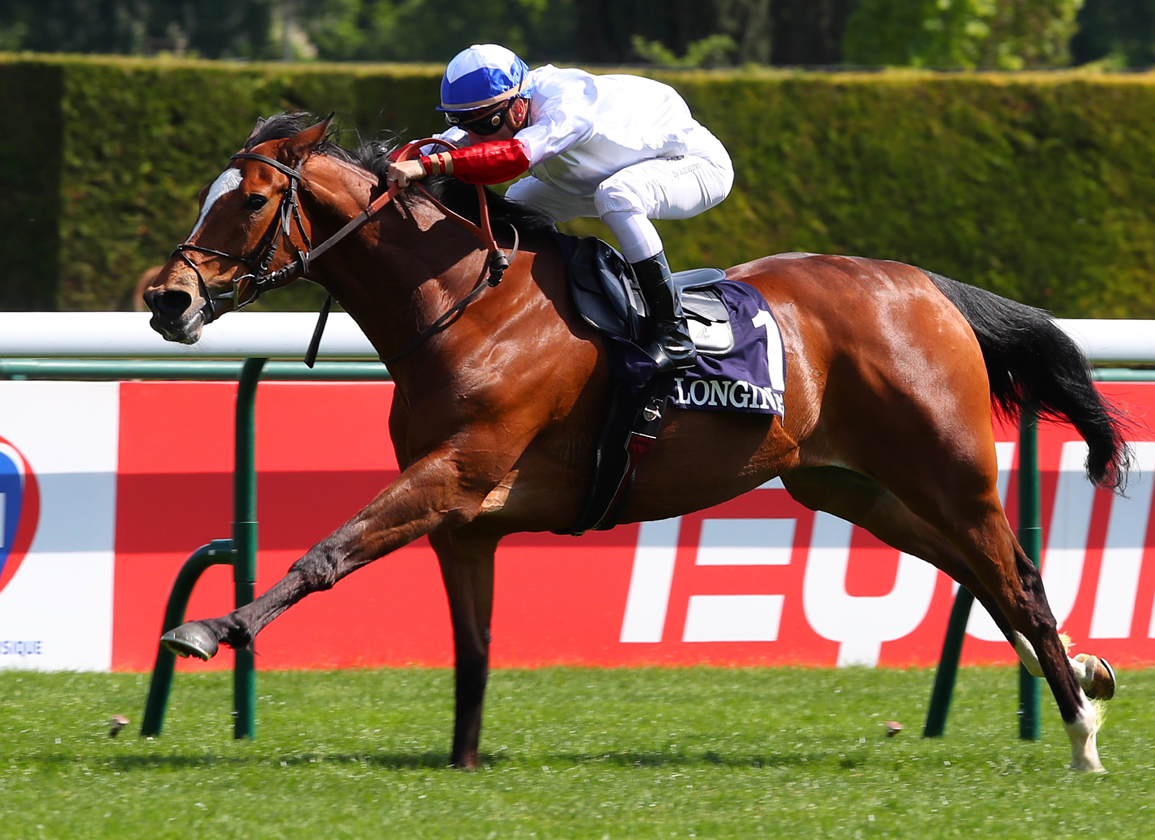 Group 1 winner Grand Glory (GB) (Olympic Glory {Ire}) was supplemented to the G1 Prince Of Wales's S. for £70,000 on Wednesday. A winner of the G1 Prix Jean Romanet for owners Albert Frassetto, John D'Amato and Mike Pietrangelo last August, the bay was knocked down for €2.5 million at the Arqana December Breeding Stock Sale. She is riding a two-race winning streak in her new colours of Haras de Hus after victories in the Listed Prix Zarkava and the G3 Prix Allez France in April and May, respectively. She faces seven others in the contest, including Sir Michael Stoute's Bay Bridge (GB) (New Bay {GB}), the winner of the G3 Brigadier Gerard S., as well as G1 Sheema Classic hero Shahryar (Jpn) (Deep Impact {Jpn}) for Japan and multiple Group 1 winner Lord North (Ire) (Dubawi {Ire}) for John and Thady Gosden.