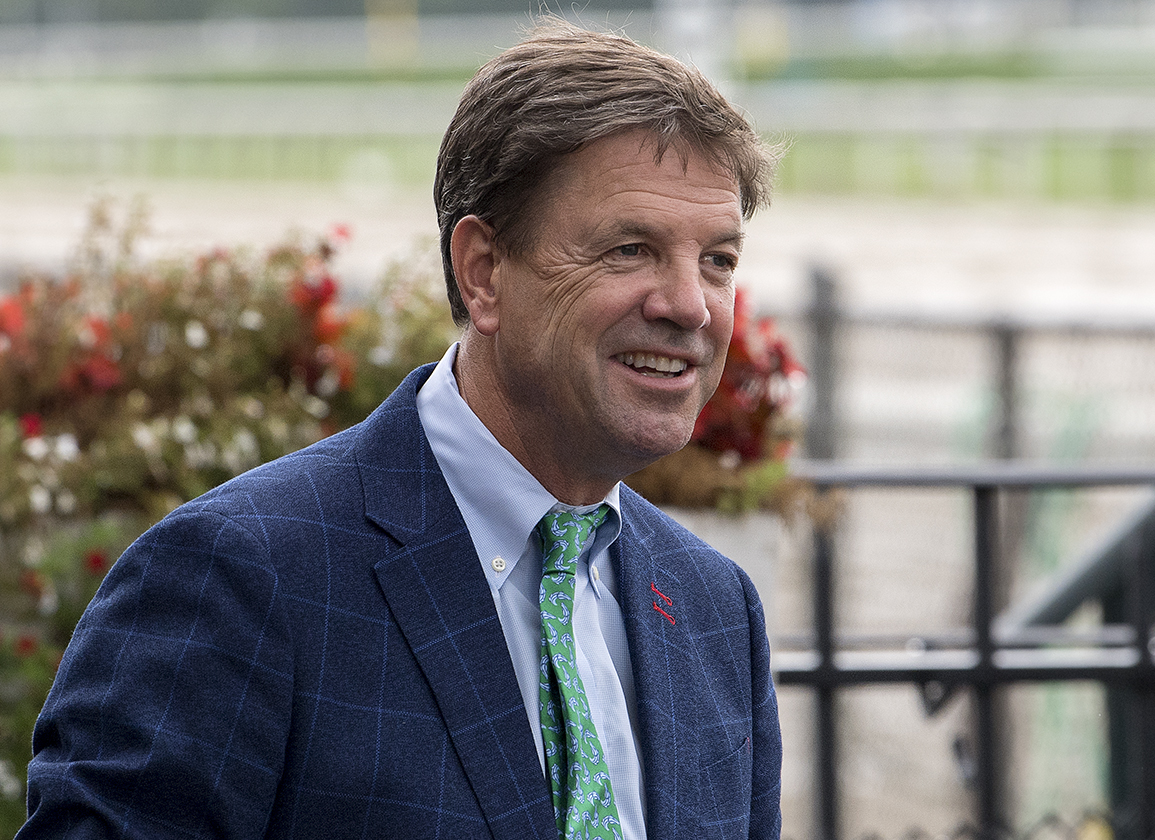 In an era where trainers are increasingly hesitant to run their horses frequently and/or in races where they might be longshots, Graham Motion is a throwback. It often pays off for his perennially successful outfit, as it did on Saturday at Belmont, when his Highland Chief (Ire) (Gleneagles {Ire}), dismissed at 19-1 in a five-horse field, upset defending champion turf male Yibir (GB) (Dubawi {Ire}) and MGISW Gufo (Declaration of War) in the GI Man O' War S. Tuesday, Motion joined the TDN Writers' Room presented by Keeneland as the Green Group Guest of the Week to talk about why he's steadfast about taking shots and running his horses, how he feels about the current state of the Horseracing Integrity and Safety Act, the upcoming Royal Ascot trip for his undefeated Spendarella (Karakontie {Jpn}) and more.

“I think we are very cautious these days,” Motion said of modern trainers. “I think everyone's so worried about that [win] percentage. I think you can learn a lot from watching a guy like Wayne [Lukas], who's never been afraid to take a shot. I think we're just so caught up in being careful. It's so easy to ship across the country now. It's so easy to avoid races that you think are too tough. At the end of the day, that takes a little bit away from the sport, which is to see who has the fastest horse, and the challenge. I kind of live for that. That's what I find so exciting. That's why I love going to Ascot, because it's out of the normal and it's a challenge for these horses. That's what it's all about, right?”

An early supporter of the HISA reform law that has since hit hiccups in potential implementation, Motion was asked how optimistic or pessimistic he is that the program will take full effect and the new rules will fundamentally improve the sport.

“It's going to be difficult, there's no doubt about it,” he said. “I realize there are issues with cost and where the money is going to come from. What I don't understand and what frustrates me a little bit–I'll probably get chastised for saying this, but–we're running for these extraordinary purses. We're running for $100,000 with maidens. Couldn't we put some of that money aside toward the integrity of our sport? I don't understand it. Improve the backstretch, improve safety, improve the integrity of our sport and put some of this money toward HISA. It's going to be a difficult task. I was disappointed when USADA dropped out. I don't know much about the new arrangement. I'm surprised how little, quite frankly, we read about it. So, look, I'm optimistic it's going to happen. I hope everybody eventually gets on board because I think it'll be game changing, and it's going to take a while. There are going to be some hiccups along the way.”

Elsewhere on the show, which is also sponsored by Coolmore, the Pennsylvania Horse Breeders Association, XBTV, West Point Thoroughbreds and Legacy Bloodstock, the writers had a thorough discussion on the proposals to increase the spacing of Triple Crown races and previewed a Rich Strike-less Preakness. Click here to watch the show; click here for the audio-only version or find it on Apple Podcasts or Spotify.