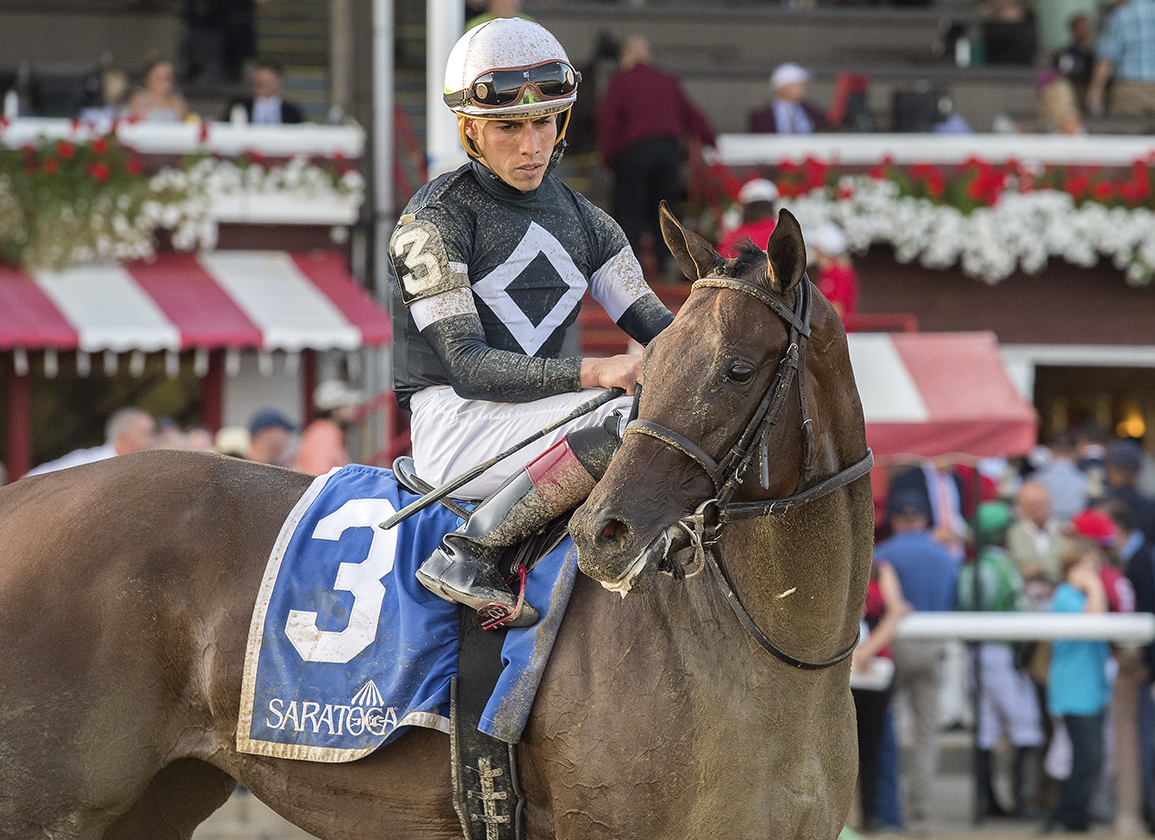 Gainesway Farm enjoyed an unforgettable Fasig-Tipton Saratoga Sale this year as the leading consignor of the elite auction with 12 yearlings sold including the $2.6 million sales topper.

Now, they hope to continue the same success at the upcoming Fasig-Tipton Night of the Stars Sale on Nov. 9 with a consignment that features three graded stakes winners including the speedy and precocious Perfect Alibi (Sky Mesa – No Use Denying, by Maria's Mon). The Grade I winner campaigned by Tracy Farmer will be offered in foal to super-sire Into Mischief.

“I've spent the past 20 years developing our yearling sales at Gainesway and it's been a real goal of ours to expand and try to be as competitive in the November market as we are in the yearling market,” Gainesway's Brian Graves explained. “For the Farmers to give us a Grade I winner in foal to Into Mischief means a lot to us and we're extremely appreciative for the chance.”

For Graves, Perfect Alibi offers everything breeders will be looking for in the days following Breeders' Cup weekend.

“She's an absolute collector's item,” he said. “A Grade I-winning 2-year-old and in foal to North America's leading sire. You don't get your hands on many of these kinds of broodmares that were so good at two. Speed and precocity make some of the best producers and combined with her physical-she's got balance, stretch and size- she's a broodmare that anybody would like to have.”

A daughter of Pin Oak Stud's stakes-winning homebred No Use Denying (Maria's Mon), Perfect Alibi was foaled in 2017 and was slated to sell at the Fasig-Tipton Saratoga Sale the following summer.

The auction company's president and CEO Boyd Browning remembers first hearing of the young filly as the sale approached.

“I can remember when she was just a yearling and [Fasig-Tipton's Executive Vice President] Bayne Welker was doing yearling inspections,” Browning recalled. “He called me and said, 'I found a really special horse at Pin Oak today. She's an absolute superstar.' When she got to Saratoga I remember walking into the courtyard where she was showing with Denali and when they brought her out, I was like, 'Wow, Bayne you were right.' She was a spectacular physical individual.”

The dark bay filly caught the eye of many in Saratoga including Kern Thoroughbreds' Lincoln Collins and Joe Miller, who were on the lookout for a race filly for Tracy and Carol Farmer. 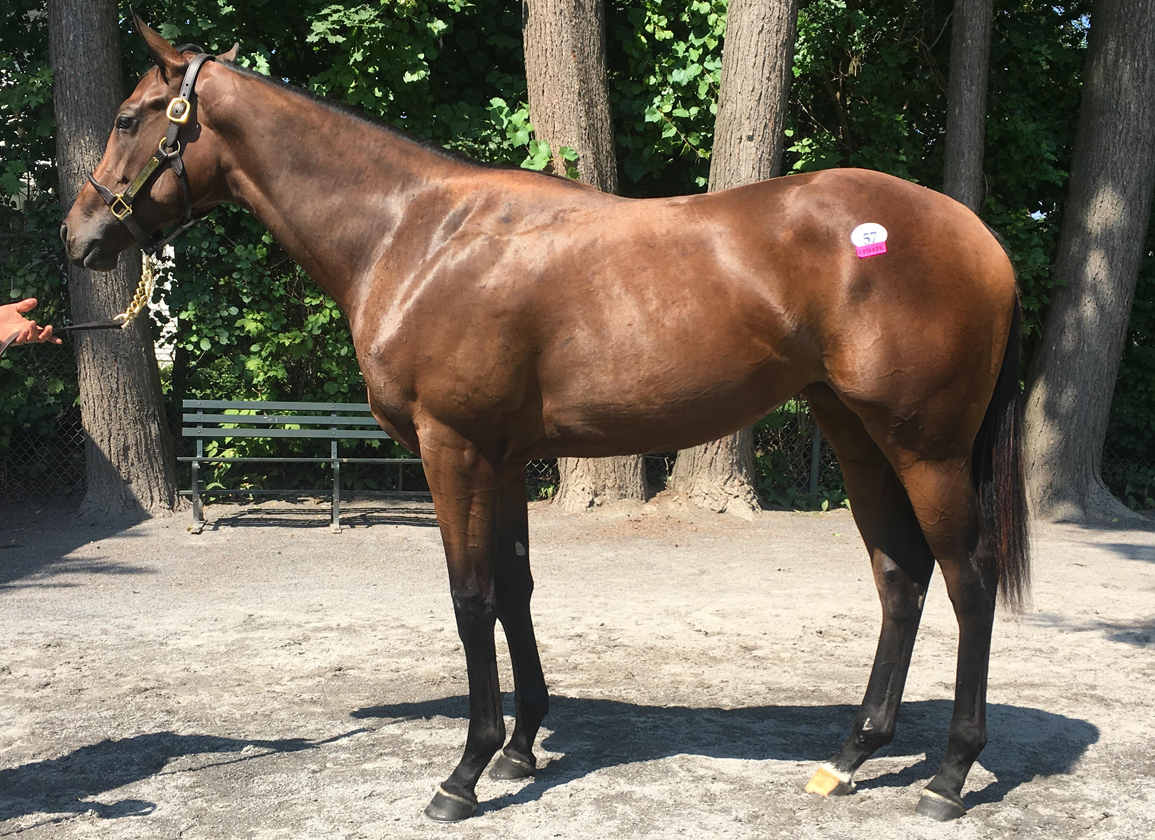 “She was a big, strong-looking filly and we knew she was going to be very precocious,” Miller recalled. “She was so well balanced and had a great hip and shoulder on her. She was just the one filly there that we really couldn't pick apart. We loved everything about her.”

They perused the rest of the catalogue, but when Miller and Collins sat down with trainer Mark Casse, they discovered they had all landed on the same filly. After sending a photo to Tracy Farmer and getting his stamp of approval, they purchased Perfect Alibi for $220,000.

The following May the filly made her first start at Churchill Downs, blowing away a field of fellow maidens to win by 9 1/2 lengths.

After a close second in the Astoria S. at Belmont, Perfect Alibi returned to Saratoga to take on graded stakes company and came out victorious in the GII Adirondack S. She made it to the winner's circle again in her next start in the GI Spinaway S. to become the first filly in over 10 years to sweep both prestigious 2-year-old filly contests at Saratoga.

“We knew she would just get better with distance,” Miller recalled of the Spinaway. “It was a very, very good field that she ran against that day, but she proved she was the best 2-year-old filly on the East Coast.”

“It takes a special horse to couple graded stakes wins at Saratoga as a 2-year-old,” Browning added. “She did it with style and she did it with flair. To accomplish that in the way she did was very impressive.”

“She got a little bit of a wide trip that day and she even ran a very good race in the GI Breeders' Cup [Juvenile Fillies] being five wide around the turn and still coming on to be a fast closing fourth,” Miller said of the conclusion of Perfect Alibi's juvenile campaign. “She always tried so hard. She had such a high cruising speed and she just loved to win.”

The Casse trainee returned at three with a fourth-place finish in the GI Longines Test and placed in the Weber City Miss S. at Laurel Park. She retired at the conclusion of her sophomore season with earnings of over $600,000 as one of several Grade I winners for longtime Thoroughbred owner and breeder Tracy Farmer. 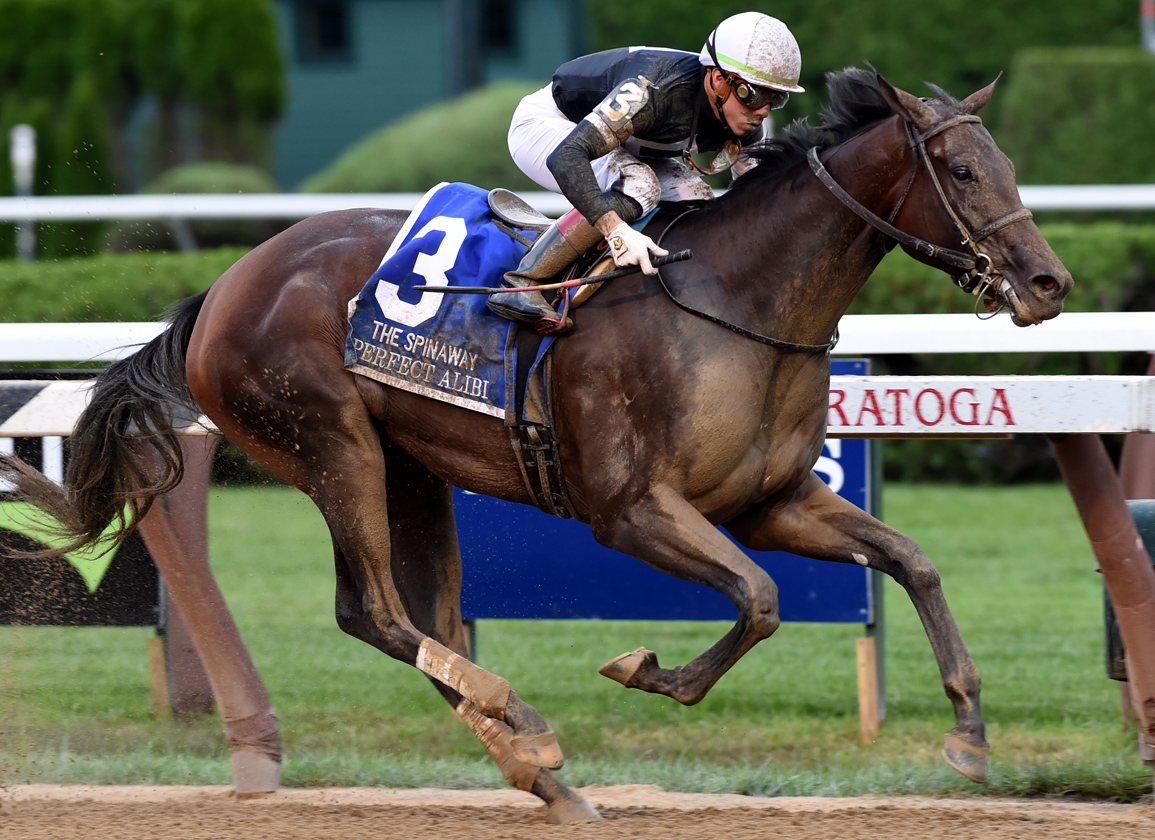 “Tracy and Carol love all their horses,” Miller said. “To have a filly of her class is special because it's not easy to come by, so it certainly means a lot to them.”

Browning said he believes that on top of her memorable racing career, Perfect Alibi's Pin Oak pedigree will be another attraction for buyers.

“Mrs. [Josephine] Abercrombie is a legendary figure and it's really unique to have a filly of this caliber offered for sale and in foal to a horse like Into Mischief,” he said. “The depth of pedigree is really special. You've got the combination of some of the best breeding from Pin Oak and some of the best breeding from others in the world. It's a quality pedigree from top to bottom.”

“It's a deep Pin Oak family and Sky Mesa himself has proven to be a good broodmare sire already,” Graves added. “He's the broodmare sire of three Grade I winners and, combined with her outstanding physical and with her size and scope, it just makes her the top of the shelf.”

Along with the opportunities attainable with Perfect Alibi's breeding career, Graves also places high merit on this first foal by Into Mischief she now carries.

Perfect Alibi will sell as Hip 218 on the Night of the Stars with the Gainesway consignment.

“She truly does have worldwide appeal,” Browning said. “I think whoever breeds her has the opportunity to produce a champion literally anywhere in the world. It's going to be the perfect opportunity for some of the top buyers in the world to pursue a mare of her quality and I can't wait to see what she does in her career.”