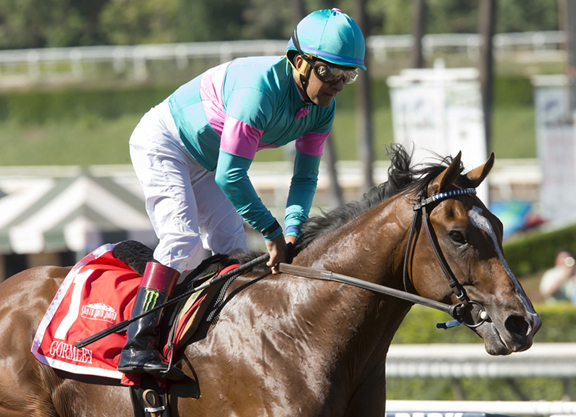 “He went good,” Shirreffs said of Gormley. “I'm happy with both [Gormley and GIII Robert B. Lewis S. winner Royal Mo (Uncle Mo)] at this point.”

Shirreffs added that he could run Gormley in the San Felipe and Royal Mo in the Rebel, or vice versa, and would reach an official decision in the coming weeks. The latter of the pair finished second in his first two career starts and used a Nov. 27 maiden victory at Del Mar as a springboard to his win in the Feb. 4 Robert Lewis.