Goodwood Winner The Platinum Queen Possible for the Nunthorpe 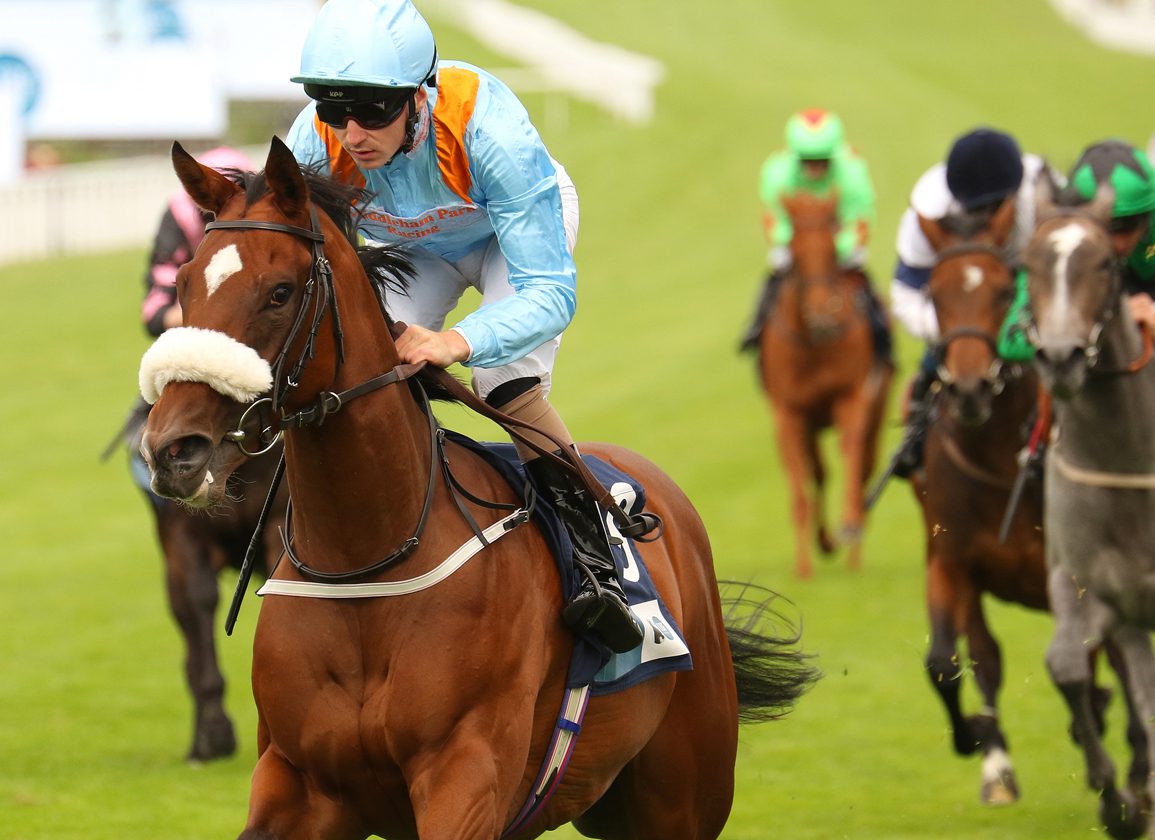 The Platinum Queen (Ire) (Cotai Glory {GB}), impressive winner of Goodwood's Alice Keppel Fillies' Conditions S. July 27, is being considered for the Coolmore G1 Nunthorpe S. at York Aug. 19. Campaigned by Middleham Park Racing, the juvenile would have to be supplemented to the five-furlong test.

Sent off the 5-6 favorite in her latest start, the Richard Fahey-trained filly came home a four-length winner over nine rivals, setting a new track record for 2-year-olds while recording a faster time than the winner of the G3 Molecomb S. on the same card.

“We were quite impressed with how Trillium (GB) (No Nay Never) went about her business in the Molecomb, the jury was out on whether we should or we shouldn't have run in that race after [her win],” said Middleham Park's Tom Palin. “There were a few people thinking we'd done the wrong thing but she's quite a forward-going filly. She's not buzzy, she doesn't sweat or anything like that, but for her development we felt it was best to give her a slightly quieter day in slightly calmer waters to get another win under her belt.”

In addition to the Nunthorpe, Palin indicated the Listed Roses S. is also an option during York's Ebor meeting. Hollie Doyle is slated to ride.

“She will definitely go to York, the Roses is on the Saturday, the listed five-furlong race. I imagine she'd be even-money or maybe a bit shorter than that if she went there. It is still a definite option.”

“We will probably leave it as late as we dare, just so we know how the filly is. We'll make the decision and speak to the syndicate when we've got all the information at our disposal and we feel it's something we want to take a chance on.”

“It could be quite sporting to roll the dice and give it a go. She has speed but it's not just speed, she's classy as well.”