Goodwood and York On Agenda For Top-Rated Baaeed 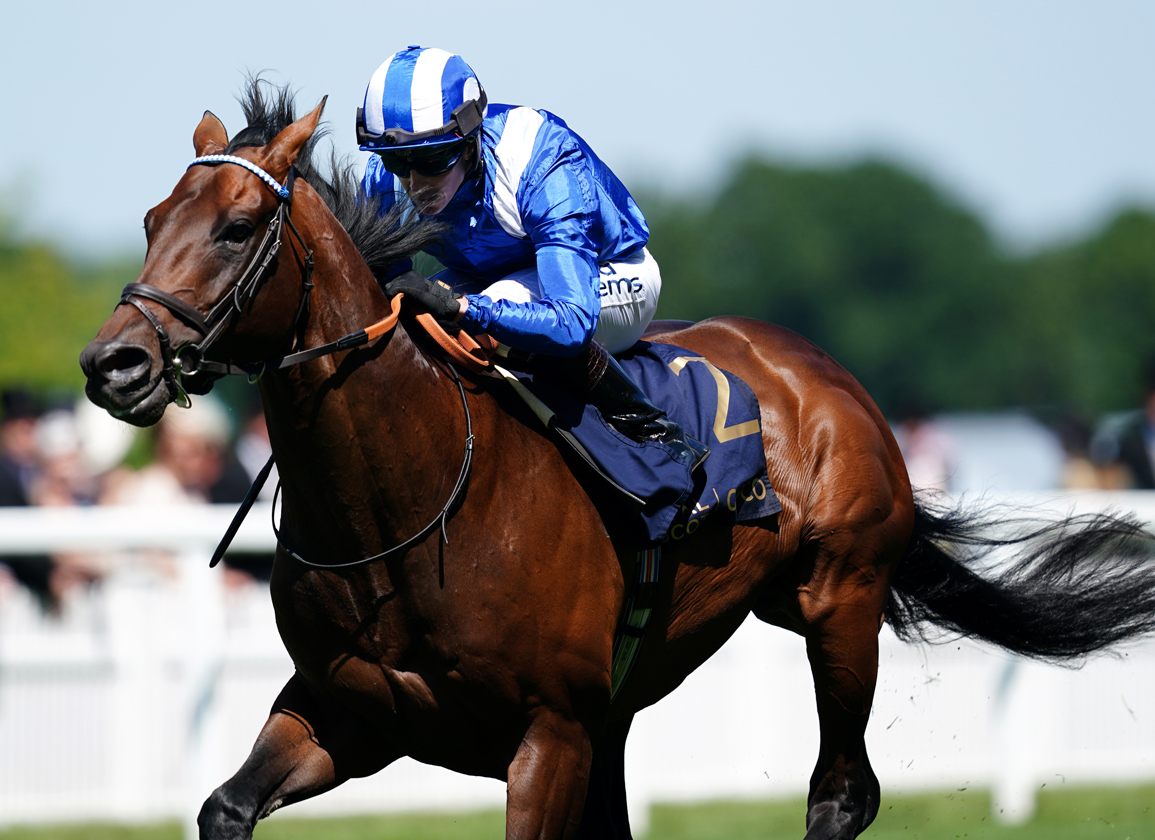 Baaeed may step up to ten furlongs at York | PA Media

William Haggas has confirmed that Baaeed (GB) (Sea The Stars {Ire}), the top-rated horse in the world this year on 128, remains on course to reappear in the G1 Qatar Sussex S. followed by a potential step up to ten furlongs for the first time in the  G1 Juddmonte International S.

Breaking off from a short holiday to speak to the Nick Luck Daily podcast on Wednesday, Haggas said of Baaeed's future engagements at Goodwood and York, “I think that's the obvious route. We haven't discussed it fully but it seems the obvious thing. He's got to race because he's four years old and there aren't many races left for him.”

Reflecting on last week's victory in the G1 Queen Anne S. on the opening day of Royal Ascot, which took the Shadwell star's unbeaten record to eight, he added, “He won well as he was entitled to do. I was not overwhelmed by his performance, though he never really came off the bridle really. But the handicapper must have seen something because he put him up 3lbs.

“He's just professional. It's like it's automatic for him and it's enough at the moment. He did well and we were really pleased with him.”

Haggas's Somerville Lodge stable celebrated two winners at the royal meeting, with the Barnane Stud 4-year-old homebred Candleford (Ire) (Kingman {GB}) posting an impressive six-length win in the Duke of Edinburgh S. He too could be off to York for the competitive Ebor H.

Haggas told Nick Luck, “He has just in the last few weeks come forward. He has really done well and he looked a really good horse. I couldn't fault his performance and he's gone up 13lbs so he will sneak into the Ebor.”

Posting decent runs in defeat were the Haggas-trained My Prospero (Ire) (Iffraaj {GB}) and Maljoom (Ire) (Caravaggio), who finished a close third and fourth behind Coroebus (Ire) ((Dubawi {Ire}) in the G1 St James's Palace S.

The performance of Maljoom, who is likely to be seen next in the G1 Prix Jacques le Marois in Deauville, was particularly eye-catching, with the colt running home strongly after being blocked in his run.

“The horse made rapid gains in the last furlong and I think most observers thought that he would have won, and I agree with them,” Haggas said.

“I think My Prospero is a good horse but I think he just needs further and it was a risk running him in the St James's Palace because we knew he needed further. But it was the last Group 1 for 3-year-old colts and we felt it was worth a shot and it nearly paid off for him, but he won't run at a mile again. Maljoom will stay at a mile for the time being.”

He added of the Tsui family's My Prospero, “He's a great, big horse and I think he will be better next year. If we can nick a Group 1 somewhere we have a chance of him being a proper horse next year.”

Cheveley Park Stud's 4-year-old filly Sacred (GB) (Exceed And Excel {Aus}) was only a length off the winner when finishing fifth in the G1 Platinum Jubilee S. on Saturday, and she could now race in France for the first time in Deauville in August.

“I thought Sacred ran a belter,” said Haggas. “It was just too short for her. She's a seven-furlong filly. We've got another One Master (Ire) situation, but the only difference is that One Master loved cut in the ground and Sacred likes it fast. But she ran a really top race. We're desperately trying to win a Group 1 and I think the Maurice de Gheest will be the one we settle for.”