Golden Sixty Looking To Bounce Back in Gold Cup Defence 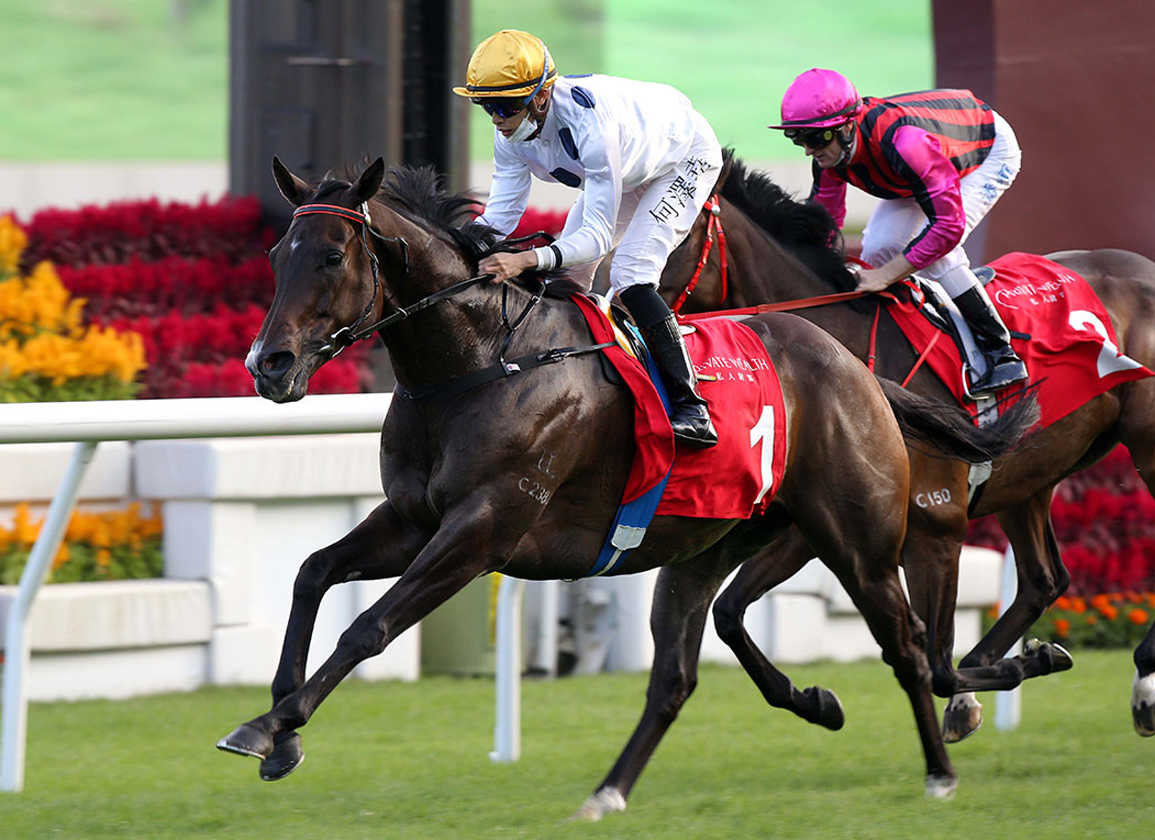 Having suffered a shock defeat when last seen in the G1 Stewards' Cup–his first in over 30 months–Golden Sixty (Aus) (Medaglia d'Oro) will have atonement on his mind when he goes in search of back-to-back victories in the G1 Citi Hong Kong Gold Cup (2000mT) Sunday afternoon at Sha Tin Racecourse.

There was plenty to play for in the Stewards', as Golden Sixty had taken his winning streak to 16 with a second consecutive success in the G1 Longines Hong Kong Mile in December and had the chance to draw even with the legendary Silent Witness (Aus)'s consecutive streak. It wasn't to be, however, as the 6-year-old got too far out of his ground in a paceless race and he was unable to bridge the gap late with Waikuku (Ire) (Harbour Watch {Ire}). In a sense, that renders Sunday's race a less-stressful affair, and connections anticipate Golden Sixty to be back to his best.

“He felt good, he was really relaxed and he feels nice and strong,” said jockey Vincent Ho after Golden Sixty capped off 1200 metres of work with a final quarter-mile in :22.5 Feb. 15.

Those looking to make life difficult on the reigning Horse of the Year include 2021 Hong Kong Derby winner Sky Darci (NZ) (Darci Brahma {NZ}), who returns to the 2000 metres for the first time since, and Russian Emperor (Ire) (Galileo {Ire}), third in last year's Derby and an excellent third over an insufficient trip in the Stewards' Cup last time.

Waikuku lines up in the 1400-metre G1 Queen's Silver Jubilee Cup as he goes in defence of his crown. His seven rivals include G1 Longines Hong Kong Sprint victor Sky Field (Aus) (Deep Field {Aus}); Chairman's Sprint Prize winner Wellington (Aus) (All Too Hard {Aus}), who has viable excuses for his last two runs; and the sneaky Healthy Happy (Aus) (Zoustar {Aus}), whose two victories from four tries at the metric seven furlongs includes a neck decision over Lucky Express (Aus) (Toronado {Ire}) with 132 pounds on his back in the G3 Chinese Club Challenge Cup H. on New Year's Day.