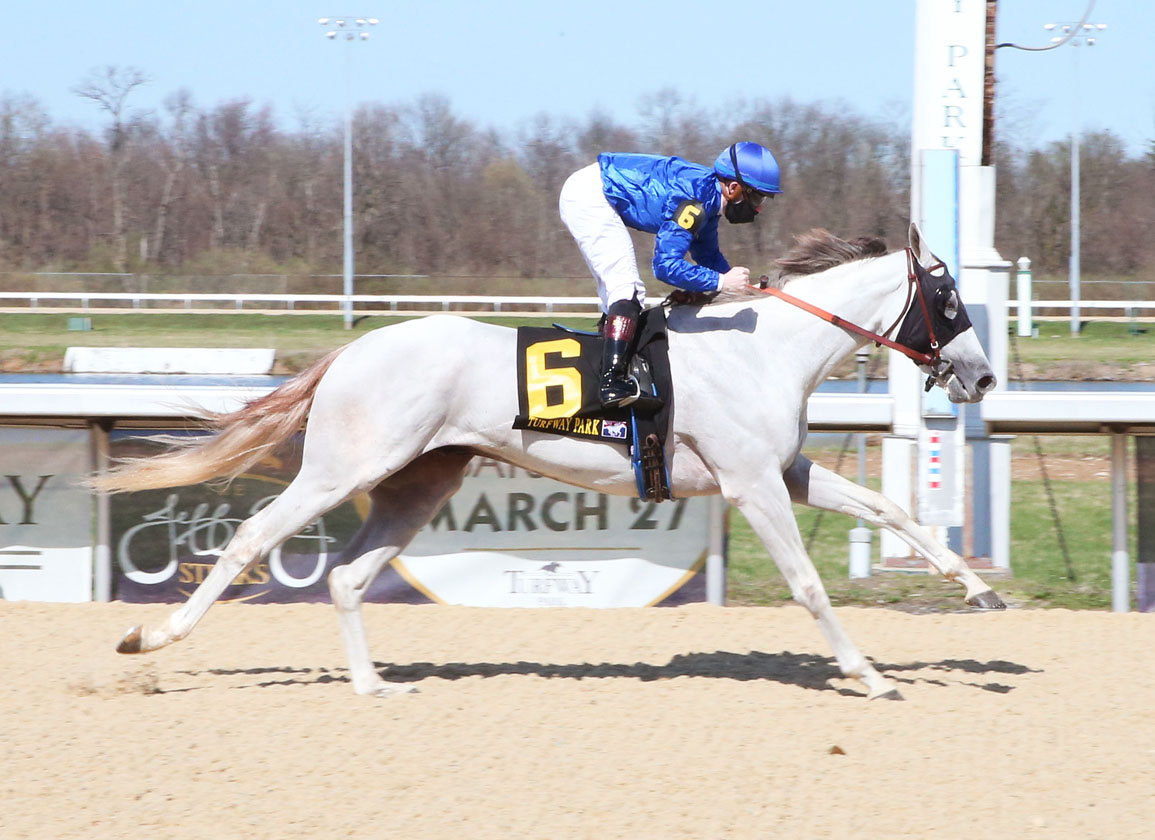 The Godolphin racing team has been the envy of many so far in 2021, headed by reigning juvenile champion Essential Quality (Tapit), who took the GI Belmont S. last month. And while the organization can usually be counted on to turn out top-tier performers year after year, some of the hopefuls don't quite make it to the highest levels. As is generally the case with many of the largest players on the racing scene, decisions must be made and as a result, the racing division pared down. Case in point, 10 prospects previously raced by the operation have been earmarked for Monday's Fasig-Tipton July Selected Horses of Racing Age Sale in Lexington.

“A new wave of 100 2-year-olds recently joined their program,” explained Brookdale's Joe Seitz, consignor of the Godolphin draft of horses. “They have also retained more horses over the past few years than they normally have. At this time of year, it is ideal for them to make some decisions, because if they're not going to be top-end stakes horses, then they can be very useful for someone else. They have no problem with these horses going on to be successful racehorses for somebody else. They have very high parameters that they need to meet for their stable and this is an ideal time to thin out some numbers. These horses are very useful quality horses that some people are going to have fun with.”

And while no stranger to the July sale's HORA session, Godolphin is tweaking the product on offer for the 2021 renewal.

“They sold some last year at this sale, but those were mostly older horses,” Seitz said. “This year, they are offering 3-year-olds which is a nice addition, because these horses that have plenty of conditions left and a lot of 'blue sky' in front of them.”

Heading the group is Cave Hill (Frosted), winner of Turfway's Rushaway S. Mar. 27. A winner on all three racing surfaces, Hip 613 broke his maiden going a mile in the Indiana slop last October before adding a victory in a Tampa optional claimer on the sod in December. This season, the Brendan Walsh trainee hit the board in half of his starts, including a third in the Dania Beach S. at Gulfstream in January.

A half-brother to dual Grade II scorer Skylighter (Sky Mesa), the gelding is a grandson of the Grade I-winning mare, Nastique (Naskra). He is from the first crop of Godolphin's GI Whitney winner Frosted (Tapit).

“What buyer wouldn't want to have a three-weapon arsenal,” said Seitz, explaining the allure of the gelding's ability dirt, turf and all-weather. “You can take him north, you can take him south, you can really run him just about anywhere you like.”

Hailing from the same family is Hip 648, a winning son of Ghostzapper named Ghostlighter. Out of the aforementioned Skylighter, the half-brother to graded-placed Sky Painter (Street Cry {Ire}) is the winner of two career starts, including the most recent registered going a mile at Indiana in April. In his latest start, he finished runner-up in a main track Arlington optional claimer July 4.

The page doesn't get much better than that of Tapwood, cataloged as Hip 564. By leading sire Tapit, the sophomore is out of dual Grade I-winning Better Lucky (Ghostzapper), who is a granddaughter of GI Breeders' Cup Sprint heroine Desert Stormer (Storm Cat). Stakes placed in Monmouth's Sapling S. at two, the gelding broke through for Mike Stidham a Tampa in January before hitting the board in three of his next four starts, including the most recent a second-place effort in a Delaware allowance June 24.

“He is a very good-looking son of Tapit who was second in his two latest starts,” he said. “He is a maiden winner, so he still has all his conditions and we think he's sitting on a win.”

“He was a 'top 15 horse' among [Godolphin's] 2-year-old class last year coming out of their leg-up farm,” offered Seitz. “The horse has a lot of ability. He's been competitive on the Kentucky circuit, so there is a lot of potential there. This could be a good opportunity for someone to have some fun with especially with all the KTDF money available right now because he's Kentucky bred. And he has all his conditions.”

Representing one of the leading stallions in the nation, Hip 598, Atone (Into Mischief), annexed a trio of races in 2020 before finishing seventh in the GIII Tampa Bay S. in February. Gelded thereafter, he finished third in his two most recent starts an Arlington optional claimer June 19.

With already a win under his belt this season, Commandeer (Street Boss) hit the board in four of five starts in 2021, including a victory for trainer Eoin Harty at Tampa in April. Hip 619, who  is out of Gozlan (Tiznow), a full-sister to dual Grade II winner and Grade I placed Tizaqueena, finished third on Arlington's all-weather last weekend.

Summarizing his overall assessment of the consignment's physical appeal as a whole, Seitz said, “These horses have been in the best of hands and have sensational pedigrees. Think of the broodmare band they are coming out of. And all of the horses really look the part, they really do. I know it sounds like a party line, but physically any one of them would knock your socks off. Each one is prettier than the next.”