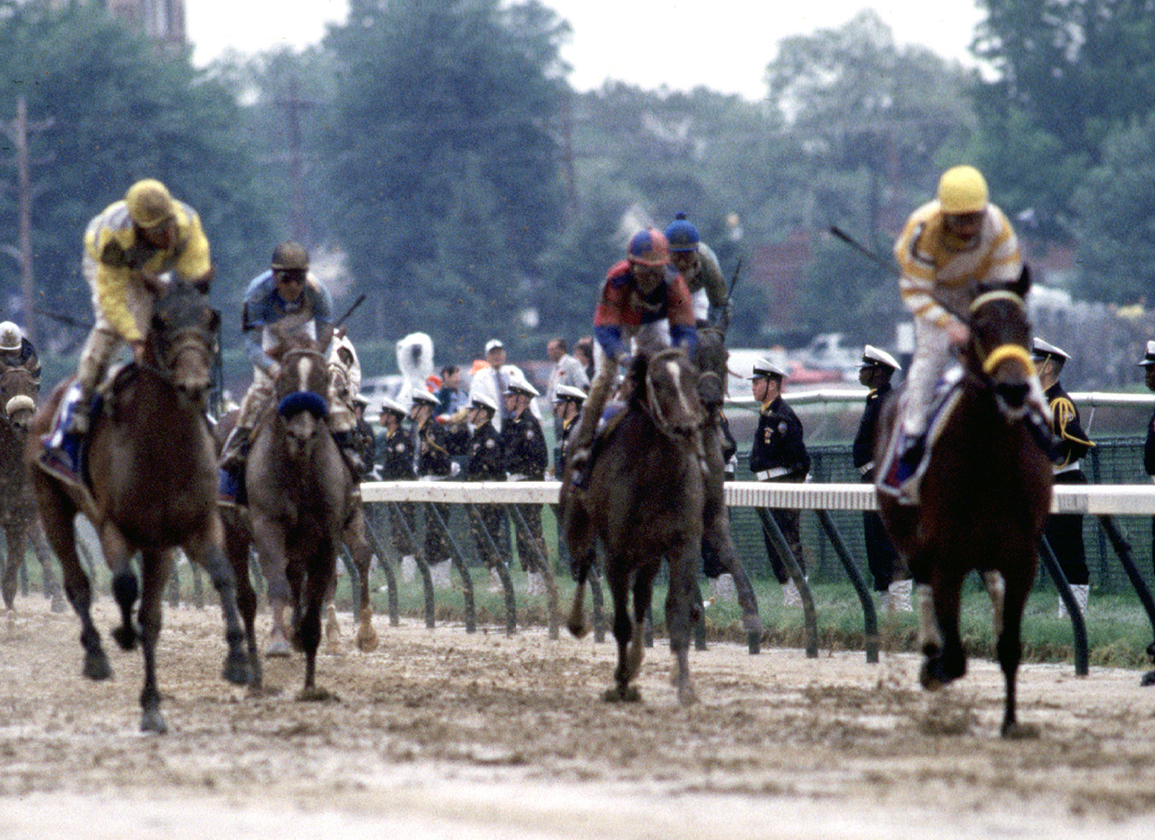 Go For Gin (Cormorant–Never Knock, by Stage Door Johnny), who was the oldest living Kentucky Derby winner, passed away Tuesday due to heart failure at the Kentucky Horse Park, where he had lived since retiring from stud duty in June 2011. The 31-year-old won the 1994 Kentucky Derby and was second behind Tabasco Cat in both that year's GI Preakness S. and GI Belmont S.

“We're honored that Go For Gin was an ambassador of the park for nearly 12 years,” said Kentucky Horse Park Executive Director Lee Carter. “As a visitor favorite, Go For Gin brought visitors from around the world to the Bluegrass and introduced new fans to the sport of Thoroughbred racing. He will be greatly missed by all of us at the Kentucky Horse Park.”

Go for Gin was bred in Kentucky by Pamela Darmstadt duPont, owned by William J. Condren and Joseph Cornacchia, and trained by Nick Zito. In addition to his Derby win with Hall of Fame jockey Chris McCarron, Go for Gin also won the 1993 GII Remsen S. He won 14 out of his 19 races and earned $1,380,866.

Go for Gin took up stud duty at Claiborne Farm and was later sold to Bonita Farm in Maryland, where stood from 2004 until his retirement. His progeny have earned more than $16.5 million and include Albert the Great, winner of the 2000 GI Jockey Club Gold Cup and more than $3 million.

“It saddens me to learn about Go For Gin,” said McCarron. “My memories of him giving me a second Kentucky Derby victory will remain indelible in my heart for as long as I live. Rest in peace, my old pal.”

Go for Gin will be buried at the Memorial Walk of Champions alongside past Thoroughbred residents Forego, Bold Forbes, John Henry, Alysheba, and Da Hoss.

A public memorial service will be held for Go For Gin at a future date.