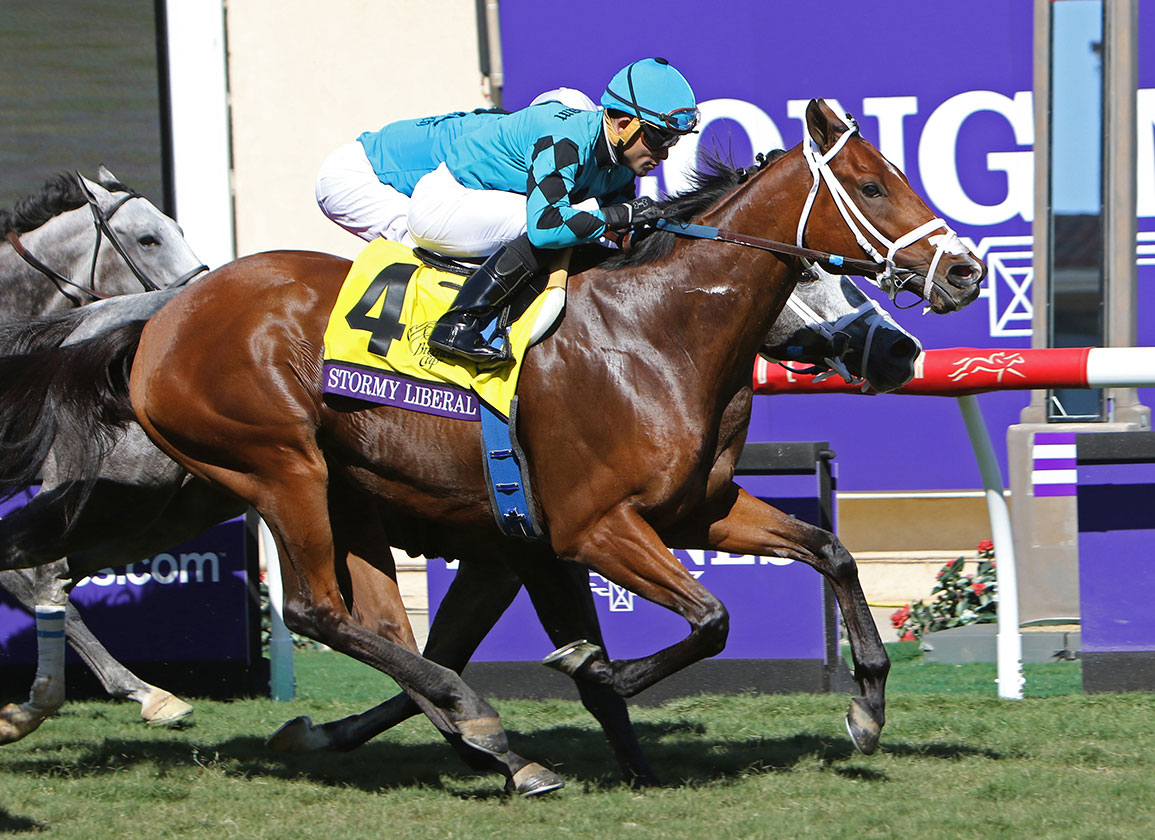 Rockingham Ranch and David Bernsen's Stormy Liberal (Stormy Atlantic) finished eighth in last year's GIII Jaipur S. before his determined score in the GI Breeders' Cup Turf Sprint. He will make his first start since finishing second in the Mar. 31 G1 Al Quoz Sprint at Meydan in Saturday's upgraded GII Jaipur S., a 'Win and You're In' event for this year's Breeders' Cup Turf Sprint. After winning last year's Breeders' Cup Turf Sprint, Stormy Liberal traveled to Hong Kong for an 11th-place effort in the Dec. 10 G1 Hong Kong Sprint. He was second behind stablemate Conquest Tsunami (Stormy Atlantic) in the Feb. 24 GIII Daytona S. before finishing ahead of that entrant in Dubai and the two Peter Miller trainees will face off again in the Jaipur.

The 6-year-old Conquest Tsunami won back-to-back races down the hill at Santa Anita before his third-place finish in Dubai.

“Conquest Tsunami is a very fast, speedy horse, while Stormy Liberal likes to come from a little off the pace,” said Miller. “They complement each other.”

Disco Partner (Disco Rico), world record-setting winner of last year's Jaipur, will look to improve on his third-place effort in his 2018 unveiling in the Apr. 7 GII Shakertown S. over soft turf at Keeneland.

“He ran a good race over softer ground,” trainer Christophe Clement said of Disco Partner's effort in the Shakertown. “We would have loved to win, but he actually ran well and he's been training well. The horse looks good, loves Belmont, and is doing well, so, let's go.”

Gary and Mary West's Pocket Change (Unbridled's Song), unbeaten in three career starts, will attempt to make the jump to graded stakes in the Jaipur. The 4-year-old, a debut winner at Parx last October for trainer Jason Servis, scored a front-running allowance tally over the Aqueduct turf last December. He makes his stakes debut off a Gulfstream optional-claimer win Mar. 22.