GISW Dream Tree Scanned in Foal to Into Mischief 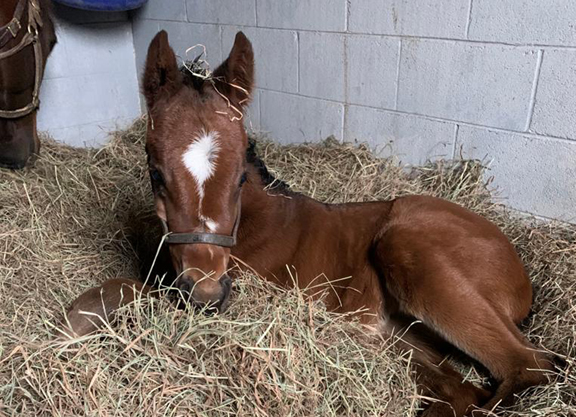 Dream Tree (Uncle Mo), winner of her first five career starts including the GI Starlet S., has been checked in foal to North America's leading sire, Into Mischief. Dream Tree, who is owned by Phoenix Thoroughbreds, produced her first foal Jan. 24 when she delivered a filly by Curlin.

“The news that Dream Tree's in foal to Into Mischief has put a smile on everyone's face at Phoenix,” said Phoenix CEO Amer Abdulaziz. “Her first foal from Curlin is a gorgeous filly and has proved very popular on our social media channels. We wanted to give Dream Tree every chance of producing another top quality foal, which is why we chose to go Into Mischief; it is a fascinating match.”

Dream Tree was the first Grade I winner raced by Phoenix to become a member of the global operation's broodmare band. In addition to her Starlet win, she captured three more black-type events, including the GII Prioress S. and the GII Las Virgenes S., during her seven-race campaign.

This story was posted in Shared News, Top News and tagged Dream Tree, Into Mischief, mare in foal.