Girvin Sharpens Up for Haskell 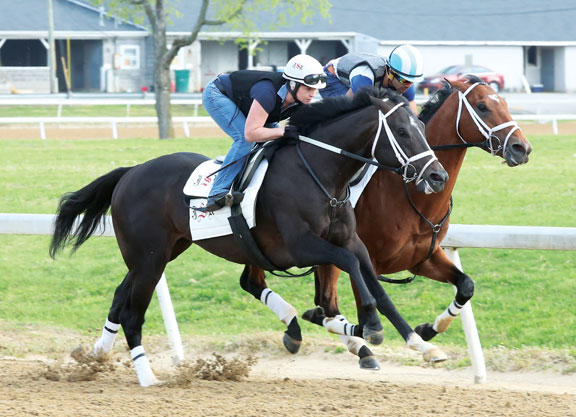 Brad Grady's GII Louisiana Derby and GII Risen Star S. winner Girvin (Tale of Ekati) put in his final piece of work ahead of next Sunday's GI Haskell Invitational a week out from the race, breezing five furlongs in 1:01.3 over a fast main track at Saratoga Sunday morning. The dark bay was last seen finishing second, beaten a nose, behind Irap (Tiznow) in the GIII Ohio Derby June 24.

“It was a great work,” trainer Joe Sharp said of Sunday's drill. “He went along with a workmate and galloped out really well. We'll have him gallop up at Saratoga on Friday before shipping him down to Monmouth. He'll gallop over the track there on Saturday and will school in the paddock that day.”

Girvin has only finished out of the exacta in one of his six career starts–a 13th-place finish in the GI Kentucky Derby over a wet-fast Churchill Downs strip May 6.