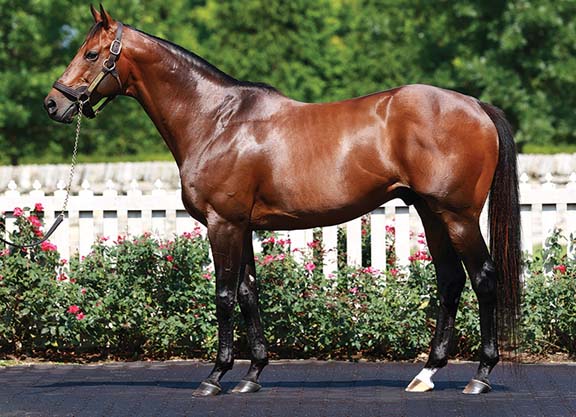 A 2-year-old colt from the first crop of champion Gio Ponti topped the Ocala Breeders' Sales Company's Fall Mixed Sale when selling for $250,000 during the horses of racing age section of the auction Wednesday. Ernie Semersky and Dory Newell's Conquest Stable made the winning bid on hip 478, who was consigned by Ciaran Dunne's Wavertree Stables. The dark bay colt is out of Groovitude (Dixie Union), a half-sister to graded stakes winner and Grade I placed Easter Gift (Hard Spun). Stonehaven Steadings purchased Groovitude, with this foal in utero, for $80,000 at the 2012 Keeneland November sale. The juvenile was purchased by Castelton Lyons for $80,000 at last year's Keeneland September sale. He worked three furlongs during Monday's under-tack show in :33 flat.

Hangover Saturday (Pomeroy) was the top-priced lot during the open session. The 3-year-old stakes-winning mare (hip 299), in foal to Big Drama, sold for $45,000 to Angela Ingenito. She was consigned by Francis and Barbara Vanlangendonck's Summerfield.