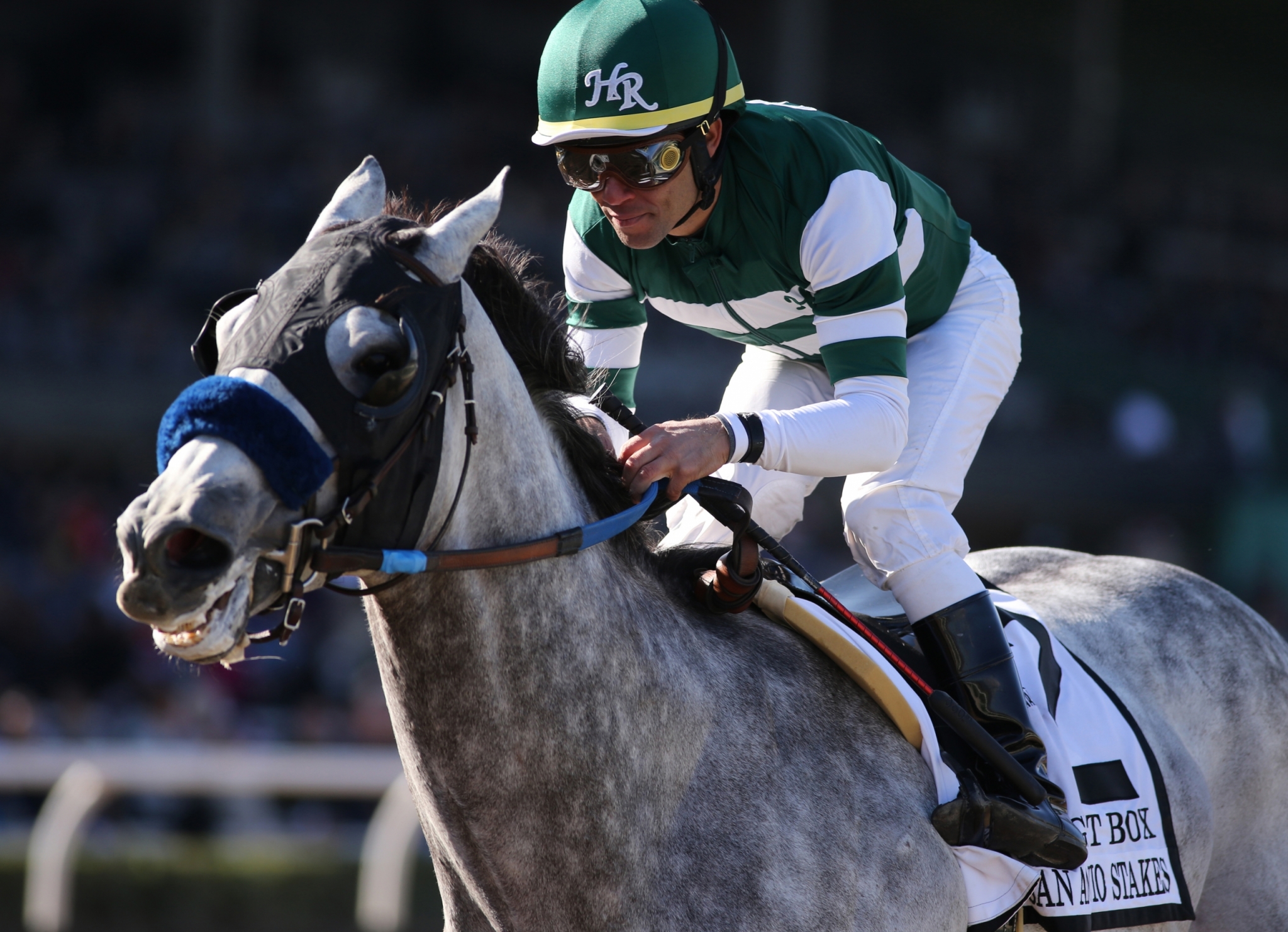 Hronis Racing’s Grade I-winning millionaire Gift Box (Twirling Candy–Special Me, by Unbridled’s Song) has been retired from racing and will take up stud duties in 2021 at Lane’s End Farm.

On the board in the GII Remsen S. as a juvenile and second in the Curlin S. at Saratoga as a sophomore, Gift Box joined the John Sadler barn in the second half of his 5-year-old season and immediately bested GI Breeders’ Cup Dirt Mile hero Battle of Midway (Smart Strike) in the GII San Antonio S. in December of 2018. He then defeated MGISW McKinzie (Street Sense) in a hard-fought duel in last April’s GI Santa Anita H., and was a close second to eventual GI Breeders’ Cup Classic victor Vino Rosso (Curlin) in the GI Gold Cup at Santa Anita that May. He was last seen defending his San Antonio title at the end of December while earning a career-best 107 Beyer Speed Figure. The grey retires with a record of 18-6-6-2 and earnings of $1,127,060.

“Gift Box was an incredibly talented and consistent racehorse,” said Sadler. “We ran him back-to-back in graded stakes race after graded stakes race and he was only ever off the board once. These are attributes you do not often see in the modern racehorse. He had speed, toughness, sound enough to race on in the handicap division, everything a trainer wants in a two-turn dirt horse.”

Gift Box is the highest-earning son of his leading sixth-crop sire, and will stand at Lane’s End alongside both Twirling Candy and grandsire Candy Ride (Arg).

“Gift Box represents so much of what we’re about at Lane’s End: a Grade I winner at a mile and a quarter on the dirt, speed, out of a tremendous mare from a sire line we believe in,” said Bill Farish. “That’s what we’ve been successful with and I’m appreciative of the opportunity Hronis Racing has given us.”

Kosta Hronis added, “Gift Box was always involved in races of the highest level and as owners we could not ask any more than that. John always had a tremendous amount of confidence in him, and time and time again Gift Box proved him right. We are going to stay involved in his next career as a stallion at Lane’s End, where they have a proven track record of nurturing a young stallion’s career.”

Gift Box joins a roster that includes fellow Hronis/Sadler standouts Accelerate (Lookin At Lucky) and Catalina Cruiser (Union Rags). He will be syndicated and available for inspection in the coming weeks at Lane’s End Farm and a stud fee will be determined.