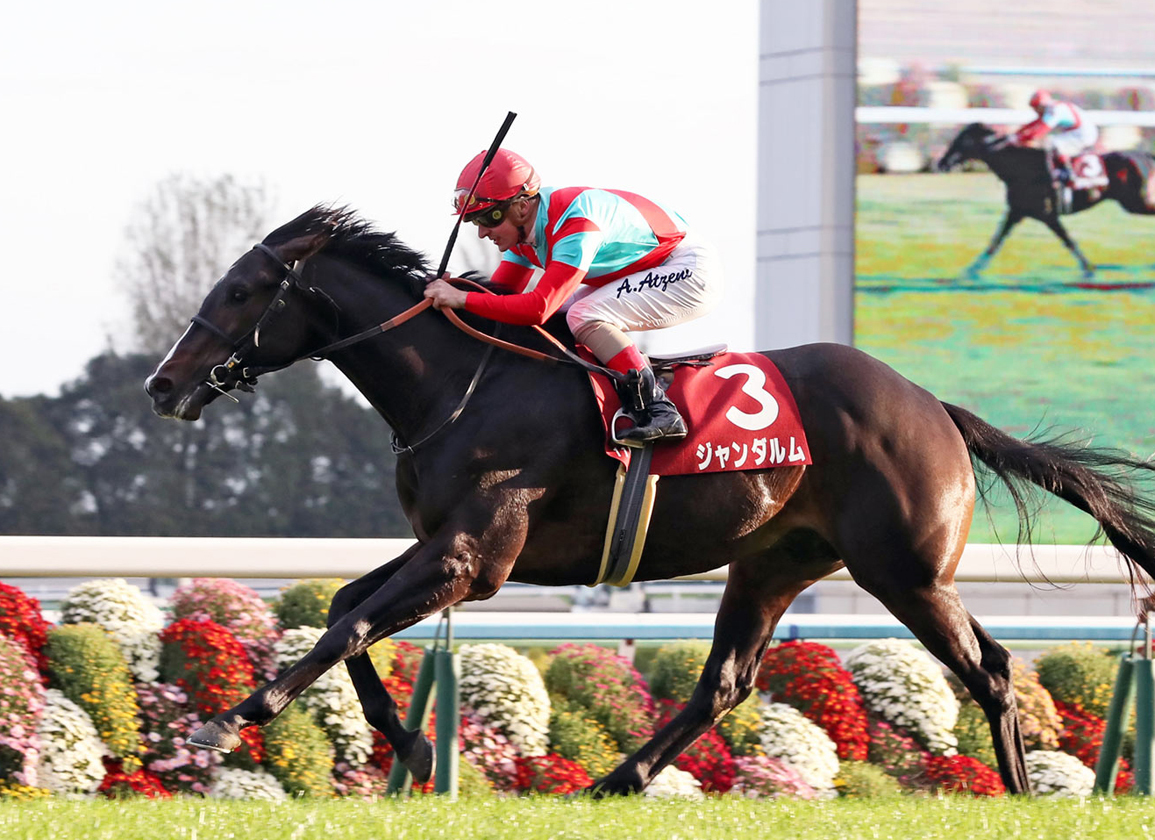 A diverse field of 16 short-track specialists converges on Nakayama Racecourse Sunday as Japanese Group 1 racing emerges from a three-month hiatus in the 1200-metre Sprinters' S.

Koji Maeda's Gendarme (Kitten's Joy) was a Group 2 winner over a mile and Group 1-placed going 10 furlongs at two, but has gone through a renaissance of sorts since being cut back to distances between six and seven panels about this time last year. A listed winner at Niigata at seven-eighths last October, the homebred son of 2002 Sprinters' heroine Believe (Jpn) (Sunday Silence) was third to Resistencia (Jpn) (Daiwa Major {Jpn}) in the G3 Hankyu Hai (1400m) this past February before landing the Listed Shunrai S. in his first try over 1200 metres in April. Seventh and running on in the  G2 Kitakyushu Kinen Aug. 22, he bombed the start of the G2 Centaur S. Sept. 12, setting himself a near-impossible task, but finished his final 600 metres in a race-quickest :32.6. They should fly early and Gendarme can be a late threat.

Danon Smash (Jpn) (Lord Kanaloa {Jpn}), third in this event in 2019 and runner-up last term, tries to complete Japan's Group 1 sprint double, having just defeated Resistencia in the Takamatsunomiya Kinen in March. Prior to that effort, the son of Spinning Wildcat (Hard Spun) caused a 21-1 upset of the G1 Longines Hong Kong Sprint, but he was a flat sixth to the progressive Wellington (Aus) (All Too Hard {Aus}) when most recently returned to Sha Tin for the G1 Chairman's Sprint Prize Apr. 25.

Though Resistencia made the running in the Hankyu Hai and was part of the pace in the Centaur S., she has shown the ability to take a trail and come with a late run, as she did in the Takamatsunomiya Kinen. Hold-up tactics might be the flavour of the day, with the likes of the speedy 2019 runner-up Mozu Superflare (Speightstown) and Bien Fait (Jpn) (Kizuna {Jpn}) guaranteed to set a breakneck tempo.

Pixie Knight (Jpn) (Maurice {Jpn}) was a Group 3 winner over a mile earlier this year, but has run well at this trip in his last two appearances, finishing runner-up to First Force (Jpn) (Lord Kanaloa {Jpn}) in the July 4 G3 CBC Sho and to Resistencia last time. He typically settles midfield and will be run off his feet early, but can get first run on those coming from farther behind.