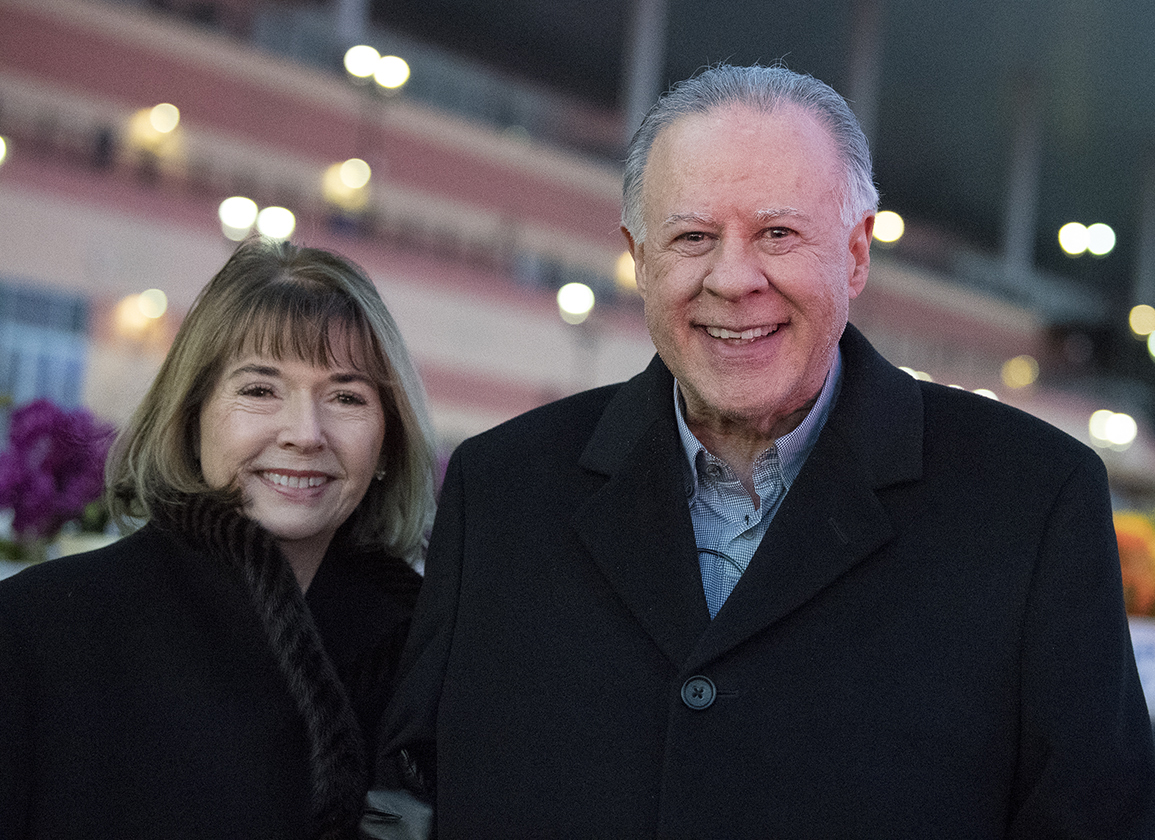 Prominent owner/breeders Gary and Mary West will begin an annual reduction of their broodmare band at Keeneland November starting with the 2021 sale. With Paramount Sales consigning, the Wests will offer 31 broodmares and broodmares prospects at this November's auction. Mares will be offered in foal to Hard Spun, Union Rags and The Factor, as well as to the Wests' champions Game Winner, Maximum Security and West Coast and Grade 3 winner and Grade 1-placed American Freedom.

The Wests had acquired a significant number of mares in past years to support their colts who were going off to stud.

“We just can't keep them all,” said racing and bloodstock advisor Ben Glass. “It's amazing how quickly we accumulated broodmares. We're up to 100, and we only try to have 50-60. You just have to move those mares down the line. It's a tough decision. For all we know, we're selling the dam of another Grade I winner.”

The Wests have been longtime patrons of Keeneland, acquiring many of their stand-out runners at the September yearling sale, including American Freedom, Game Winner and West Coast. They purchased Maximum Security's GI Breeders' Cup Juvenile-winning sire New Year's Day for $425,000 at KEESEP '12, and his dam Lil Indy (Anasheed) for $80,000 at the 2014 Keeneland January sale while in foal to Pioneerof the Nile.

“We have a good working relationship with Keeneland,” Glass said. “They have always done a good job for us. There is a buyer there for every mare.”

Among the Paramount-consigned West offerings at Keeneland November will be Sweet Sweet Annie (Curlin, hip 684), a daughter of MSW Song for Annie (Sultry Song) and half to MSW/MGSP Successful Song (Successful Appeal) offered in foal to West Coast; 3-year-old Applaud (Medaglia d'Oro, hip 751), also in foal to West Coast; and Media Circus (Mineshaft, hip 948), another 3-year-old who hails from the deep female family of Olympio, Tapizar, etc.

“Sweet Sweet Annie is a fine mare with good size and is from a hell of a family,” Paramount's Pat Costello said. “Applaud is a lovely individual from a real deep family that goes back to Hold That Tiger and Editor's Note. Media Circus is also another nice mare, and she is from the family of Tapizar.”

Keeneland Vice President of Sales Tony Lacy said, “The Wests are passionate Thoroughbred owners and breeders, who have been very loyal patrons of Keeneland and have realized some of their greatest triumphs in racing thanks to horses they acquired here. We are grateful for the opportunity to annually offer mares from such a successful operation as an added attraction of the November Sale.”