Gamine Draws Five, Made the Even-Money Choice for the Longines Kentucky Oaks 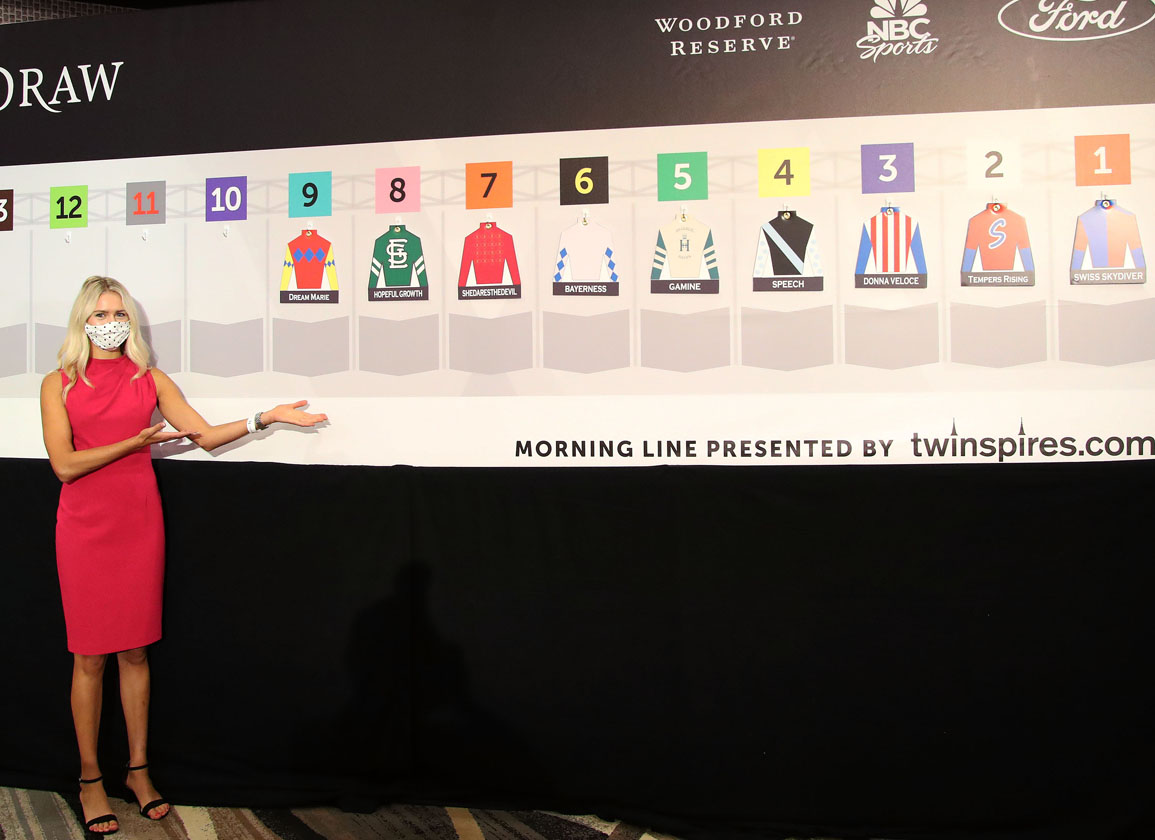 Owned by Michael Lund Petersen, the $220,000 Keeneland September yearling turned $1.8-million Fasig-Tipton Midlantic 2-Year-Olds in Training topper is likely to be hard sent by John Velazquez in what will be her second go around two turns. She defeated Speech (Mr Speaker) in a first-level Oaklawn allowance, only to be disqualified for a lidocaine positive. Bob Baffert is a three-time winner of the Oaks.

Ken McPeek saddles 8-5 second choice Swiss Skydiver (Daredevil), who has drawn the rail with Tyler Gaffalione at the controls. Runner-up to Derby second pick Art Collector (Bernardini) in the GII Toyota Blue Grass S. July 12, she walloped her rivals last time out in the GI Alabama S. over 10 furlongs. McPeek isn’t the slightest bit concerned about the inside post.

“Not at all,” he told Churchill’s Ed DeRosa after the draw. “Fortunately they don’t let me ride her. I like the inside, it’s the shortest trip. I don’t see us taking back. She ran on the front end at Santa Anita and Keeneland. We’ll leave it up to Tyler mostly.”

Speech (Mr Speaker), the GI Ashland S. victress, should sit a stalking trip not far from the leaders and is pegged at an attractive 5-1 early quote. Javier Castellano takes the call from Mike McCarthy from one slot to the inside of Gamine in stall four.

“I’m fine with that,” said McCarthy. “Probably makes things pretty clear for us. We have speed right outside of us and speed inside. We should be able to tuck in with a nice trip.”

The Longines Kentucky Oaks goes as race 12 on a 13-race card Friday afternoon.

5 Gamine (Into Mischief), Velazquez, Baffert, Even