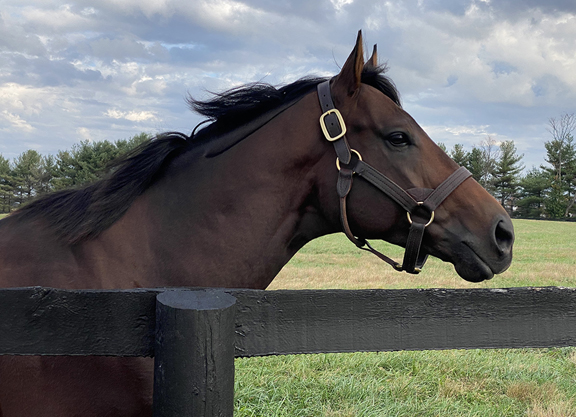 Champion and three-time Grade I victor Game Winner (Candy Ride {Arg}–Indyan Giving, by A.P. Indy)'s first foal arrived Sunday at Machmer Hall. The filly, out of Desire Street (Congrats) was bred by Machmer Hall, and born just before midnight. She was described by Carrie Brogden as a “well balanced, leggy, strapping filly with a great hind leg.”

Brogden continued, “We have already booked a dozen client and Machmer Hall mares back to him, so this baby certainly helps to justify that faith in this juvenile champion son of Candy Ride.”

Game Winner's first mares in foal sold for up to $725,000 at Keeneland November, and he had an average of over $166,000, the highest price for first-crop sires. During his championship season, Game Winner was unbeaten with victories in the GI Del Mar Futurity, GI American Pharoah S. and GI Breeders' Cup Juvenile. He stands for $30,000 at Lane's End.