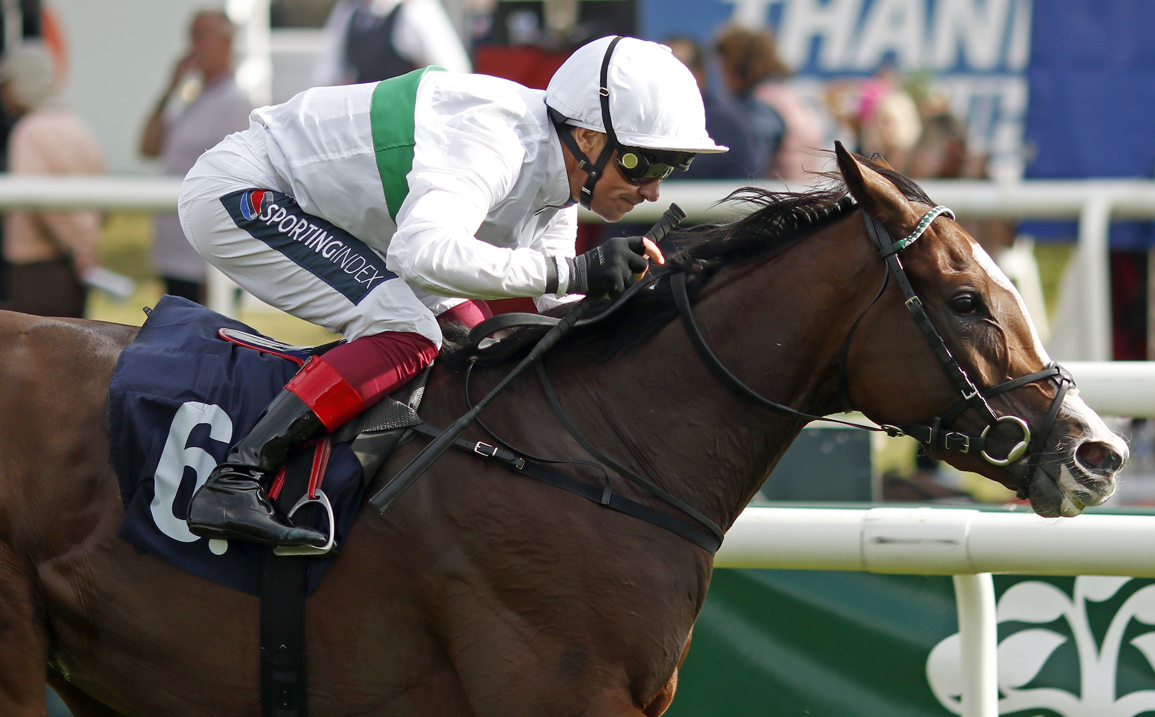 George Strawbridge's 325,000gns Tattersalls October Book 1 acquisition Free Wind (Ire) (Galileo {Ire}) was the stylish winner of Deauville's G3 Prix Minerve last month and simply outclassed overmatched rivals with a seven-length rout in Thursday's G2 Hippo Pro3 Park Hill Fillies' S. over the full G1 St Leger trip. The upwardly mobile sophomore had encountered the reopposing Golden Pass (GB) (Golden Horn {GB}) when a 3/4-of-a-length runner-up to that rival in July's Listed Aphrodite Fillies' S. at Newmarket in her penultimate start and exacted revenge in style. The well-backed 15-8 favourite was swiftly into stride, but immediately reined back by Frankie Dettori to stalk the leaders under a firm hold in third. Looming large on the bridle in the straight to lead with a quarter mile remaining, she surged clear approaching the final furlong and was in splendid isolation in the closing stages, hitting the line with daylight to spare from Golden Pass. Juddmonte's Yesyes (GB) (Camelot {GB}) was best of the remainder and finished 1 1/2 lengths back in third.

“The trip was an unknown, she'd only won over a mile-and-a-half before in France, so that was very pleasing,” said Thady Gosden. “Frankie rode her perfectly, he put her to sleep and she quickened up nicely. She settles well off any pace really and also has a turn of foot that most of those others wouldn't necessarily have. She could have run in the [G1] St Leger and today's race was a different kettle of fish, so we'll never know what would have happened. The obvious options are the [G1 British Champions] Fillies & Mares on Champions Day and there's also the [G1] Prix de Royallieu on Arc day as well.”

Dettori, who drew alongside 19th century riders John Osborne Jr and Sim Templeman on a record six winners apiece in the contest, gave impetus to the latter option and added, “Wow, what a performance today. She's improved a lot and hasn't stopped improving. I rode her on loose ground in Deauville and on good-to-firm today and she's getting better. She's quite tiny, but she's got a massive heart and a big engine. I suspect the Prix de Royallieu on Arc weekend will be next.”