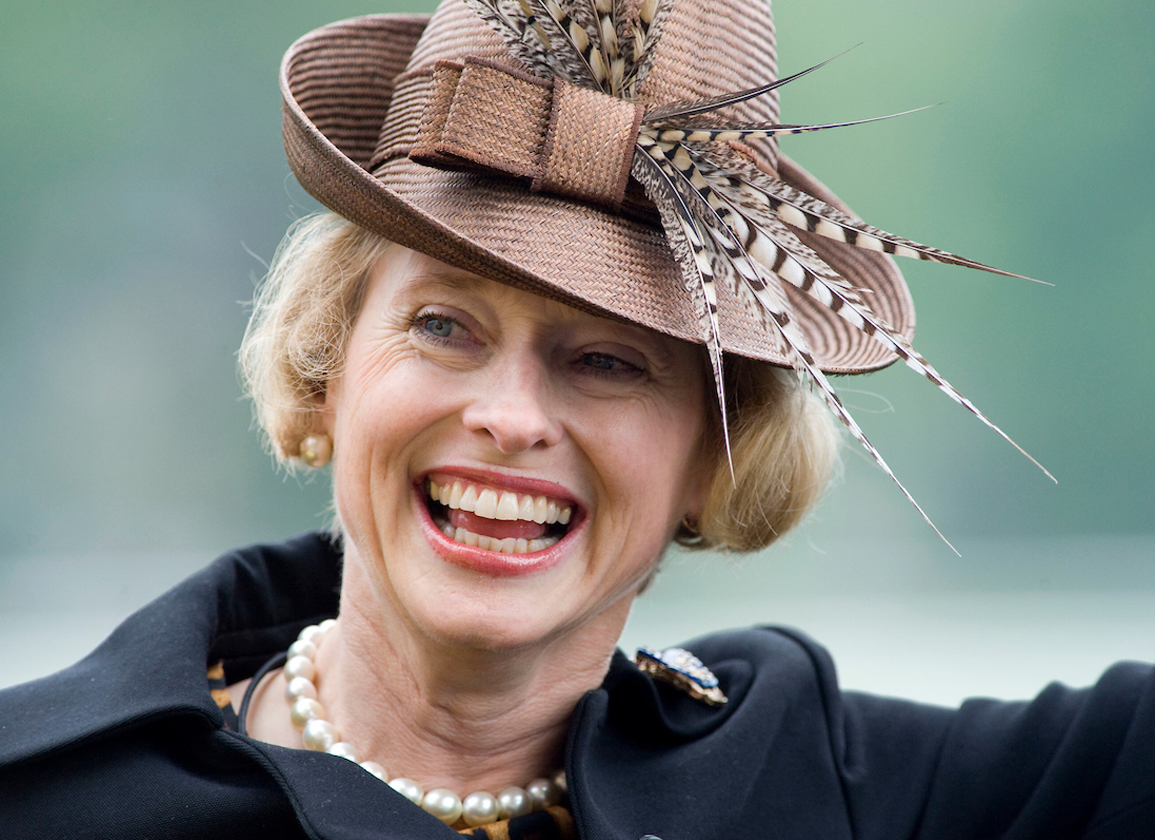 Legendary Australian trainer Gai Waterhouse recently spent five days touring Kentucky's horse country. Upon returning to her headquarters at Tulloch Lodge in Sydney this week, the Hall of Fame trainer of 149 Group 1 wins, including a record seven G1 Golden Slippers, is looking forward to taking her findings and putting them to use at her own exceedingly-successful stable.

“You know the old expression–you can't see the forest for the trees if you're there all day,” Waterhouse explained. “You have to go away to freshen up. I felt like I had to renew my connections and refresh my mind on everything about American breeding. We loved Kentucky, absolutely loved it.”

Bloodstock agent Marette Farrell, formerly Waterhouse's racing manager, served as the acclaimed trainer's tour guide during her time in the Bluegrass. Waterhouse took advantage of every second of her visit as the travelers maintained a jam-packed itinerary during their brief stay.

“We did not sit down for a second,” the effervescent horsewoman said with a laugh. “We kept dozing off in the car.”

One of the chief objectives of Waterhouse's trip was to have her first in-person meeting with Greg Goodman, owner of Mt. Brilliant Farm. In the past decade, Mt. Brilliant has increased their involvement in the Australian breeding and racing market. They currently have several horses in training with Waterhouse and her co-trainer Adrian Bott, including their  juvenile colt Mount Brilliant (Aus) (Redoute's Choice {Aus}), who broke his maiden just last week at Goulburn.

“Their farm was beautiful and we enjoyed seeing the foals, mares and yearlings,” Waterhouse said of her tour of Mt. Brilliant Farm. “They also have a mare that Adrian and I trained for them, Social Distancing (Aus) (Sebring {Aus}). She came over here from Australia and has let down into a beautiful mare with the lush Kentucky grass.”

The group stopped in at several other Thoroughbred nurseries including the farm of breeder and owner Charles Fipke, who also sends horses to Waterhouse in Australia, and Jane Lyon's Summer Wind Farm, where they met Littleprincessemma (Yankee Gentleman) and the month-old Tapit half-sister to American Pharoah.

Waterhouse admitted that any time she visits breeding farms in Kentucky, she is always amazed by the attention to detail each outfit puts into their facility. 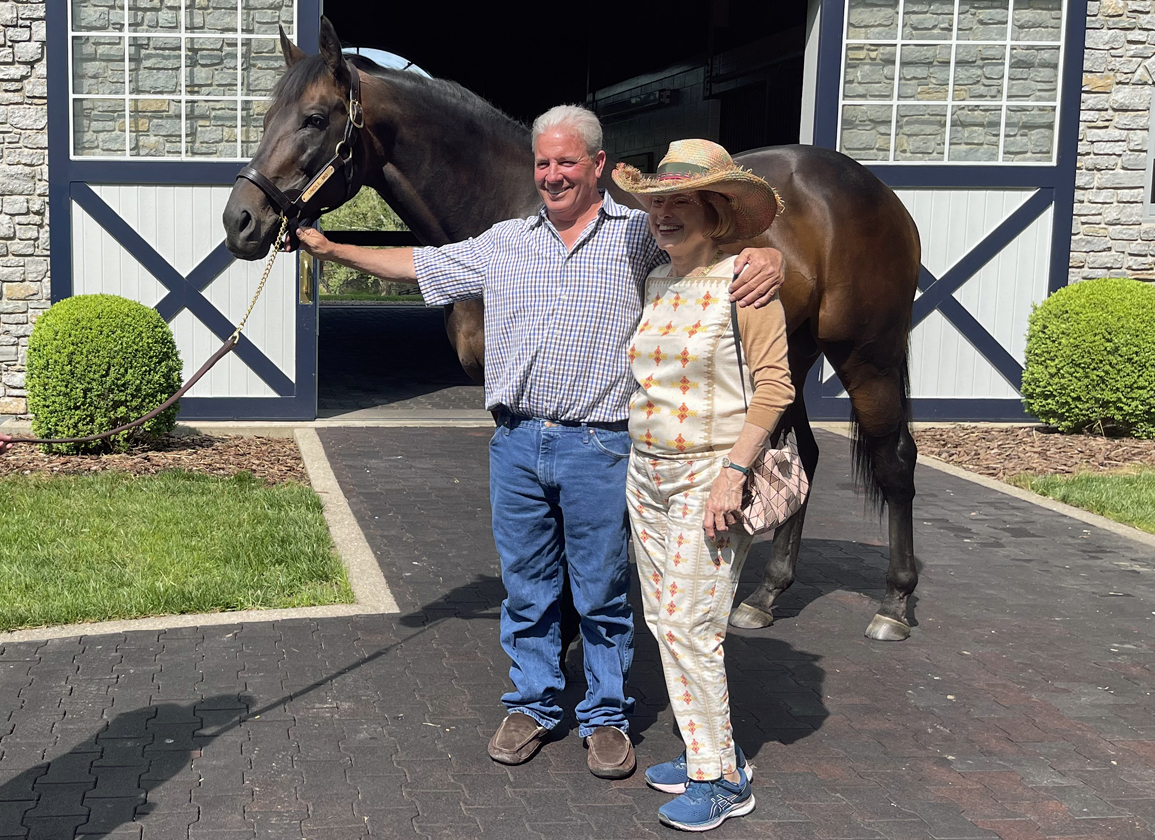 “The farms are all so pristine,” she said. “It's a lot more hands-on. [Husband] Rob asked me as we were driving in, why are all the paddocks mowed? We didn't realize that they have to do that here because the grass is so rich that the horses will get too much and might founder. We don't see that in Australia, so we found it really interesting. The farms are so incredibly manicured. You wouldn't see that in Australia either.”

The caravan also dropped in at several major stud farms. They got a look at WinStar Farm's new stakes-winning sire Nashville (Speightstown), as well as future stallions and MGISWs Life Is Good (Into Mischief) and Country Grammer (Tonalist).

Waterhouse was especially enamored with the picturesque Hill 'n' Dale at Xalapa and its cornerstone sire Curlin.

“What a monument John Sikura has there–beautiful barns and an incredible property,” she said. “Not only is the farm impressive, but the stallions are impressive too. He has a beautiful sire roster.”

At Ashford Stud, Waterhouse was pleased to get a look at red hot sire Uncle Mo and first-crop stallion Justify. Waterhouse and her team have already purchased a number of Justify's progeny in Australia, including a filly out of the Waterhouse/Bott-trained dual Group I winner Global Glamour (Aus) {Star Witness {Aus}). The youngster was purchased for $900,000 at this year's Magic Millions Sale.

While Waterhouse was fascinated by her tours of the breeding farms, she couldn't resist dropping by the track for a few training sessions.

“Of course we had a morning with Wesley at Keeneland,” she recounted. “Wesley has become a really good friend. We chew the cud over training, different methods and keeping horses sound.”

“He is very capable,” she noted. “It was interesting to see how he does his nominations and how he sets up his work sets. He is exceedingly meticulous and it's paying dividends because he's winning plenty of graded races.”

Before heading back home to Sydney, Waterhouse spent a few days in New York City to enjoy Broadway. She pointed out that seeing Hugh Jackman in The Music Man and Daniel Craig in Macbeth were notable highlights.

While it might not have been possible for Waterhouse to spend over a week away from her stable a few years ago, she is enjoying a bit more flexibility these days since she began co-training with Adrian Bott in 2016.

“Adrian and I work very much hand in hand,” Waterhouse said. “We're doing a very good job since we've been in partnership and winning plenty of graded races, but it's nice to have a fresh outlook, especially since everyone has been locked up for over two years. After seeing things overseas, hopefully I can bring back some new ideas with some fresh training methods that we can put in place.”