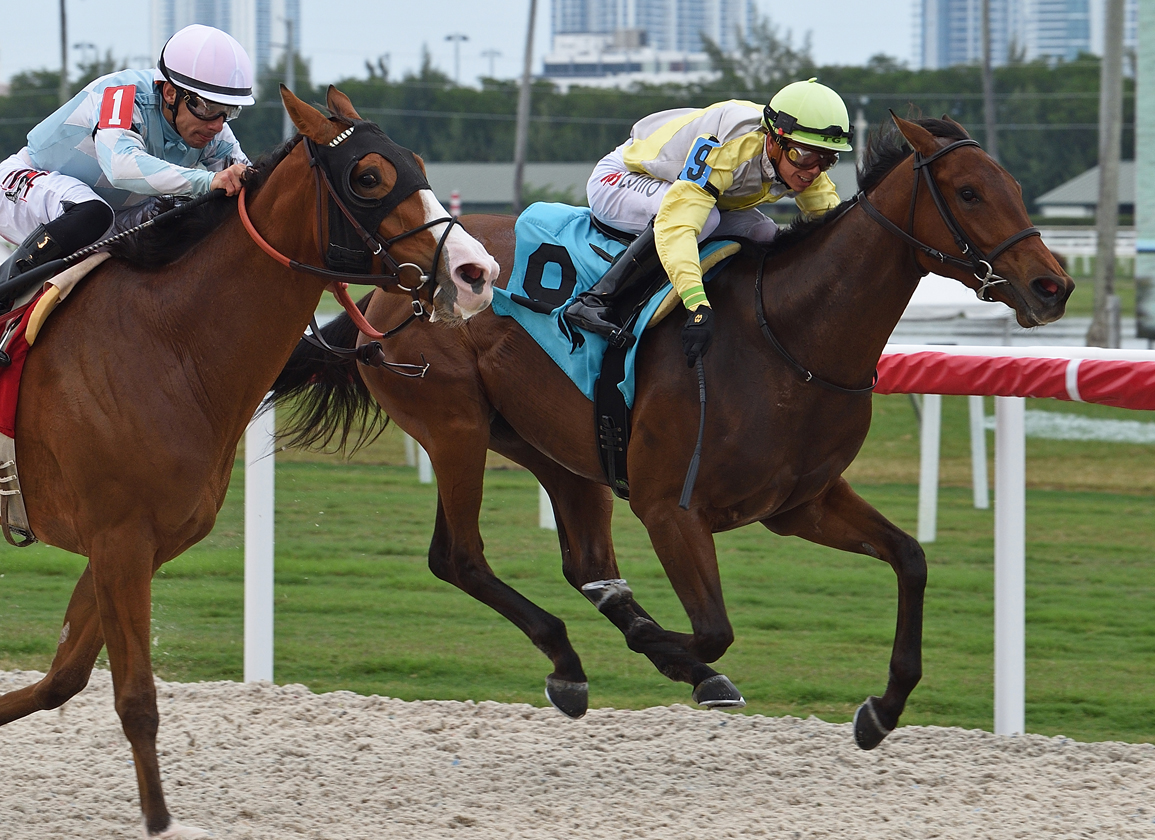 AMERICAN HEROINE (f, 3, War Front–Chatham {MSP, $156,431}, by Maria's Mon) debuted on the turf at this venue Jan. 2 without Lasix, producing a closing kick which carried her five wide into the lane but also to third place within a length of winning. With this race coming off the turf, she broke well and secured a forward position as the 8-5 chalk. The $1.05 million KEESEP score glued herself to the early lead from second on the outside until the far turn, where she tugged her way to the front. Leading a cavalry charge home, Tyler Gaffalione kept his filly's mind on running and despite a huge closing move from Mitigation (Into Mischief), American Heroine had just enough left to hold on by a head in a photo finish. The final time of 1:45.10 is a new track record on the all-weather.