From the Lady Trainer: The JRHA Select Sale 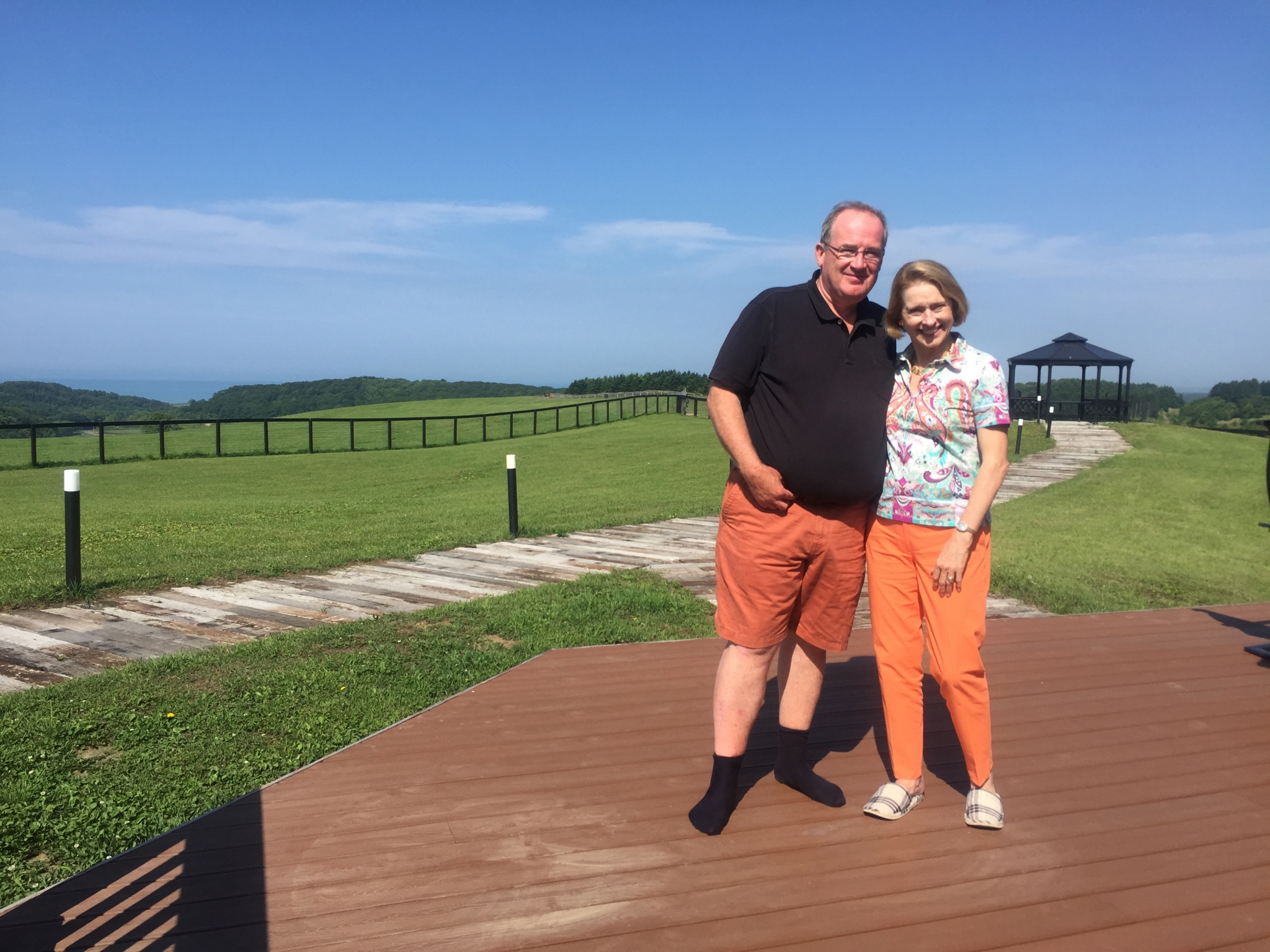 On July 11, 2015, I forged new ground with a trip to Japan and the Japan Racing Horse Association (JRHA) Select Sale. The trip was the brainchild of my husband, Rob. Day after day, night after night, hour after hour, Rob pours through local and international form and his expertise has produced astounding results when it comes to the identification of my 'Cups horses' from Europe and New Zealand. Descarado (NZ), Coco Cobanna (NZ), Herculian Prince (NZ), Fiorente (Ire), Glencadam Gold (Ire) and The Offer (Ire) were all identified as international-tried horses with profiles ideal for the Australian racing scene. All became Group 1 winners under my care.

Something that has struck Rob for many years, and is plain to see for anyone with the smallest interest in horse racing, is the dominance of the Japanese stayers internationally. With neither Rob nor I afraid of a challenge or a calculated gamble, we set off with a group of owners to see with our own eyes what it is that Japan is doing better than the rest of the world.

Families such as the Yoshidas have spent the last 20 years building the most exceptional broodmare bands and stallion rosters with local and international champions. So first, their bloodlines are world-class. I found that the stamina, size and scope of the Japanese-bred horses was quite astounding. Why? Travelling to Hokkaido for the JRHA Select Sale certainly gave us some insight into the environmental influences in the production of these mighty stayers.

First, they are bred in an extremely cold climate, it gets down to seven below (Celsius) (19 Farenheit) in Hokkaido, where 90% of the breeding farms are based. When we visited Harry Sweeney's Paca Paca Farm, he informed us that none of his yearlings came in through the winter, which surprised us, because in my experience, so many foals and weanlings are mollycoddled and boxed far too early.

Japanese buyers begin their initial inspections on the stud farms, and Harry could have up to 75 separate parades. This is unprecedented in Australia. We saw the sister to the Derby winner Deep Brilliante (Jpn) (Deep Impact {Jpn}–Love And Bubbles, by Loup Sauvage), and foals that were only three months old. I was quite surprised to see the young horses undergo such an arduous regime and I was even more surprised, when we arrived at the sales grounds, to see a 200-acre paddock with over 200 foals standing quietly with their attends, alongside their mothers. As Rob said, it was like speed dating as prospective buyers moved efficiently from mare and foal, to mare and foal in order to inspect each of them in the allocated two-hour time slot. They then returned to their stables before parading in a pre-parade ring prior to entering the ring.

The foals seemed to 'cop it on the chin,' as we say in Australia, and they were utter professionals. One of my clients, stud owner David Kobritz of Musk Creek Farm who consigned Pierro (Aus) (Magic Millions, 2011), commented on how docile and quiet the foals were. The reason for this, and the second key to success, is that they are constantly handled from such a young age.

The third most-impressive aspect of the horses' regime in Japan was the workload the young horses undertake. Yearlings complete pacework, as we saw at Northern Farm's Kuko pre-training facility, at a steady rate up a steep incline (approximately 20 metres). Kuko is one of four pre-training properties owned by Katsumi Yoshida and it is quite breathtaking. With their indoor gallop and what I found to be quite a heavy woodchip surface, the horses do not miss a day's work. The 2-year-olds look more like 3- and 4-yearolds, and their bone mass was quite astounding. Their attrition rate is very low, with 65% of the foal crop racing at two and 83% racing at three. Australia is renowned for producing precocious racehorses, yet only 37.5% race at two. I think every stud around the world should take a page from the Japanese breeders' book. They are breeding big, tough, sound horses with the ability to dominate some of the world's most prestigious races.

The sales arena felt like Keeneland in September and at the back of the ring, the podium replicated front of house giving everyone the feeling that they were amongst the theatre of the auction. I thought that another refreshing aspect of the sale was that each horse's reserve price was well and truly displayed prior to the commencement of the auction. I, like many, enjoyed the full disclosure and I think people felt more comfortable knowing the reserve.

As I write this, Rob and I are about to take flight to the wonderful Saratoga Springs. It will be most interesting to compare the differences between Japan and the U.S., and we cannot wait to explore all that the boutique sale has to offer.