Home » Archive » Shared News » From An Ohio-Bred Maiden to Stardom? For Amadevil, It Could Happen

From An Ohio-Bred Maiden to Stardom? For Amadevil, It Could Happen 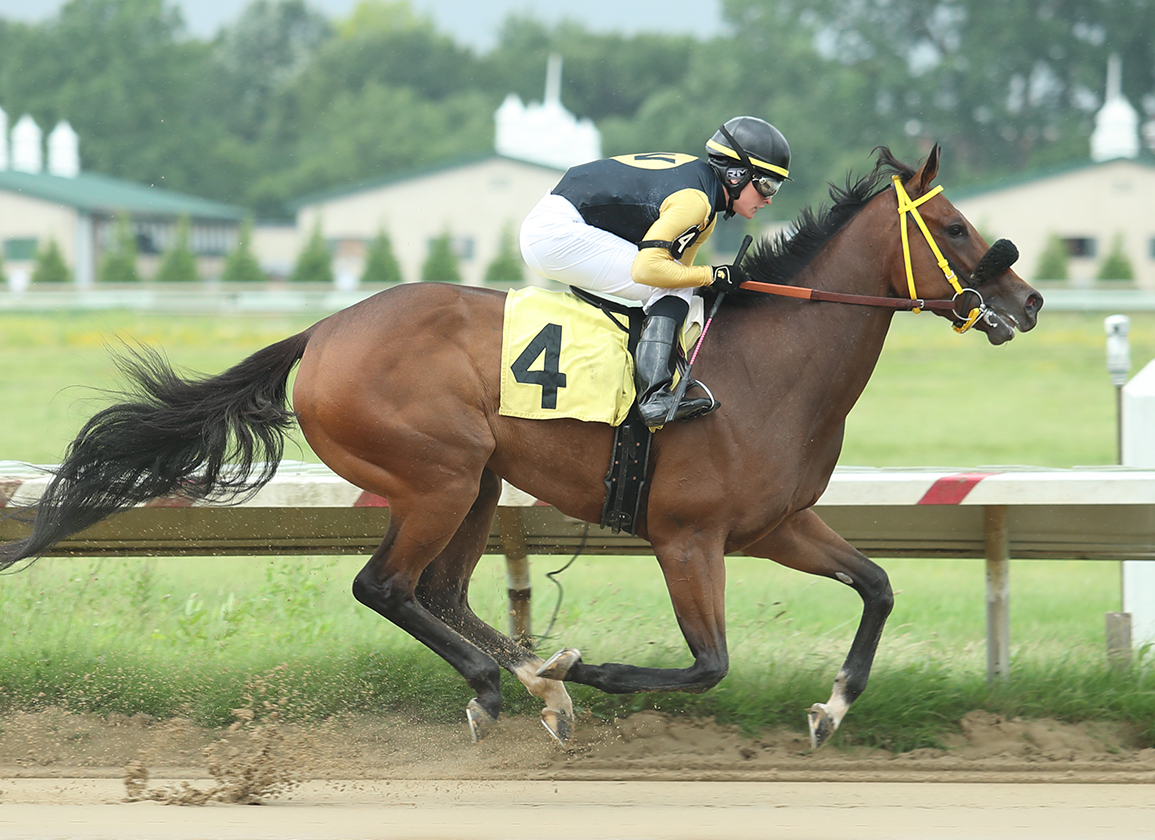 David Wolochuk understands that there's only so much a horse can prove in a five-furlong maiden race for Ohio-breds run over a sloppy track. Then again, he's excited about a horse named Amadevil (Dominus). And who could blame him?

“Now I see why they say no one has ever died when they have a good horse in the barn,” he said. “She makes it real easy to get up in the morning.”

On a quiet Monday afternoon earlier this month at Thistledown, the horse owned by and trained by Wolochuk named Amadevil ran so fast and won so easily that it seems perfectly plausible that the 3-year-old filly, despite her humble beginnings, will be heard from in graded stakes company before her career is over. Under wraps in the June 21 maiden, she won by 24 1/4 lengths, covering the five furlongs in :57.48. The track record at the distance is 57.40 and it has stood since 1978. Her Beyer figure was a 94 and her Thoro-Graph number was a 2 1/2. Those are the sort of numbers that win graded stakes races for 3-year-old fillies.

“We knew she had some ability, but, of course, I was surprised by what she did,” said Wolochuk, who divides his year between Turf Paradise and the Ohio tracks. “We thought she was a really nice filly but I can't tell you I thought she'd be a tick off the track record geared down.”

Wolochuk came across Amadevil when she was a yearling. The stallion, Dominus, stands at Spendthrift for $5,000 and the dam, Preachette (Pulpit), was unraced. Amadevil was her second foal and the first to make it to the races. Still, Wolochuck liked Amadevil from the start and began talking to her breeders, Marne Fauber and the late Heidi Cecil, about a possible purchase. Wolochuk said the breeders were inclined to sell because Cecil was ill with cancer and they wanted to cut down on their numbers to “lighten the load.”

Already anticipating he might have a good horse, Wolochuk named her after another over-achieving state-bred. The first Amadevil was a fast Nebraska-bred sprinter born in 1974 who won 20 stakes races, including the Count Fleet H., the Paumonok H. and the Phoenix H. The first Amadevil ran 93 times, won 33 races and set three track records.

This Amadevil had some shin problems that kept her out of the races as a 2-year-old, but she's healthy now and ready to tackle bigger challenges. While Wolochuk believes she can win at the graded level, he said the immediate plan is to keep her home and race in Ohio-bred stakes races. The Ohio-bred stakes program offers plenty of options and the purses range from $75,000 to $100,000, which could be easy money for a horse with this much talent. He could see her going from there to an allowance race at a major track.

“With the way the bigger tracks write their allowance races, state-bred wins don't count against you in the allowance conditions,” he said. “We can get her some more seasoning and see how it goes. Then maybe go to a place like Keeneland or Churchill in the fall.”

That's if Wolochuk keeps her.

Since starting his career, he has been a steady winner at tracks in Ohio, Arizona and New Mexico, but has never won a graded stakes as a trainer, let alone as an owner. He'd like nothing more than to win a major race at a top track, but is well aware that the right move might be to sell. He said he has heard from a number of agents and is still deciding what to do.

“My dreams are for sale,” he said. “That's going to be the case as long as I have kids who are ready to go off to college. If I were a little older it might be a different story. This is something I have to think about. I am a businessman and if there is a fair offer I will have to listen.”

Looking far down the road, Wolochuk, a native Californian, said he might take his filly to Santa Anita. If she continues to thrive in lesser spots, a race like the GI La Brea S. in late December could be in the offing. But is that too much to ask of a filly who has done nothing more than beat Ohio-bred maidens at five furlongs? Maybe. Maybe not. For Amadevil, the next several months should be interesting ones.