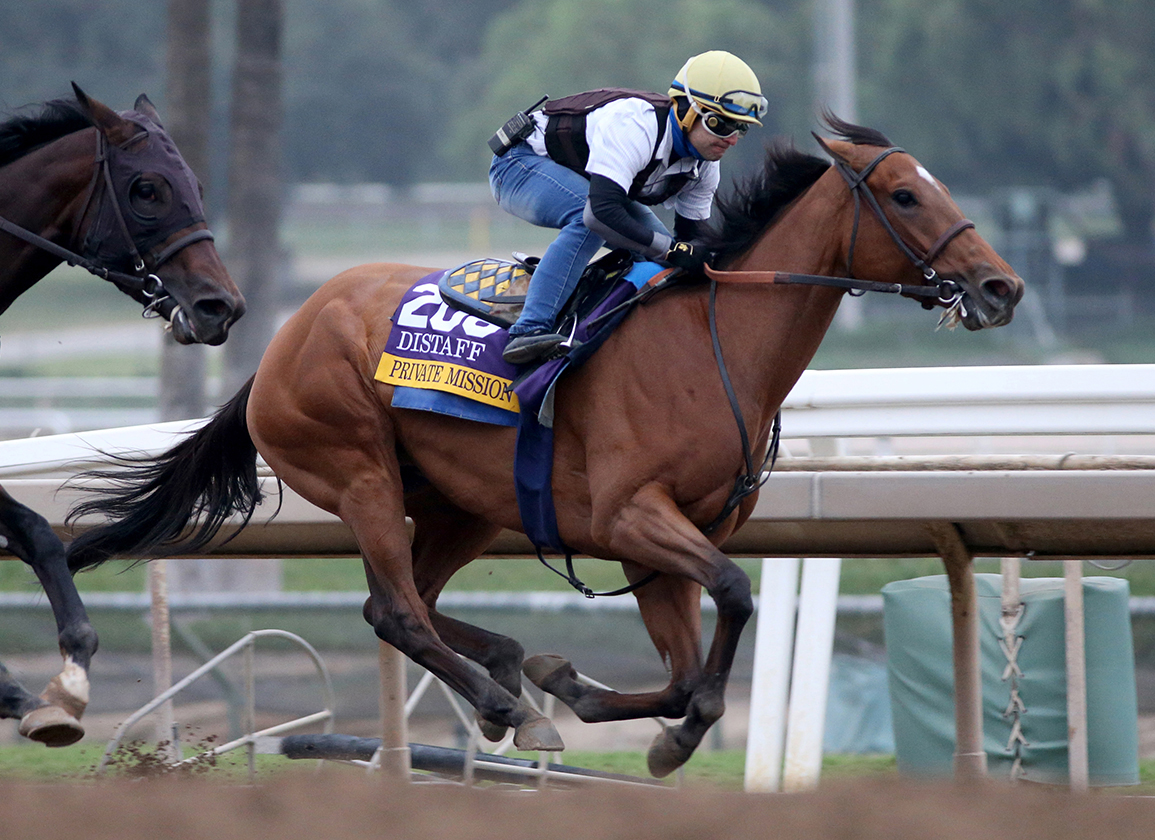 Trainer Bob Baffert boasts a record seven victories in Santa Anita's GI La Brea S., and a winless drought since 2012 could come to an end for the Hall of Famer Sunday. Baoma Corp's $750,0000 Fasig-Tipton Saratoga buy Private Mission (Into Mischief) cuts back after setting a supersonic pace in the GI Longines Breeders' Cup Distaff Nov. 6. Prior to that she was an easy winner of Del Mar's GIII Torrey Pines S. Aug. 21 and the local GII Zenyatta S. Oct. 3. Both those victories came around two turns, but the bay is a two-time winner at distances shorter than this seven-furlong trip. Kalypso (Brody's Cause) gives Baffert a strong one-two punch. Victorious in the GII Santa Ynez S. over track and trip just over a year ago, she was bested at short odds in two consecutive route tries before bleeding and being eased in the GII Eight Belles S. at Churchill Downs on GI Kentucky Oaks day Apr. 30.

Missy P. (Into Mischief), a full to Grade I winner at this distance Mia Mischief, aired by 9 1/4 lengths on debut here in March–making her a shoe-in for 'TDN Rising Star'-dom–but she could only manage second at odds-on in the Angel Flight S. over track and trip May 1 and has been off since finishing fifth in the turfy Desert Code S. against the boys June 6.

Speedster Livingmybestlife (The Big Beast) annexed Los Al's Lucky Spell S. over six furlongs Sept. 24 and the restricted Seashell S. going a two-turn mile at Del Mar Nov. 3. A win by that Hronis Racing colorbearer would be trainer John Sadler's first in the La Brea since he won three out of four renewals from 2007 to 2010.