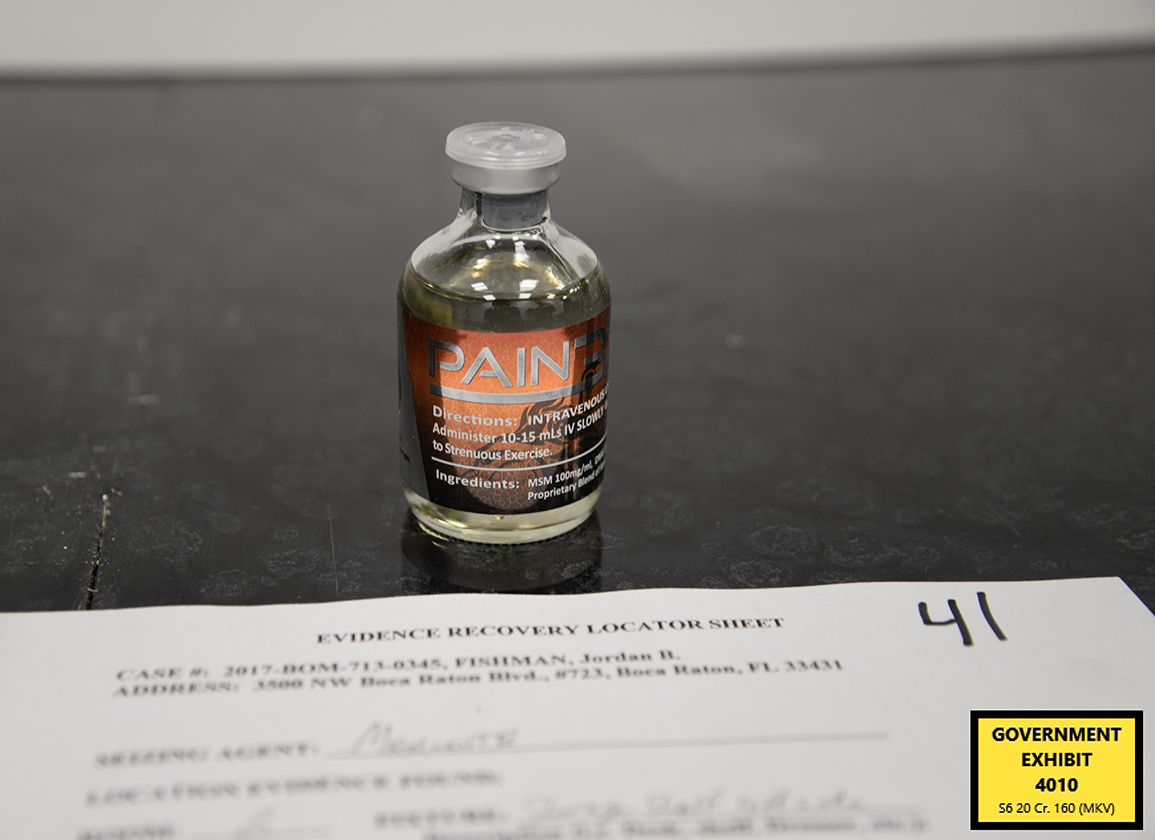 It was nearly two years ago when former Standarbred trainer Ross Cohen was among 27 trainers, veterinarians and others snared in the largest horse doping prosecution in U.S. history.

In a New York courtroom Jan. 26, Cohen surfaced on the stand as a key government witness against Dr. Seth Fishman–the first of those arrested in the case in Mar. 2020 to go to trial on charges of conspiring to violate adulteration and misbranding laws.

As Fishman observed from the defense table, Cohen testified that when he was training horses at Yonkers Raceway years ago, he purchased performance enhancing drugs years ago from Lisa Giannelli, who worked as a distributor for Fishman and the veterinarian's Florida-based drug manufacturing business Equestology.

“He said it takes away pain and stops horses from getting tired in race,” Cohen said. “It had a performance-enhancing effect.”

Cohen testified about another conversation with Fishman in which he complained that Frozen Pain worked great for some horses when they were racing in his stable, but not so much other horses.

“He said it was hard to keep it stable and to get good employees to make it,” the witness testified, referring to Fishman. “He said he was going to stop making it.”

During his testimony, Cohen said he agreed flip in June of 2020. He pleaded guilty to conspiracy and agreed to testify on behalf of the government in exchange for leniency at sentencing. Prosecutors kept the plea deal under wraps until Wednesday.

Prosecutors say Fishman produced performance drugs that trainers administered to horses to boost their chances of winning races. They said the doping put racehorses at risk of breakdowns and death. They said Fishman sought to created drugs that couldn't be detected in post-race testing.

As he was questioning Cohen, prosecutor Andrew Adams introduced photos of six of those charged in the case and had the witness identify them. One of the photos was that of former top Thoroughbred trainer Jorge Navarro, who has since pleaded guilty to conspiracy. He was sentenced in December to five years in prison.

After Cohen identified Navarro, Adams played for the jury a video of the Navarro-trained sprinter X Y Jet winning the $2.5-million G1 Dubai Golden Shaheen in 2019. The video shows an exuberant Navarro celebrating the victory in the paddock.

Adams next had the jury read a text Fishman sent to Navarro and the response he got.

“Thank you, boss. You're a big part of it,” Navarro replied.

Cohen admitted to a checkered past when he was a harness trainer. He served suspensions for drugs and had been barred from racing at Monticello Race Track and Yonkers. He was eventually allowed to return to Yonkers.

In the plea agreement, Cohen admitted to fixing races.

“I paid drivers for somebody to hold their horses back in races,” he testified.

Maurice Sercarz on cross-examination sought to suggest that Cohen had turned on Fishman to save his own skin.

“Who decides if you're telling the truth?” the lawyer asked.

“I assume the government,” Cohen responded.

The trial's sixth day in U.S. District Court in Manhattan also featured testimony from Dr. Cynthia Cole, director of the racing lab at the University of Florida, where she oversaw drug testing of horses competing at Florida tracks.

Cole was called as expert witness to identify the drugs Fishman was peddling and if they would be performance enhancers if administered to horses when they raced. In her opinion, Fishman's products were PEDs.

During her time on the stand, Cole was asked to comment on a Fishman product called Serenity. She said it appeared to be a sedative.

It was her testimony that it may seem counterintuitive to administer a sedative to a horse before a race, but she explained that some horses, especially young horses, can be high-strung.

“The ability to produce a mild sedative that could take the edge off, if you will; could help a horse perform better in a race,” she told the jury.