Force the Pass to Saudi Arabia 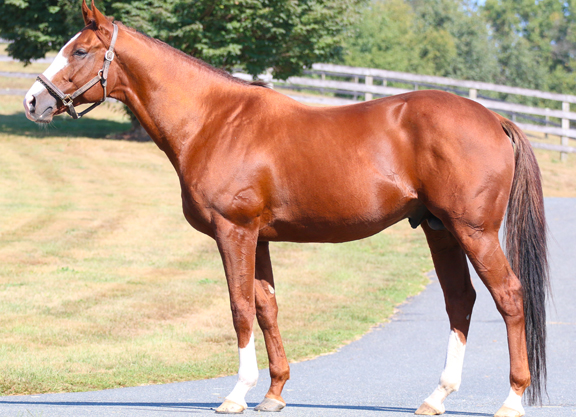 Grade I winner Force the Pass (Speightstown–Social Queen, by Dynaformer), who stood his first season at stud in 2020 at Anchor & Hope Farm in Maryland, has been sold and will continue his stud career in Saudi Arabia. The 8-year-old stallion was acquired last year by TK Kuegler's Wasabi Ventures Stallions, LLC, and represented Wasabi's first foray into the stallion business.

“When we obtained Force the Pass a year ago, we had every expectation of turning him into a successful Midlantic stallion,” said Kuegler. “We never had any intention of selling him,

but when the offer came in out of the blue from Saudi Arabia, it was just too good to pass up. As everyone involved in racing and breeding knows, it is very hard to make money in this business, and while we are sad to see Force the Pass go, we are pleased for the ownership group that our first stallion venture resulted in a favorable outcome for them–especially during what have been generally challenging economic circumstances. Now, with this fantastic result under our belt and having learned a great deal about the stallion business, we can turn our attention to finding the next successful Wasabi stallion.”

Wasabi Ventures initially began with racing partnerships and, after taking on its first stallion with Force the Pass, has recently branched out into broodmare partnerships.