Home » Archive » Top News » For Second Day of Meet, Monmouth Will Have Plenty of Jockeys, Horses

For Second Day of Meet, Monmouth Will Have Plenty of Jockeys, Horses 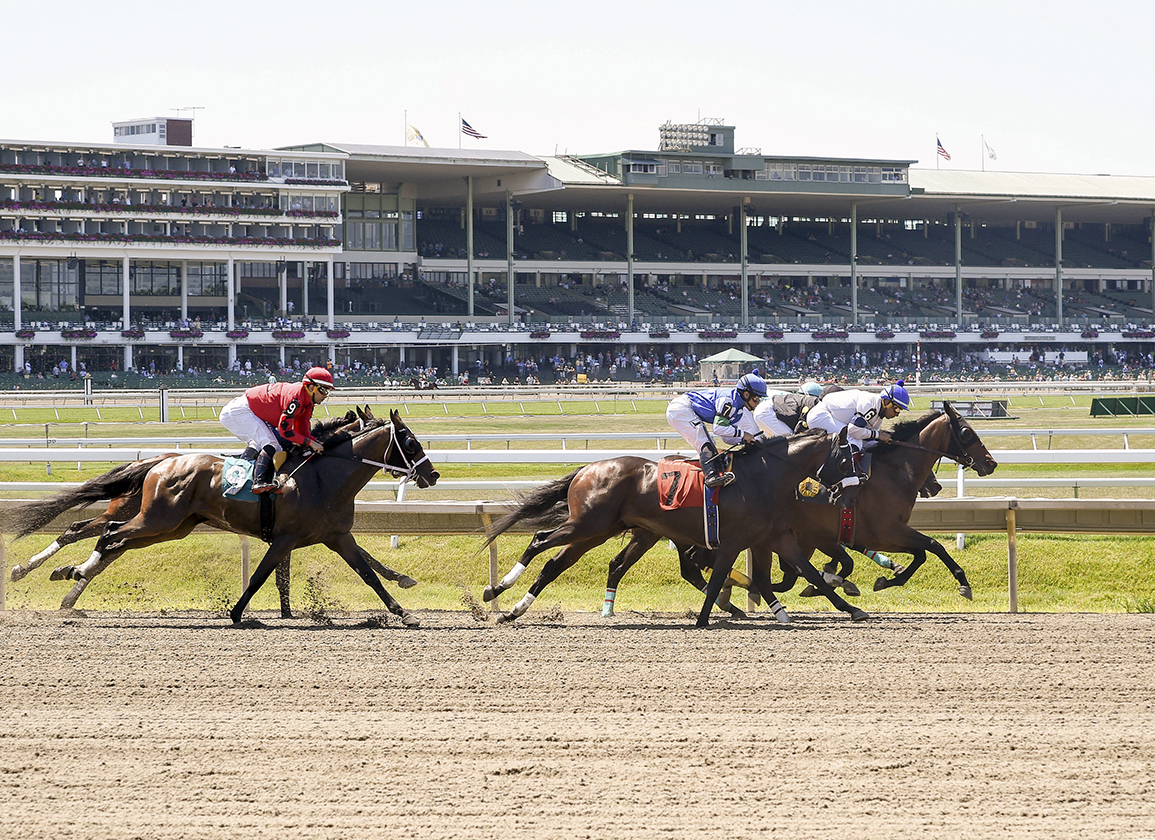 The Monmouth Park racing office appeared to have no problem attracting horses and jockeys for Saturday's card when entries were taken Thursday. A 12-race card attracted 107 entries and there are 22 jockeys named to ride. There had been concerns that the track would fall short in both categories because some of the top riders have decided to sit out the opening weekend at Monmouth because they are concerned about new rules that prohibit whipping in the races, with the only exception being instances when there are safety concerns.

“We are happy with the way things have worked out,” racing secretary John Heims said. “We have some really good races for Saturday. It is a very nice card.”

When asked if the absence of some of the regular jockeys was making it harder to fill entries, Heims said: “It's not a factor and it wasn't a factor for Friday's card either. I read a lot of what was written and one thing that bothered me was somebody writing that we had to scrounge up these riders. We didn't scrounge up anybody. That's not fair to the guys who wanted to ride and feel comfortable doing so.”

The jockey colony for Saturday will include some notable names who are not scheduled to ride Friday. Ferrin Peterson, second leading rider last year, has four mounts and Nik Juarez, seventh in the standings in 2020 will ride four. Both will sit out Friday's card because they were serving suspensions. Hector Diaz Jr., last year's fifth leading rider, will also join the colony after accepting mounts for Friday at Belmont. Seven of the top 12 riders in 2020 will ride Saturday, the notable exceptions being Joe Bravo and Antonio Gallarado. Leading rider Paco Lopez will also be missing, but will be honoring previous commitments he made to trainers to ride this weekend at Gulfstream Park.

The pool of available riders Saturday also includes New York regular Dylan Davis, who will be riding for, among others, Chad Brown. He has seven mounts. Davis was sidelined earlier this year when breaking his clavicle in a spill and has not ridden since March 20.

While there will be one six-horse field Saturday, there is also a 16-horse race, an 12-horse race and an 11-horse race. Heims said he could have attracted even more horses, but decided to only card four grass races because of the threat of rain Saturday.