For Owner Brook Smith, There's a Method to His Madness 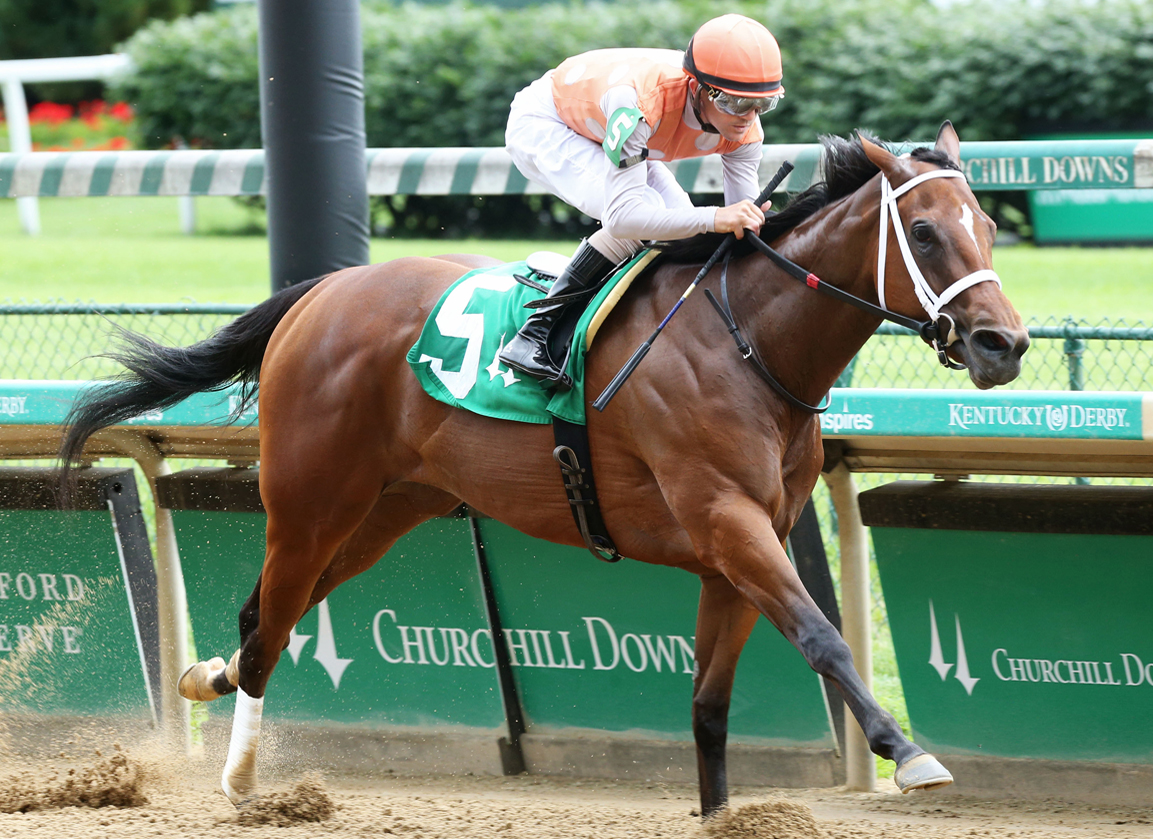 As the field loaded for Saturday's fourth race at Churchill Downs, Brook Smith could feel the butterflies churning in his stomach. He had just made one of the biggest bets of the meet, a $300,000 flyer. He hadn't bet to win, place or show but that three costly but unproven 2-year-olds were headed to bigger and better things. In less than a minute, he might be proven right but he also could have been proven very wrong.

“This wasn't some rich dude or someone who has some money in his pocket that was just shooting from the hip,” Smith said. “That's not at all what was going on here.”

What was? It turns out that it was a case of an owner who was not afraid to do something different and didn't care if some concluded he was naive, foolish or some combination of the two. Looking to build up his new stable, RSLP (Stands for Rocket Ship Launch Pad) Racing, Smith claimed three horses out of the pricey maiden claimer, paying $100,000 for each one. He claimed the winner, Just Call Ray (Mohaymen), the fifth-place finisher Versatile (Violence) and Braggadocio (Fr) (Caravaggio), who was 10th and last.

“I can't lie and say my adrenaline wasn't pumping,” he said. “If not, you're not alive. I thought, OK, I have signed on to this. What will be will be. At least for now, with the way the race turned out, it looks like we hit it somewhere in the middle.”

With Bill Denzik as his trainer, Smith has operated a small stable for two decades, but only recently decided to get more involved in ownership. He said RSLP will eventually become a partnership, but, for now, he is looking to build up his numbers and lay a foundation for the future. He hired Denzik to be his racing manager and brought in Jeff Hiles to train for him.

He also runs a handful of horses under his own name and won Saturday's second race at Churchill, an allowance race worth $102,000, with Lovemesomeme (Paynter), a 3-year-old plucked out of the 2019 Keeneland September sale for $8,200.

Smith said he will return to the sales later this year, but did not get everything in place for the RSLP stable in time to shop at recent 2-year-old sales. That's why he went shopping in the $100,000 maiden claiming race.

Entering Saturday, RSLP had already claimed four older horses at Churchill for a combined $180,000, but Smith was just getting started. He wanted some younger horses to complement his growing stable, so he focused in on the $100,000 maiden claimer, which was run at five furlongs.

“He wanted to get in and play ball and young horses are where it is at,” Hiles said. “We thought, let's take a shot with these 2-year-olds. You never know what you are getting.”

There was a case for claiming Just Call Ray. He had been a competitive fifth in a maiden special weight race in his debut and was dropping in class. Versatile and Braggadocio, both first-time starters, seemed a bit like a reach. Versatile is a homebred who was owned by Whitham Thoroughbreds LLC and trained by Ian Wilkes and was dismissed at 25-1. Braggodocio was bet down to 9-2 and, like Just Call Ray, was trained by Norm Casse,

“The thought with these horses that we claimed, and especially with the 2-year-olds was, why not?” Smith said. “We didn't claim three out of a $100,000 race because we thought it would be fun and cute or some kind of stunt. We were serious about this. I have worked very hard for the dollars in my pocket.”

Smith said he considered claiming several horses in the race, but went for ones that came from connections that he respected, people who were used to dealing with good horses.

“If we end up with a zero out of it, that's the risk you take,” Smith said. “Or you could get a stakes horse. If you look at that race, you had some well-bred horses from professional connections. We claimed them off people who take the business seriously and would have their horses prepared. Anything could happen, but these are ready made 2-year-olds.”

Though the results of the race were something of a mixed bag for Smith, he said was very happy with the way things turned out. He predicted that the last-place finisher, Braggadocio, will turn out to be the best of the three.

“I'm not so sure that I don't like the one who finished last the best,” he said. “What can you tell from one race? He came from a wide post and never really had a chance to get into it. He's a big strong horse and with his breeding he looks like he will be a route horse on the grass. Are you always going to pick the right ones? No. Did we pick the right ones? Time will tell.”

Smith said he will look to claim a few more horses this summer and that he will also be active at the yearling sales. If someone cards another $100,000 maiden claimer, he won't be afraid to take another shot.

“I understand that what he did was different, but there are a thousands ways to approach this industry,” Hiles said. “The best is yet to come.”