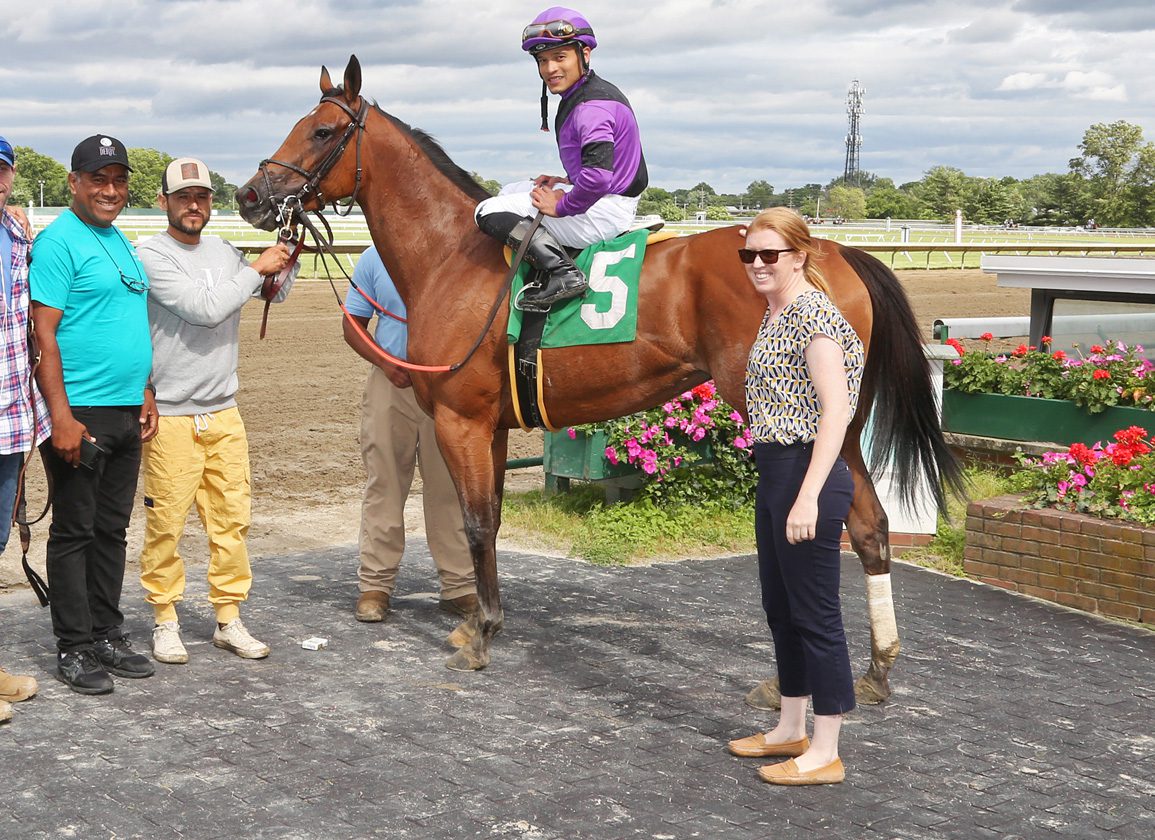 Lindsay Schultz checked a lot of boxes. She is a graduate of the University of Louisville's Equine Industry Program, moved on to the prestigious Godolphin Flying Start program, managed Glen Hill Farm in Florida and worked as an assistant to Tom Proctor and Hall of Fame trainer Shug McGaughey. Yet, she admits to being nervous and not knowing what to expect when she decided last fall to go out on her own as a trainer. Maybe she shouldn't have been.

Less than a year after opening her stable, Schultz, 34, is making a name for herself at Monmouth Park, where she has six winners from 22 starters for a winning rate of 22%. Overall in her brief career, she is 11 for 61, good for 18%.

“This is definitely beyond my expectations,” she said. “I have exceeded my goals.”

Schultz rode hunter-jumpers while growing up in Connecticut and enrolled in the racing program at the University of Louisville. It was not, however, until she entered the Godolphin program that she decided she wanted to be a trainer.

“I knew I wanted to be in the industry, but didn't know exactly what,” she said. “When I went into the Flying Start program I got to see every aspect of the industry and decided I wanted to focus on the racing part. Once I started working for Tom Proctor as his assistant, I thought maybe I could do this myself and do a good job.”

Along the way, she caught the attention of Marshall Gramm, who runs the Ten Strike Racing Partnership. Schultz and bloodstock advisor Liz Crow are close friends and Crow has had a long and fruitful business relationship with Ten Strike. Gramm has helped a number of young trainers kick off their careers and, in Schultz, he saw someone he was happy to take a chance on.

“I was talking to her around this time last year and it was clear she was at a stage where she was about to go out on her own,” Gramm said. “We had discussions about it last summer and I told her that if she was going to do it she should come to Oaklawn Park and that I could use her there. I told her that it would be a good place to start and I thought I could really help here there. It's a track I want to win at.”

“That I had the backing of Ten Strike and Marshall was huge,” Schultz said. “It's a good feeling to have someone who is so intelligent put his faith in me and helped me get started. It really meant a lot. The opportunity that he gave me was the biggest reason why I thought it was a good time to try this.”

Gramm didn't exactly hand her the keys to a 50-horse stable filled with stakes horses. Schultz told him she thought she could get by if Ten Strike gave her six to seven horses and she was fine with taking on claimers. Her first winner came with a $10,000 claimer at Oaklawn, Capture the Glory (Scat Daddy). Another winner at Oaklawn came with Tiger Moon (Upstart). Schultz talked Gramm into claiming him for $10,000 out of a maiden claiming race. She bumped him up to a $40,000 maiden claimer for his next start and he won at 29-1. (Gramm, an astute and enthusiastic horseplayer said he did not have a bet that day on Tiger Moon).

What Gramm did give her was the chance to prove that she could make the most of an opportunity.

It was Gramm who suggested that Schultz head to Monmouth after the Oaklawn meet ended.

“She has really blossomed at Monmouth,” Gramm said. “The competition is little bit easier there. We realized we could take some horses who were average horses at Oaklawn who would be be successful at Monmouth. She's really hit her stride there and it's exciting to watch. She works really hard and knows her stuff. I've been very pleased and impressed and I am excited to be part of her burgeoning career.”

Schultz has 14 horses at Monmouth, seven of them for Ten Strike. The stable includes five 2-year-olds, none of whom have started yet this year.

While happy to have accomplished so much so early in her career, Schultz makes no secrets of her aspirations to take things to the next level.

“I'd like to get up to maybe 40 horses to be able to have two strings,” she said. “It would be nice to be able to utilize two different circuits. I'd like to keep improving the quality. Obviously, to get to there you need the horses and you need the owners. All I'm trying to do is to do a good job, go to the sales and go to big race meets, meet people, talk to people. I am not a big self-promoter, but I hope if I keep doing a good job and keep looking for new opportunities they will come my way.”

Can it happen? Gramm believes that it can.

“Lindsay is going to need to find some other owners willing to take a chance on her and she's going to need to get some good 2-year-olds in her barn,” Gramm said. “Claiming is a way to get noticed and get your first set of owners, but, ultimately, you need to show you can develop some nice horses and win some stakes races. That's what gets you more and more noticed. Each year is a baby step. She's gone from five horses to 14 and has some 2-year-olds in her barn. That's a great place to be after a year. Hopefully, she can keep the momentum going and pick up some more owners. She has such a great background and I'm excited for her considering where she's at at such an early stage in her career.”