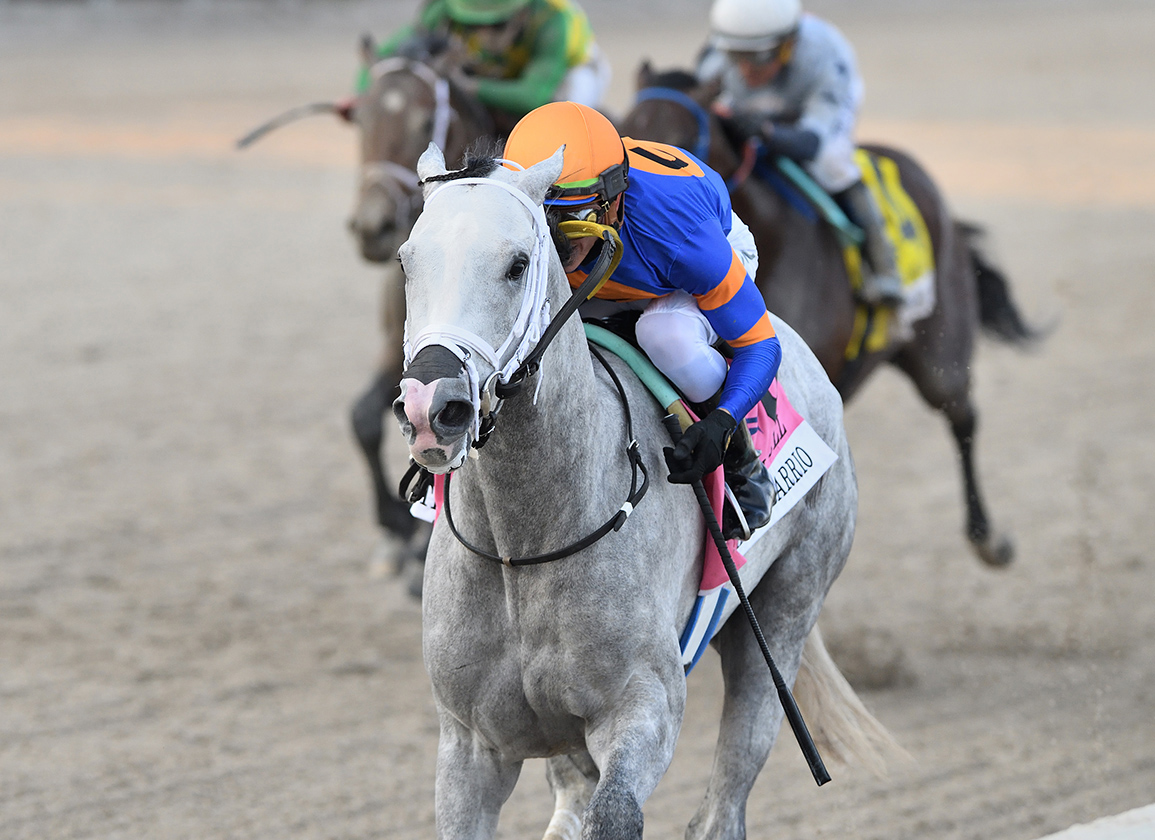 “We talked it out over at dinner [Saturday] night, and I'd say its not set in stone, but he's going to straight to the Florida Derby,” Joseph said. “We don't have to decide now, but everyone was kind of on the same page to go straight to the Florida Derby. The spacing works well. He runs well fresh, and hopefully, it will set him up for the [GI] Kentucky Derby to run his best.”

“I'm very excited that he won as nicely as you could ask a horse to win a race, and it was the prep with the most depth so far. To be able to come out victorious, it was amazing,” Joseph said. “We had a little setback going into the race. We missed a couple works. You would think he should improve off that. He got a 97 Beyer [Speed Figure]. Just to think he could improve off of that–it's a good feeling.”

“Mark Cornett called and said he bought a horse. I said, 'Wow, you bought that horse? He was very impressive,'” Joseph recalled. “He said, 'I bought him and vetted him already, just go pick him up when everything is cleared.' He didn't tell me he was going to buy him.”

Tami Bobo's Simplification (Not This Time), who recovered from a poor start and a wide trip to finish second in the Holy Bull, will likely start next in the Mar. 5 GII Fasig-Tipton Fountain of Youth S. The bay colt was coming off a wire-to-wire victory in the Jan. 1 Mucho Macho Man S.