Flightline Tops In The World 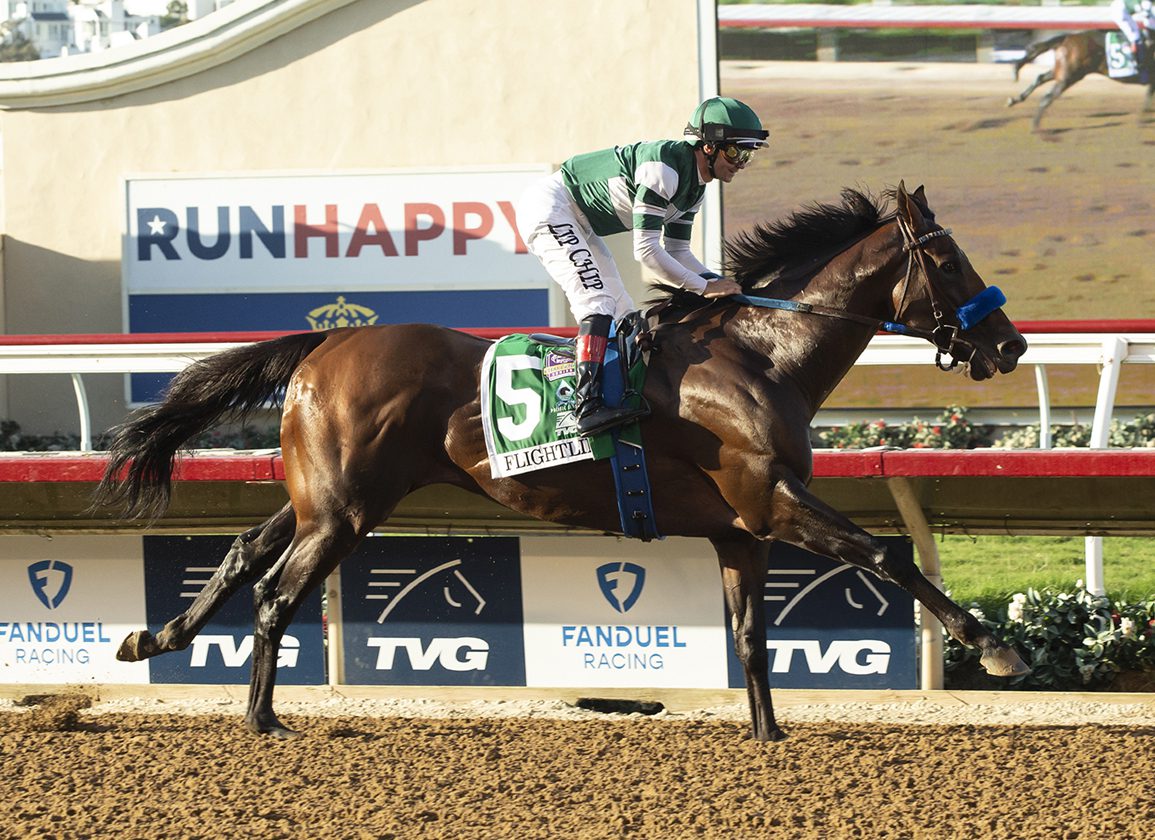 Based on his devastating, 19 1/4-length victory in the GI TVG Pacific Classic at Del Mar Sept. 3, Flightline (Tapit) has assumed the mantle of highest-rated horse in the world according to the latest edition of the Longines World's Best Racehorse Rankings (WBRR), which were published Thursday.

The 4-year-old 'TDN Rising Star' has been given a rating of 139 for his smashing success in his first start at 10 furlongs and was improving by 12 points, having been rated on 127 following a similarly impressive victory in the GI Hill 'n' Dale Metropolitan H. in his previous trip to the races. His rating is the highest to ever be awarded to a dirt horse, surpassing the 136 achieved by Cigar during his historic run in 1996. The ranking is just one pound inferior to the benchmark 140 assigned to Frankel (GB) under the current system.

Baaeed (GB) (Sea The Stars {Ire}) now sits on 135 following his own eyecatching victory in the G1 Juddmonte International S. at York, where he had the outstanding Mishriff (Ire) (Make Believe {GB}, 122) some 6 1/2 lengths back in second. The 4-year-old is a perfect 10-for-10 in his career and is now scheduled to make his final start in the G1 QIPCO British Champion S. at Ascot next month after being strongly considered for the G1 Prix de l'Arc de Triomphe. Baaeed's own rating is the highest given on turf since Frankel's 140 and is one below his sire's best mark, given in 2009.

Newcomers to the list include Epicenter (Not This Time), who has been rated on 125 following his convincing victory in the GI Runhappy Travers S. His fellow 3-year-old Luxembourg (Ire) (Camelot {GB}) is new to the list on 122 off his scintillating defeat of Onesto (Ire) (Frankel {GB}, 121) and Vadeni (Fr) (Churchill {Ire}) in the G1 Irish Champion S. at Leopardstown last weekend. On the strength of his victory in the G1 Betfair Sprint Cup, Minzaal (Ire) (Mehmas {Ire}) has achieved a ranking of 121.

The next edition of the Longines WBRR will be released Oct. 13.