Five of Six Have Hopeful Claims 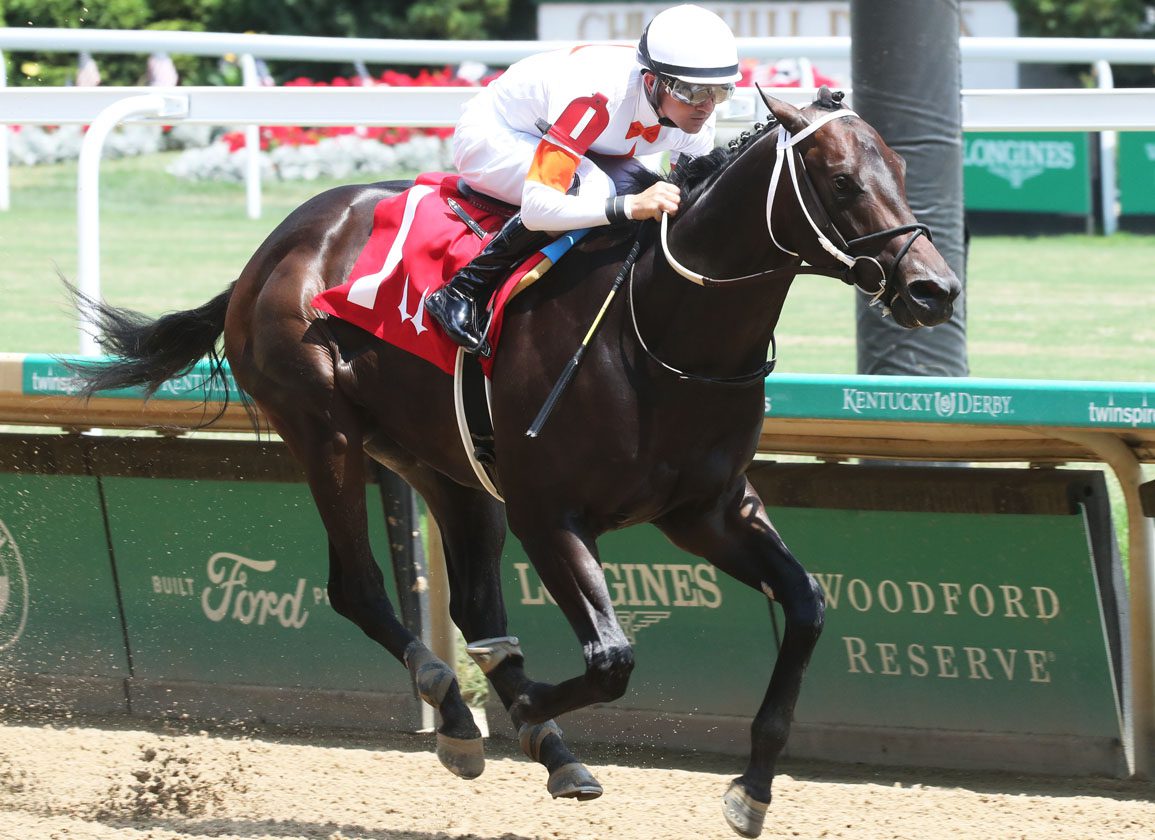 The curtain falls on the 40-day Saratoga meeting Monday afternoon with a field of six set to head to the post for the GI Hopeful S. And a legitimate case can be made for all but one of the juvenile colts signed on.

Half of the Hopeful field have already been accorded 'TDN Rising Star' honors and Gulfport (Uncle Mo) could well go favored for Steve Asmussen and the Heiligbrodts. The $275,000 Fasig-Tipton July purchased could not have looked better in his first two career outings–a seven-length debut at 1-2 at Churchill June 10 followed by a 12 1/4-length tour-de-force at 20 cents on the dollar in the July 4 Bashford Manor S. Odds-on yet again in the Aug. 13 GII Saratoga Special S., the bay found enough trouble 2 1/2 furlongs out to allow fellow 'Rising Star' Damon's Mound (Girvin) to get the jump and was forced to settle for second.

Mo Strike (Uncle Mo) is not a 'Rising Star' but holds the distinction of being the lone previous graded winner in the field, having stalked and pounced to a 3 1/2-length tally in the GIII Sanford S. July 16. Andiamo a Firenze (Speightstown), third home that day, has since returned to wallop state-breds in the Funny Cide S.

A subpar fourth in Sanford was Forte (Violence), who streaked home by nearly eight on his downstate debut May 27 to earn his 'Rising Star', but never got untracked last time, finishing an even fourth. Trainer Todd Pletcher is willing to give his charge the benefit of the doubt.

“The track was probably a little deep for his liking [in the Sanford]. The pace didn't come back much,” said Pletcher. “I think he should appreciate the added distance.”

Blazing Sevens (Good Magic) also caught what appeared to be a heavy track on his July 24, earning an 85 Beyer when covering six furlongs in 1:13.34 to defeat re-opposing next-out maiden romper Bourbon Bash (City of Light) by 6 1/4 lengths.

“The form looked good in his last race,” said trainer Chad Brown. “He had his last breeze [on Sunday] for the Hopeful, so we'll see.”