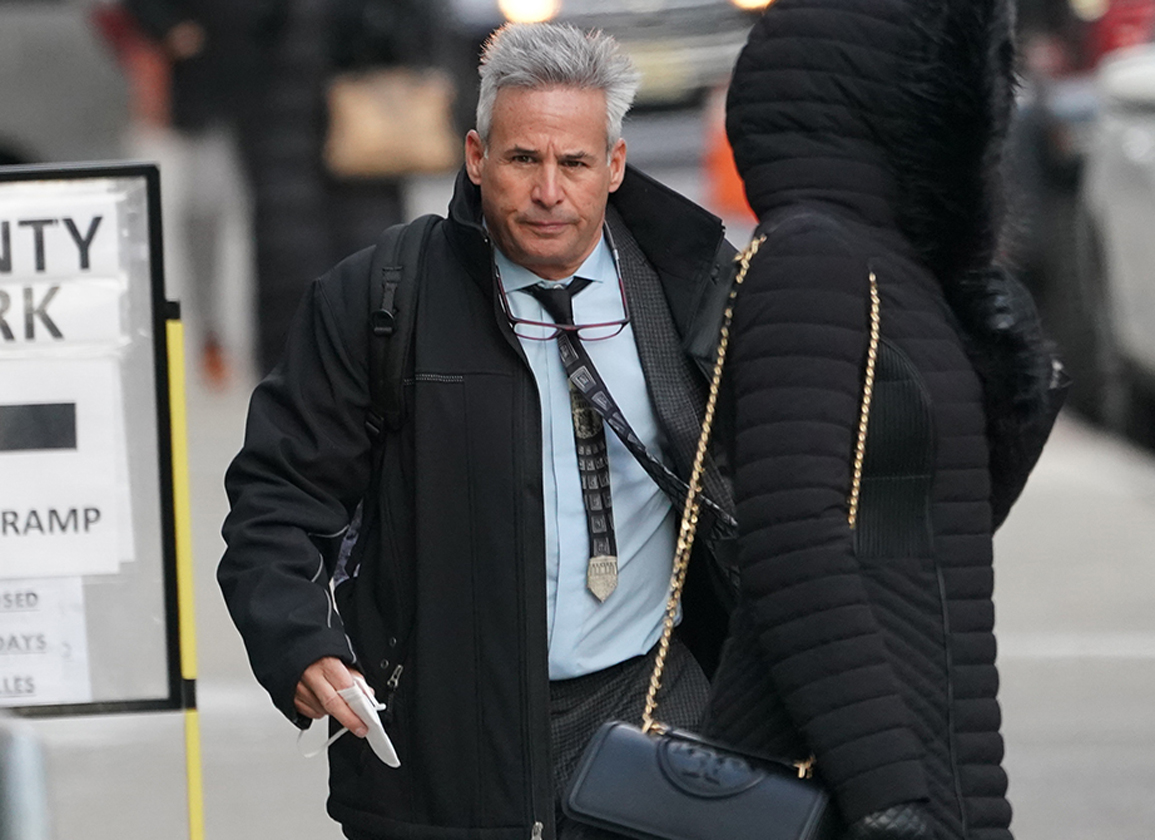 Thirty-four days after being found guilty by jury trial on two felony counts of conspiring to violate adulteration and misbranding laws in the nationwide racehorse doping case, the Florida-based veterinarian Seth Fishman made a motion in federal court asking for the first of those counts to be dismissed on the basis that it is allegedly “multiplicitous of” (already contained within) the second, much broader conspiracy.

Fishman's Mar. 8 filing in United States District Court (Southern District of New York) is likely the first of several legal steps leading to a formal appeal of his convictions. He faces 20 years in prison upon sentencing May 5.

“As relevant here, a multiplicitous indictment 'charges the same crime in two counts,'” Fishman's letter motion stated, “when 'only one crime has been committed' in 'law and fact.'”

Fishman's filing–almost two years to the date of his Mar. 9, 2020, arrest–argued that the dual counts could lead to “multiple sentences for the same offense,” and that the two counts might have “improperly prejudice[d] a jury by suggesting that a defendant has committed not one but several crimes.”

Fishman, along with six other veterinarians, 11 trainers, and nine others, was charged with being a key figure in an international network of purported performance-enhancing drug (PED) suppliers who allegedly conspired to dope racehorses in New York, New Jersey, Florida, Ohio, Kentucky, and the United Arab Emirates.

“The indictment in this case accused Dr. Fishman of participating in overlapping but ostensibly independent conspiracies to illegally distribute a variety of customized PEDs–untestable, adulterated and misbranded–to racehorse owners and trainers in America and abroad,” Fishman's motion stated.

“Count Two alleged a broad, 18-year conspiracy–lasting from 2002 through 2020–with Lisa Giannelli, Jordan Fishman, Rick Dane Jr. and unnamed others. Count One alleged a subsidiary, four-year conspiracy–lasting from 2016 through 2020–with Jorge Navarro, Erica Garcia, Marcos Zulueta, Michael Tannuzzo, Christopher Oakes and unnamed others…

“Yet throughout the trial–from the start of the prosecutor's opening to summation–the government framed the case as one involving 'a single, ongoing conspiratorial' agreement: namely, an encompassing 18-year arrangement among Dr. Fishman, his employees, suppliers and customers to manufacture, buy and sell the same menu of adulterated and misbranded PEDs through Dr. Fishman's company, Equestology LLC, rather than 'two separate schemes operating independently…'

“The government thus presented an integrated, 'overall' agreement with one primary object–trafficking in prohibited substances designed to boost racehorse performance and avoid regulatory detection–that violated a 'single statute' over a lengthy period.”

The filing continued: “Perhaps most significant, the government's summations graphically confirmed its mixing and matching the charged conspiracies–its blending their vague contours, blurring their fuzzy boundaries and otherwise presenting the two as an interwoven, indivisible whole…

“Even more striking, the prosecutors opted to address the charges in 'reverse,' starting with the sprawling conspiracy alleged in Count Two [before finally getting around to] Count One…

“On this record–even when construed most favorably to the government and drawing all inferences in its favor–the only plausible conclusion is that the lesser conspiracy charged in Count One was 'simply a species' or subset of the greater one alleged in Count Two.”

Fishman's multiplicity motion suggested a remedy of merging his two convictions so that only a single sentence will be imposed.