Home » Archive » Op/Ed » Fishman Has Been Sentenced. Is That the End of This Story?

Fishman Has Been Sentenced. Is That the End of This Story? 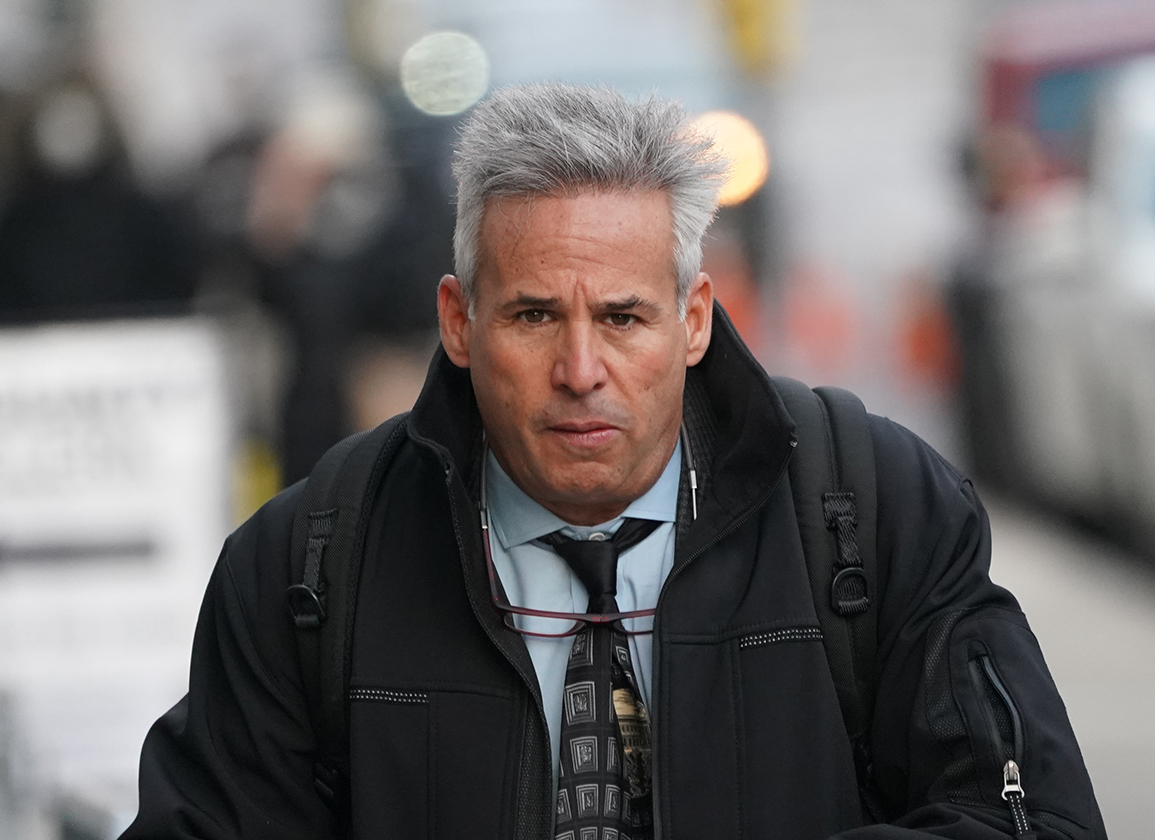 Having been convicted of two counts of drug adulteration and misbranding, with intent to defraud and mislead, Dr. Seth Fishman was sentenced Monday to 11 years in prison, by far the longest sentence handed down to anyone among the many people tied up in a far-reaching doping scandal that has shaken the Thoroughbred and Standardbred industries. He will soon call a federal penitentiary home, and for a long time. Good. He got what he deserved.

But is this the end of his story or a precursor to what's to come? Are the arrests of Fishman, Jason Servis, Jorge Navarro and some 25 others just the first chapter in scandal that will bring down dozens, maybe even hundreds, of others? Some say that is inevitable.

“I have no doubt there are many arrests pending,” Jockey Club Chairman Stuart Janney III said at the 2020 Jockey Club Round Table. “Fortunately they will happen, just not as soon as we would like.”

Despite Janney's assurances, nothing is certain here. Nothing is clear cut.

Fishman is a key figure. Surely, he was dealing performance-enhancing drugs to far more people than those who were targeted, indicted and convicted of doping horses by the federal government. It can't just be Servis, Navarro and a handful of others.

In February, a list of Fishman's clients was released. But that raised more questions than it answered. There were more than 2,000 individuals on the list, and virtually all of them were from the Standardbred industry. The list included hundreds of people whose integrity has never been questioned and who have spotless records. That may be because some of those whose names were on the list purchased legal medications from Fishman. We just don't know.

So the list did not answer the key question: who was buying performance-enhancing drugs from Dr. Fishman? Fishman may decide to answer that question, to tell all. Maybe he already has. Then again, maybe that's not necessary. Is there a paper trail of not only who he sold drugs to but which drugs? One would think that would be the case. There's also the case of Louis Grasso. Another veterinarian who dealt primarily with Standardbreds, he entered a guilty plea in May on the charges of one count of drug adulteration and misbranding conspiracy. What does he know? Who, beyond those already caught up in the scandal, was he dealing his drugs to? Will we ever find out? Nailing a bunch of other cheats would seem to be a case of low-hanging fruit.

“I hope there will be more arrests and indictments,” said Meadowlands owner Jeff Gural, who has played a large part in the effort to catch the worst of the worst when it came to racing's cheats. “I would hope we will be able to find out who bought what from Fishman and Grasso. Because, clearly, they know who bought what. I am sure people bought legitimate medications, but I'm also sure others bought performance-enhancing drugs. I don't think this is the end of it at all.”

One school of thought is that the government is waiting, that it wants to first resolve all the cases against all the alleged cheaters from the original March, 2020 indictments. That includes Servis, who is set to go on trial in January. After Servis' trial is over and, if he is found guilty, and his sentence has been announced, maybe that's when there will be a fresh and lengthy list of additional horsemen, trainers and vets that have been indicted.

But here's another scenario, one that I believe is most likely.

The government probably already has a laundry list of people who bought PEDs from Fishman and Grasso. It wouldn't be hard to come up with one. And maybe Fishman and Grasso, in hopes of getting a lighter sentence, have cooperated with the authorities and named names. That's entirely possible, if not plausible. But that doesn't mean that the government has to act on that.

Does the government really want to use up even more resources on something, that in the grand scheme of things, isn't that big of a deal? Every minute they spend trying going after people who may have cheated in what is not a major sport is one less minute they can devote to going after drug dealers, money launderers, gang leaders and the likes of Ghislaine Maxwell. As much as we care about our sport and as much as we want to rid ourselves of the cheats, we really are small potatoes.

The hope is that there are a bunch more bad guys out there who are going to face the consequences for doping horses. I just don't think that's going to happen. Sure hope I am wrong.