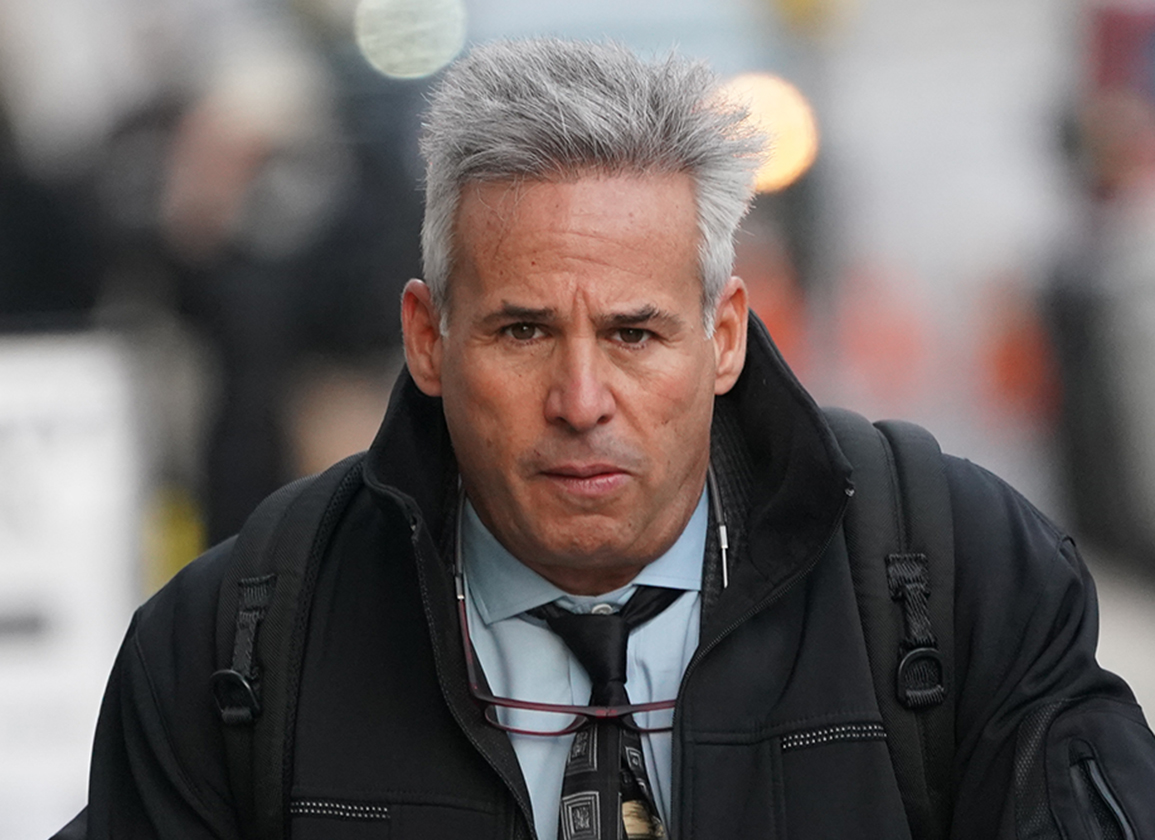 Closing arguments were a late scratch Jan. 31 in the horse doping trial of veterinarian Dr. Seth Fishman being held in U.S. District Court in Manhattan.

New York U.S. District Court Judge Mary Kay Vyskocil met the lawyers for both sides in the robing room, then called the jury into the courtroom and sent them home. She told the jurors to return to court Tuesday.

“There has developed legal issues that need to be dealt with,” Vyskocil told the jury of eight women and four men.

But Fishman's absence in court only deepened the mystery. His wife, Hanna, was in the courtroom in the morning and at one point appeared to be visibly upset. Fishman is free on $100,000 bond and has appeared in court for each of the trial's previous eight sessions.

The only other clue as to what was happening came when Fishman attorney Maurice Sercarz appeared in the courtroom after the jury had been dismissed and told the judge Fishman was on his way to the hospital.

“We are in open court,” Vyskocil said to Sercarz in admonishment.

Lawyers showed up in the afternoon for another conference in the robing room. The day ended with Vyskocil never returning to the bench.

Closing arguments in Fishman's trial were set to begin after the prosecution rested its case and the defense rested without calling a single witness, including Fishman. The jury has heard five days of testimony from 11 government witnesses, as well as an FBI wiretap in which convicted trainer Jorge Navarro was recorded speaking to Fishman.

Another prominent name that emerged in court in one of the wiretaps was that of Sheikh Mohammed bin Rashid al Maktoum, the ruler of Dubai and the owner of the internationally successful Godolphin racing stable.

On the wiretap, Fishman appears to discuss a $2-million “program” with the Sheikh's hospital in Dubai, known as Dubai Equine. On the other end of the line in the 2019 call was Florida harness trainer Adrienne Hall, who testified Thursday that Fishman put her on a program with his PEDs and that she administered the drugs to a horse that won a low-level claiming race. Hall agreed to testify in exchange for a non-prosecution agreement.

A transcript of the wiretap obtained Monday begins with Fishman telling Hall that his program “is not instantaneous.”

“Right, so ok, because they are racing on Sunday–they are going to be in on Monday. I gave the other stuff today anyway,” Hall says.
Fishman then goes on to say that it takes one or two weeks to start things.

Fishman goes on to say that he was bringing Hall on slowly.

Fishman adds, “This is what they do for all their horses and overall, they are very happy. Sheikh Mohammed Maktoum said the best three years, you know, in the 30 years he has been racing and they are very happy. So, I'm sharing stuff with you. But then again that's for Thoroughbreds so we just have to tweak something out because some of the stuff I design for Standardbreds, they don't work.”

It was unclear if Fishman was simply trying to impress Hall; a Godolphin spokesman said they would have no comment Monday night.

Fishman, 50, is on trial on for conspiring to violate medication adulteration and misbranding laws. He's accused of supplying horse trainers with illegal performance-enhancing drugs designed to evade testing by racing regulators in various states, including Florida, New York, and Kentucky.

Sercarz says the actions his client has been accused of were carried out to protect the health and welfare of horses in keeping with his oath as a licensed veterinarian.

Prosecutors allege that Fishman was part of a sweeping conspiracy to dope racehorses that included top trainers Navarro and Jason Servis and two dozen others. The New York U.S. Attorney's Office announced the charges in March 2020.

Servis is awaiting trial and Navarro has been sentenced to five years in prison after pleading guilty. Servis's name hasn't come up in testimony, but Navarro's name has come up numerous times. Prosecutors said Navarro paid Fishman tens of thousands of dollars for PEDs.

The jury also saw a video of Navarro's doped X Y Jet (Kantharos) winning the $2.5-million G1 Dubai Golden Shaheen in 2019. In a text seen by the jury after the race, Navarro thanked Fishman for his help. A tally shows the FBI's aforementioned wiretap was one of 55 recordings the jury heard in the case. Almost all of them involved Fishman.