First Winner for Straight Fire Lights Up the Tote 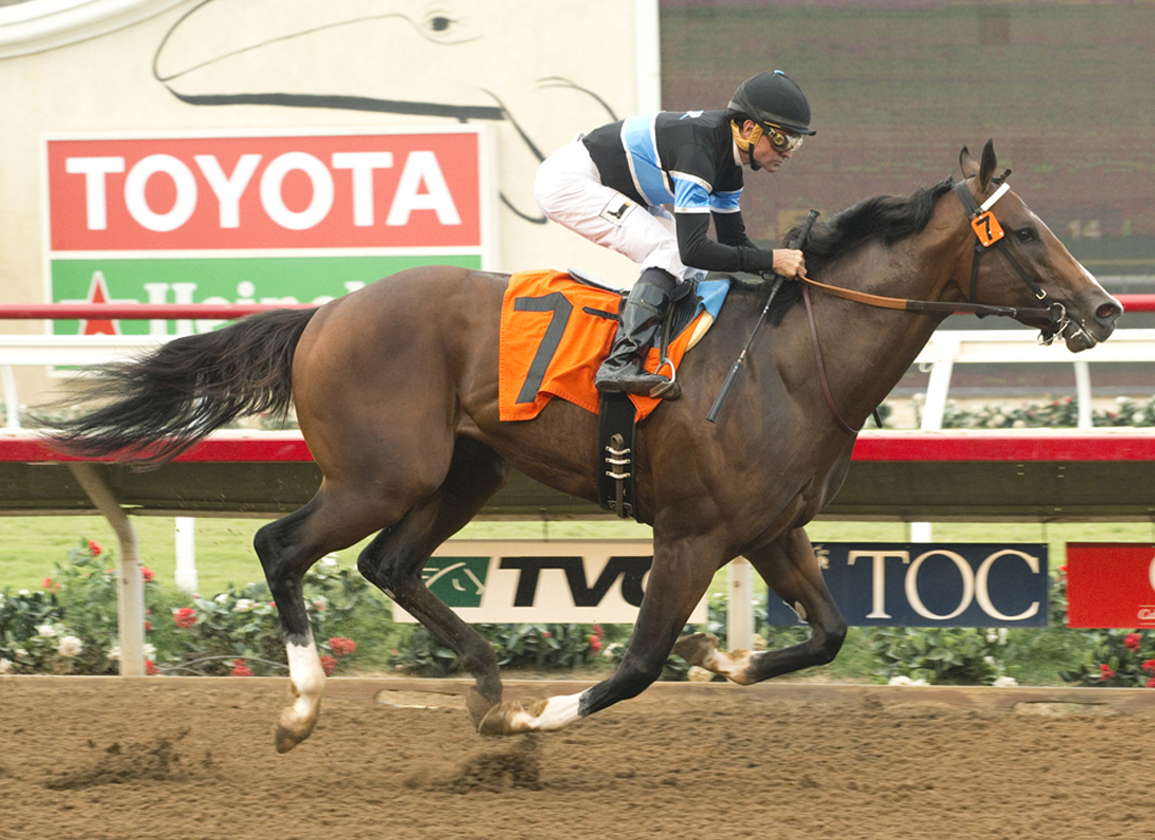 Let go at debut odds of 52-1, Fourteeneightyfour (Straight Fire) became the first winner for his freshman sire (by Dominus) with a surprisingly easy victory in Monday's third race from Delaware Park.

The California-bred, who was entered for, but ultimately withdrawn from last year's Fasig-Tipton October sale, was last away from the inside gate, but recovered to be within a couple of lengths in the opening quarter-mile, which was timed in a sharp :22 flat. Taken to the outside for the run around the turn, he launched an eye-catching bid to inhale the front-runners nearing the top of the stretch and widened in hand to take it by nine impressive lengths in good time.

Fourteeneightyfour is one of 28 reported foals for Straight Fire, who earned 'TDN Rising Star' honors when decimating a field of Del Mar maidens by 10 1/4 lengths at second asking while stopping the clock in 1:14.92 for the 6 1/2 furlongs. Campaigned by Jim Rome's Jungle Racing LLC, the Roth family's LNJ Foxwoods, Kimberly Nish's KMN Racing and others and trained by Keith Desormeaux, Straight Fire would go on to complete the exacta behind Klimt (Quality Road) in the 2016 GI Del Mar Futurity and was third to Gormley (Malibu Moon) in the GI FrontRunner S. in what would become his final career appearance.

Fourteeneightyfour is the fifth starter for Straight Fire. Each of his previous four runners has been placed.

The stakes-winning It's High Time was acquired by Straight Fire LLC for $12,000 not pregnant to Bayern at Keeneland November in 2017. She missed to Straight Fire for 2020, but produced a Florida-bred colt by Copper Bullet this year. This is the extended female family of GI Vosburgh S. winner Black Seventeen (Is It True).