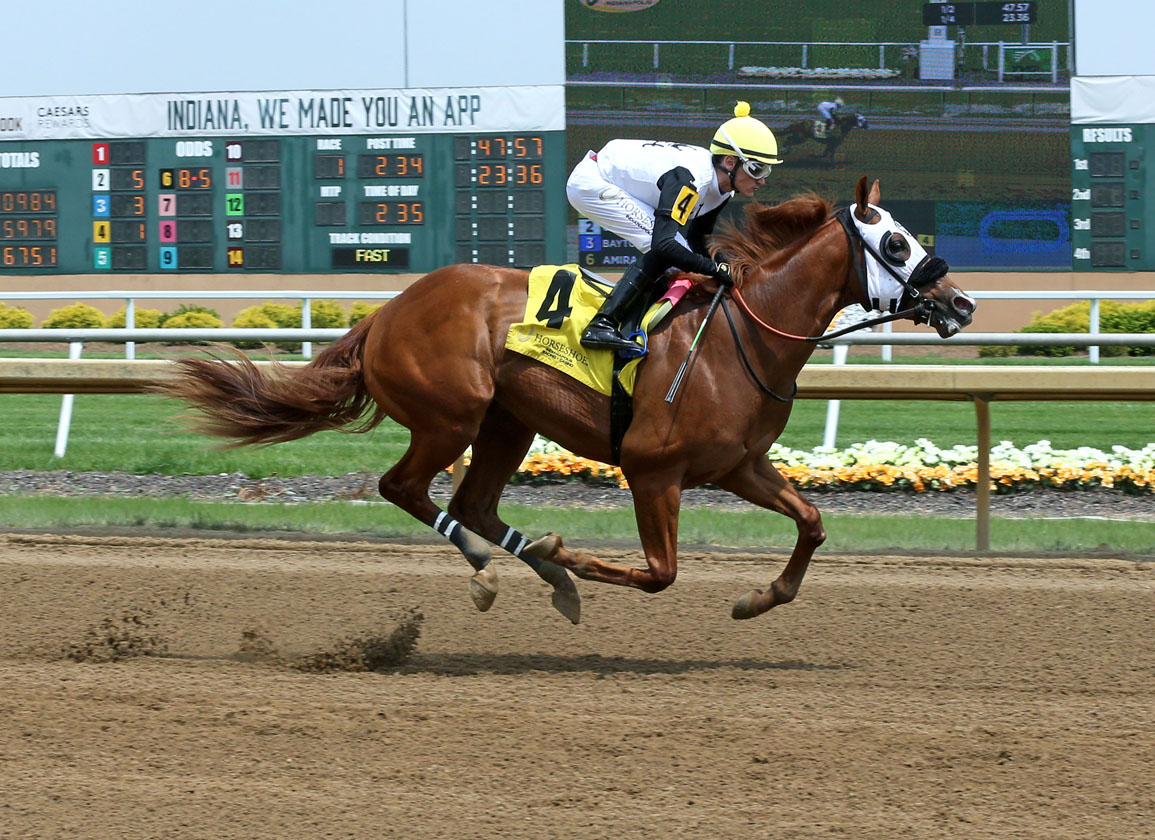 Roger McDaniel's Huntertown (Good Samaritan) was sent off the even-money favorite while making his debut against three rivals at Horseshoe Indianapolis Wednesday and duly romped home an effortless winner. The chestnut pressed the pace three wide through an opening quarter in :23.36, rolled up to the lead into the stretch and strode clear without any encouragement to win by 6 3/4 lengths. Baytown Jagger (Gormley) was second.

Huntertown is the first starter and winner for his freshman sire, Good Samaritan, who won the 2017 GII Jim Dandy S. and 2018 GII New Orleans H.

McDaniel, who campaigned 2010 GI Vinery Madison S. winner Dr. Zic (Milwaukee Brew), was at the Indiana oval to cheer on his homebred Tuesday.

“It was fantastic,” McDaniel said of the result. “Winning his first race and winning it with just a hand ride and by the distance that he did, it was great. He had been working really well. He had had two great workouts, so I certainly thought he was going to win, but I didn't think it would be that way, with a hand ride and by that distance.”

A longtime executive in the electronics industry, McDaniel currently has just one broodmare, Huntertown's dam Charlene's Pal (Proud Citizen). He co-raced that mare's dam, Knockatrina (Langfuhr), and bred and raced Charlene's Pal. He admitted the long association with the family made the result extra special.

“It really does make it special,” he said. “Charlene's Pal's brother [MGSW] Hembree had a really great career. So I was expecting good things and fortunately it's come true.”

“Just looking at the match up–you go online and get the rating and it looked like a really good match with the bloodlines,” McDaniel said of the decision to send the mare to WinStar Farm's Good Samaritan.

While he currently has just the one broodmare, McDaniel has high hopes for Charlene's Pal newborn daughter by Flameaway.

“We have a little filly that is beautiful,” McDaniel said.

He added with a laugh, “We are hoping to win the Oaks with her in about three years.”

Asked if he had any offers to buy Huntertown after his smashing debut, McDaniel chuckled and said, “We only left the track about an hour ago. So far, I haven't had any offers. But I've learned from owning a lot of horses that, yes, I would entertain offers.”