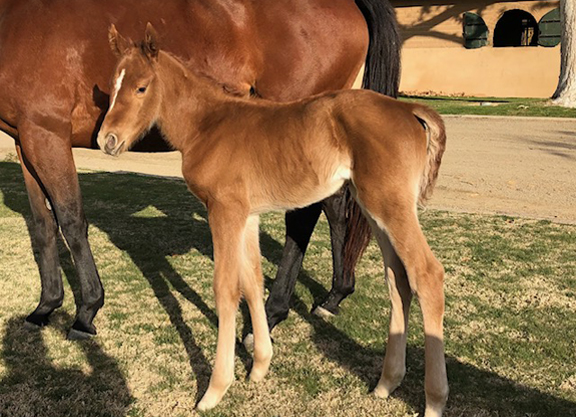 Om filly out of All the Heat | Harris Farms

The first reported foal by multiple graded winner Om (Munnings–Rare Cat, by Tabasco Cat) was born Jan. 18 at Harris Farms in Coalinga, California. Bred by Al and Saundra Kirkwood, the chestnut filly is the third foal from the Unusual Heat allowance winner All the Heat, who is a full sister to Inflamed, dam of Grade I winner Mo Forza.

Om, who also set a new course record at Churchill Downs for 5 1/2 furlongs, retired with earnings of $1,355,082. Property of the Sareen Family Trust and Harris Farms, the 9-year-old will stand his second season at Harris Farms for $6,000 payable when the foal stands and nurses.