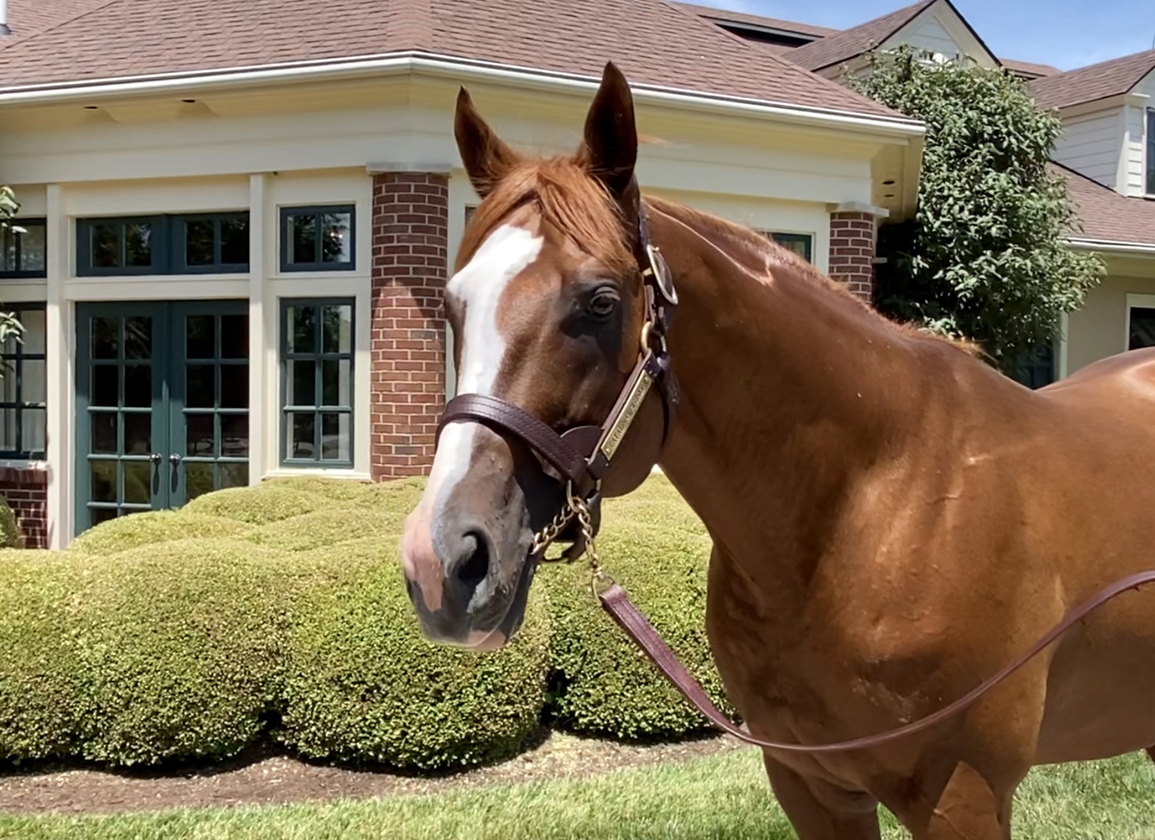 The 2022 class of first-crop yearling sires features a diverse batch of Kentucky-based young stallions, including a pair of Breeders' Cup champions, two sons of reigning top sire Into Mischief, five graded stakes winners at two and five Grade I winners on turf. Throughout the course of the yearling sales season, we will feature a series of freshman sires as their first crop points toward the sales ring.

David Ingordo has followed Catalina Cruiser (Union Rags–Sea Gull, by Mineshaft) throughout his career, but the Lane's End bloodstock agent said that this year, the multiple graded stakes-winning stallion has never looked better.

“Catalina Cruiser has always been a big, well-grown horse,” Ingordo said. “I've seen him from when he was a yearling at Lane's End through his time at Mayberry Farm and with John Sadler and to coming back here to our stallion barn. When he retired, he just filled out even more. He's one of the most magnificent individuals you're going to find that's big and strong and has the body to go with his race record and substance.”

With a debut stud fee of $20,000, Catalina Cruiser bred 148 mares in his first year at Lane's End. After the stallion's first foals arrived, Ingordo said it has never been a challenge to guess their sire. The group includes plenty of good-sized, flashy chestnuts.

“Catalina Cruiser is stamping his offspring to look like himself,” he said. “They're flashy, they're big and they're strong. They have this precocious look to them. I'm a balance fanatic and the Catalina Cruisers that I have observed have great balance. He has a tremendous hindquarter, hip and great width behind and all his offspring do as well.”

In his second and third year at stud, Catalina Cruiser stood for a fee of $15,000. One of the greatest compliments a young sire can receive, according to Ingordo, is to have a mare return to him after their first mating. Such has been the case with this stallion, he said.

Bred by W.S. Farish, Catalina Cruiser was a $370,000 Keeneland September yearling. His debut win at three for Hronis Racing was followed by three straight wins as a 4-year-old, including the GII San Diego H. and GII Pat O'Brien S. Returning at five, the Sadler pupil shipped to Belmont to take the GII True North S. at six and a half furlongs in stakes-record time before going back home to California to claim repeat titles in the San Diego H. and Pat O'Brien.

Ingordo said he is often asked why Catalina Cruiser did not debut until October of his sophomore year.

“When he left Mayberry Farm, we knew he had a ton of talent, but that his mind was way ahead of his body,” he recalled. “He was this big, gangly horse and he wanted to do it, but his body wasn't ready for it yet. We gave him all the time to be the best horse he could be. When he came together as a 3-year-old, he never really looked back.”

Despite the five-time graded stakes winner's late start, Ingordo said he does not believe the same will be said of Catalina Cruiser's offspring.

“I look for them to be precocious,” he explained. “I see these 'Cruiser' babies as a little bit better versions of their sire because I think they're maybe a little bit less growthy than he was. I can see them running at two and I can see him having a 2-year-old champion.” 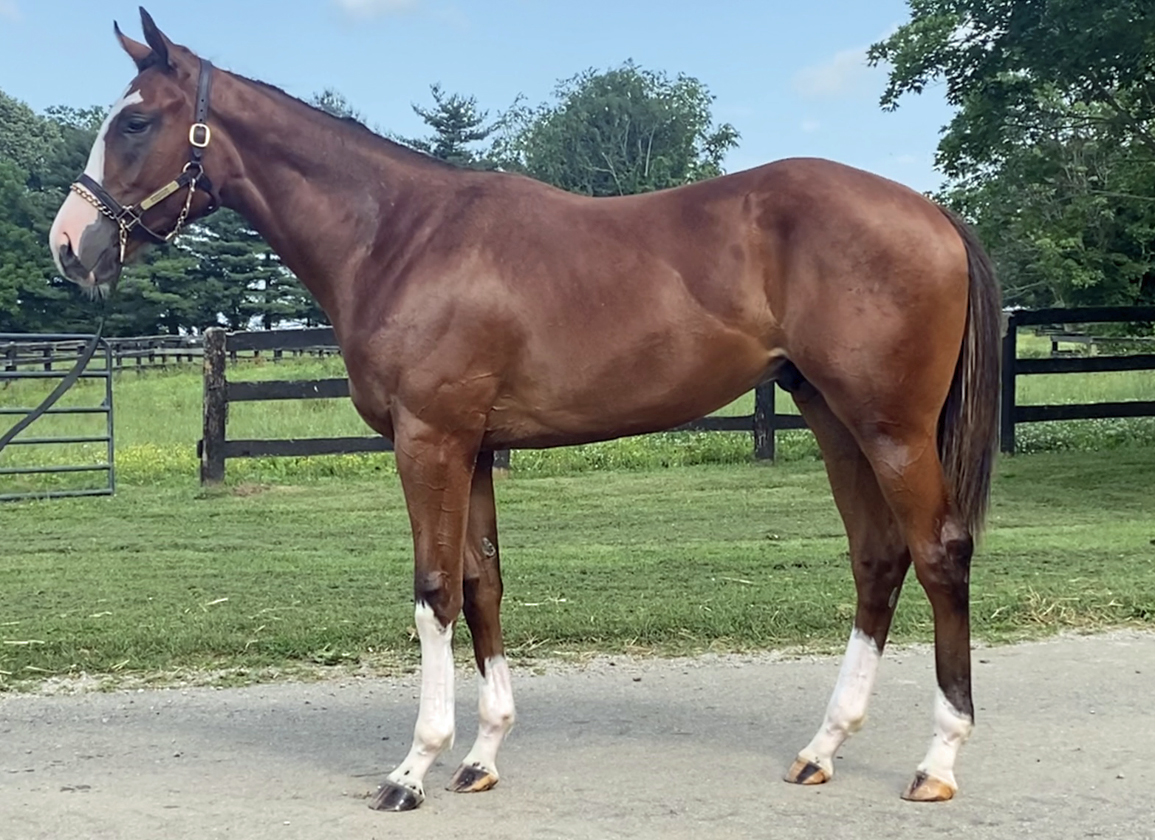 “I don't think they'll be limited to sprinting,” he added. “I think they'll be able to go two turns and ultimately be a Classic horse, like Catalina Cruiser's sire Union Rags and his broodmare sire Mineshaft.”

Catalina Cruiser sent 47 first-crop weanlings and short yearlings through the auction ring. Headlined by a $200,000 colt at the Keeneland November Sale, 37 sold to average $66,027 and rank their sire among the top five first-year sires in North American by weanling average.

The son of Union Rags has six yearlings entered in the upcoming Fasig-Tipton July Sale on July 12, including Hip 39, a colt out the stakes-placed Into Mischief mare She's Trouble from Scott Mallory's consignment.

“This has always been a mature colt,” Mallory said of the yearling. “He's really nice for the first foal out of the mare and he's got a lot of attributes that I like from Union Rags and Catalina Cruiser. We're hoping for the best and believe that the Catalina Cruisers are really nice foals. They have a lot of leg to them, a lot of scope and of course a lot of flash. They all seem to have a really good mind.”

Ingordo did not hesitate to say that he would be looking to get his hands on a Catalina Cruiser yearling or two for his own clients this summer.

“I don't have any pride of ownership in this stuff,” he said. “If I don't like a horse, I don't like them. I look at every horse and ask, 'Would I buy it?' and I want to buy some Catalina Cruisers because they're the kind of horses that we buy to win races and win the big races.”