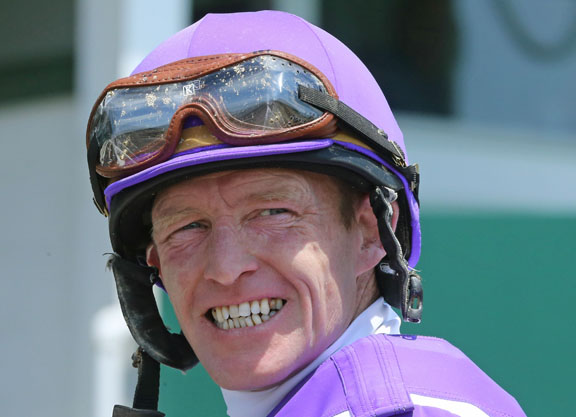 Racing at the Fair Grounds in New Orleans drew to a close Mar. 28, a meet which saw purses hiked no fewer than three times and featured a typically strong stakes and overnight program supported by a wide swath of horsepeople.

Ron Faucheux won his first training title at the Fair Grounds with 40 victories, three better than four-time defending champion trainer Brad Cox, whose successes at the meeting included the GII Risen Star S. with 'TDN Rising Star' Mandaloun (Into Mischief) and the GII Fair Grounds Oaks with 'Rising Star' Travel Column (Frosted). Tom Amoss held the premiership lead until deep into the final weeks of the season and ended on 35 wins, two clear of Steve Asmussen. Joe Sharp was third with 23 wins.

“It means the world,” Faucheux said. “Being here, being from New Orleans, and coming to this track since I was a child. This is what it's all about. We have so many people that put their faith in us. I have some great owners. I have the best help. This is my track; this is the best track in the country, as far as I'm concerned, and it's a privilege and an honor to be a part of it.”

James Graham saves his best for the Big Easy and took home his third riding title with 88 victories, some 25 better than his performance in 2019-2020. He was made to work for it, however, as Adam Beschizza rode 85 winners, with Mitchell Murrill on 73.

“It means everything,” Graham said. “We kept digging away and plowing through and doing what we had to do. My stock ran really good this year and everything ran accordingly. It's been a fantastic meet. You can't race anywhere better in the wintertime; Fair Grounds is the best. I'm over the moon and ecstatic.”

There was a three-way photo for leading owner, ultimately won by Godolphin, whose 13 wins–including wins from Maxfield (Street Sense) in the Tenacious S. in December and in the GIII Mineshaft S. Feb. 13–proved narrowly better than Chester Thomas's Allied Racing Stable (12) and End Zone Athletics (11).

Track officials reported strong handle and betting support and reasoned that the elimination of the Black Gold 5, a jackpot bet that was instead replaced by early and late conventional Pick 5s, contributed to that.

“It was a meet like no other but we are extremely proud of everyone who came together to put out a great product on a day-in, day-out basis,” Fair Grounds senior director of racing Jason Boulet said. “We are extremely grateful to the horseman and our fans and bettors for their continued support throughout the meet.”