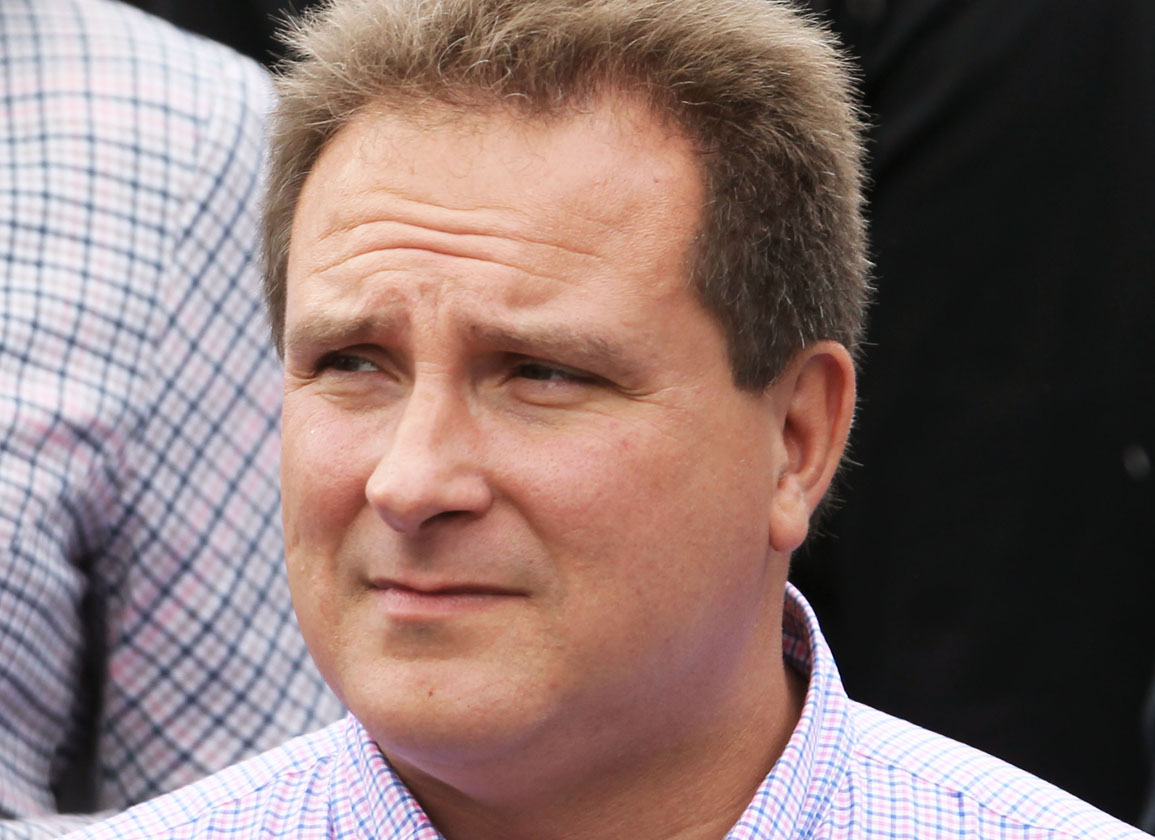 Mike Maker, with 42 training titles at Kentucky's five racetracks, is very much a contender this summer for the coveted prize at Saratoga Race Course.

A remarkable stretch of nine wins from 25 starters last week pushed Maker to the top of the table with 14 wins in the first 14 days of the 40-day season. He had at least one winner in each of the five racing days of the week and his stable hit the board at a 72% rate. That run of success enabled Maker to finish the week on Sunday with a six-victory lead over Todd Pletcher and Steve Asmussen and he was seven ahead of Chad Brown and Brad Cox. His win streak ended during Wednesday's program he had a third and a fourth with his starters.

Maker, 52, acknowledged that he was optimistic about how his stable might fare in the opening weeks of the Saratoga season.

“The condition book fit us well,” he said. “We had a lot of horses doing well, a lot of babies getting ready to run. It's hard to predict 14 wins, but we have had a good start.”

Maker's stable is typically strong on the turf–he started Wednesday's card with a meet-leading seven wins on the grass– had to deal with what has been an unusually rainy summer in upstate New York. A total of 21 races–10 last week alone–have been moved from the turf to the main track this season.

“It kind of hurt us the first week, but that's racing,” Maker said. “You keep plugging along.”

Maker earned his 11th Saratoga stakes victory, and seventh in the past two seasons, according to Equibase, on Saturday when Three Diamonds Farm's Cross Border (English Channel) picked up a repeat victory in the GII Bowling Green S.

With 44 horses at Saratoga and another 50 at Belmont Park, Maker has a well-stocked stable to compete at Saratoga.

“We've been rotating them in and out and we've got Kentucky to draw from, too,” he said. “We're still going to try to place the horses properly and see what happens.”

Maker had his best showing at Saratoga in 2020, finishing in a tie for third place with Christophe Clement at 20 victories. Todd Pletcher led the way 32 wins, four ahead of Chad Brown.

With a smile and nod, Maker said he thinks about winning the Saratoga title.

“It's a nice thought,” he said. “Chad, Todd, Christophe are tough and we know racing can turn around in a hurry. You've got to have a lot of racing luck.”

Maker said finishing on top at Saratoga is always a goal, but one that has not yet been achieved.

“It'd be great, obviously,” he said. “Very prestigious meet. We're fortunate to be in the position we are.”