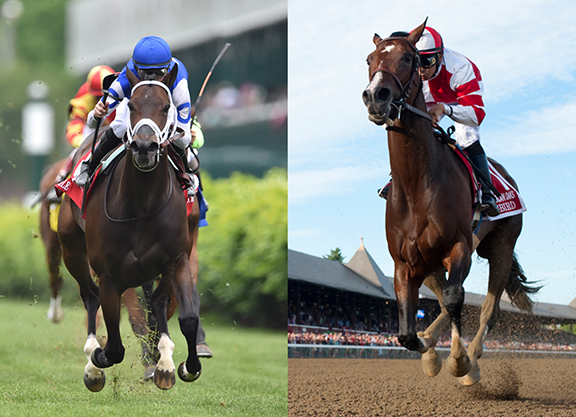 The 192-strong Fasig-Tipton November Sale catalogue, which features 15 Grade I winners and another seven Grade I producers, has been released. Scheduled for Monday, Nov. 6 at 4:00 p.m. in Lexington, the single-session sale features 81 selected weanlings followed by top-shelf racing prospects and broodmares. Fasig will also be offering an enhanced catalogue which features continuously updated catalogue pages, past performances and race replays; pedigree analysis for all racing/broodmare prospects and broodmares, as well as photos, statistics and other resources. The enhanced catalogue can be viewed via mobile phone, tablet or computer. Print catalogues are available as of Oct. 17.

“This is an outstanding catalogue from top to bottom–there is depth, diversity, and quality,” said Fasig-Tipton President Boyd Browning. “The evening will begin with 81 selected weanlings–the strongest group of foals we have put together in many years–and then move into a top rung collection of racing stars and high class broodmares. In total, this year's catalogue features 50 graded stakes winners or producers, 22 of which are Grade I, three Eclipse Champions and four Breeders' Cup winners. Nearly 80% of the racing/broodmare prospects and broodmares catalogued are black-type earners or producers.”

The sale will kick off with 81 weanlings, including six from the first crop of Triple Crown winner American Pharoah.

“It looks like a very strong catalogue with a lot of really elite broodmares and broodmare prospects coming to the market” said Mark Taylor of Taylor Made Sales Agency, which consigns the likes of Songbird, Sambuca Classica and Grade I-winning stallion prospect Ralis (Square Eddie) (hip 192). “[Songbird is] just one of those once-in-a-lifetime kind of horses. She's here on the farm and we're very excited about that, but beyond her, there's just tons of depth and quality.”

Taylor continued, “The momentum we see in the marketplace right now is just kind of building and the strongest part of the whole market is the top-end broodmares and broodmare prospects. The international audience really likes our product. A lot of these mares are really producing in Japan, in Europe and really around the world.”

Taylor expects plenty of money to show up to meet the sizeable supply of top-end prospects.

“When you get all these blockbuster type mares coming off the track at the same time, it almost has the same effect as having a major dispersal–I think the more quality that's there, the more money that steps up to participate,” he said. “For the real cream of the crop, people come out of the woodwork. They want to be there, they want to see what's going to happen and what [Songbird's] worth, then what the next one's worth in relation to her, and so on and so forth right down the line.”