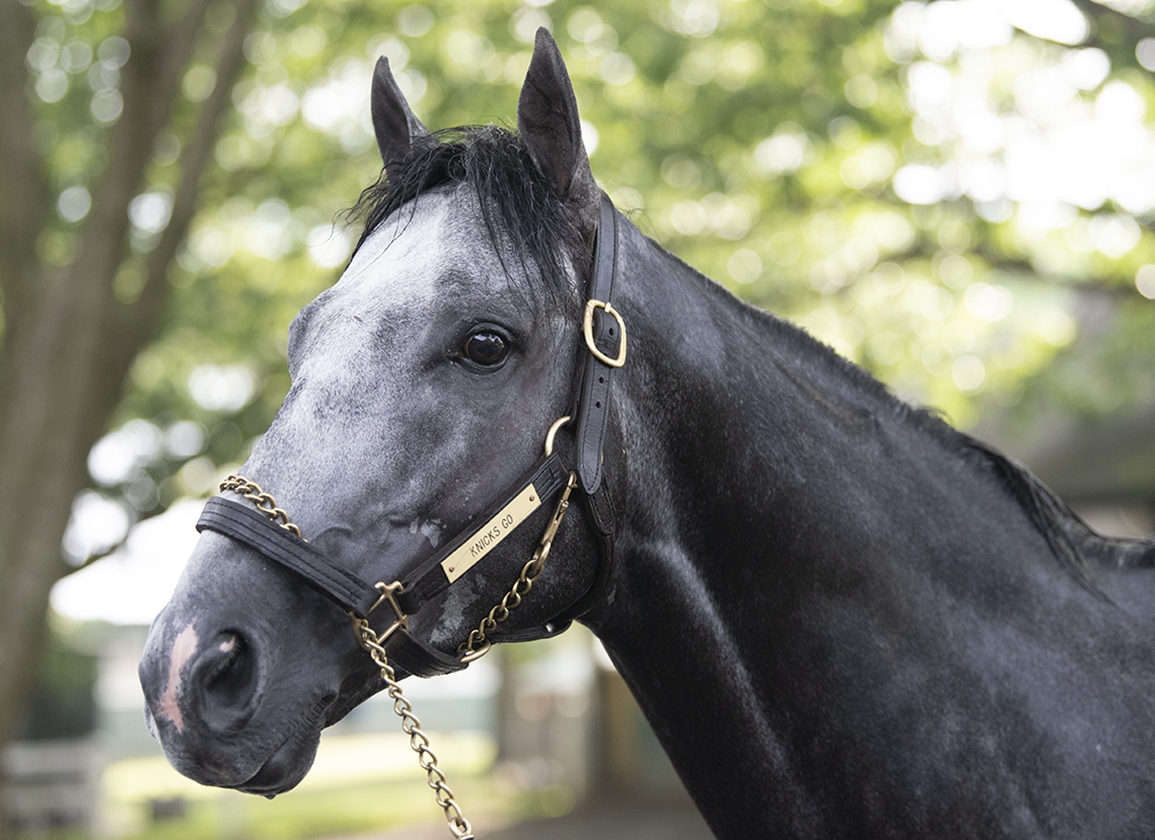 A compact, but talented field of five will face the starter for Saturday's GI Whitney S., a 'Win and You're In' qualifier for the GI Breeders' Cup Classic at Del Mar Nov. 6.

Korean Racing Authority's Knicks Go (Paynter) has been pegged as the 6-5 morning-line favorite for trainer Brad Cox and jockey Joel Rosario. The 5-year-old is perfect in his last five starts around two turns, including a latest blow-out, big-figure success in the GIII Cornhusker H. at Prairie Meadows July 2. Cox attributes his losses in the Saudi Cup in February and in the GI Met Mile to a one-turn route configuration

“There was no hangover with him [out of the Saudi Cup] with how he was training, but back of my mind that one turn isn't his thing,” Cox told NYRA's Andy Serling after Knicks Go drew gate four, before telegraphing an unsurprising race strategy.

“Once the gate opens, it's up to Joel. Speed is his weapon and we'll try to utilize it,” Cox said.

Cox won last weekend's GII Jim Dandy S. for Godolphin with champion Essential Quality (Tapit), and Maxfield (Street Sense) will look to keep the ball rolling for the 'boys in blue.' Defeated into third in the GI Santa Anita H. in March, the homebred has since rolled to easy victories in the GII Alysheba S. and GII Stephen Foster S. at Churchill Downs. The 8-5 morning-line second choice departs the five hole with regular rider Jose Ortiz.

“He like the rest of us has enjoyed the weather. He's had a great preparation and he's ready to go,” Godolphin USA President Jimmy Bell said post-draw.

Silver State (Hard Spun) carries an imposing six-race winning streak into the Whitney, capped by a one-length defeat of the re-opposing By My Standards (Goldencents) in the Met June 5. Ricardo Santana, Jr. rides the 4-1 chance from the two hole, while By My Standards, runner-up to Improbable (City Zip) last year, has regular partner Gabriel Saez in gate one.

Swiss Skydiver (Dardevil) has already beaten the boys once in her career, taking down the colors of eventual Horse of the Year Authentic (Into Mischief) in last year's GI Preakness S. She will look to join the likes of Personal Ensign and Lady's Secret as female winners of the Whitney.

“The way the ball bounced, we really wanted to get her back into the game,” said trainer Ken McPeek, whose barn has only recently emerged from quarantine. “She's doing super. We're excited, she's won here before and it's going to be a fun weekend. We try to get her in a nice rhythm out there and let her make a run.”

Irad Ortiz, Jr. has the call on the 6-1 gamble from post position three.