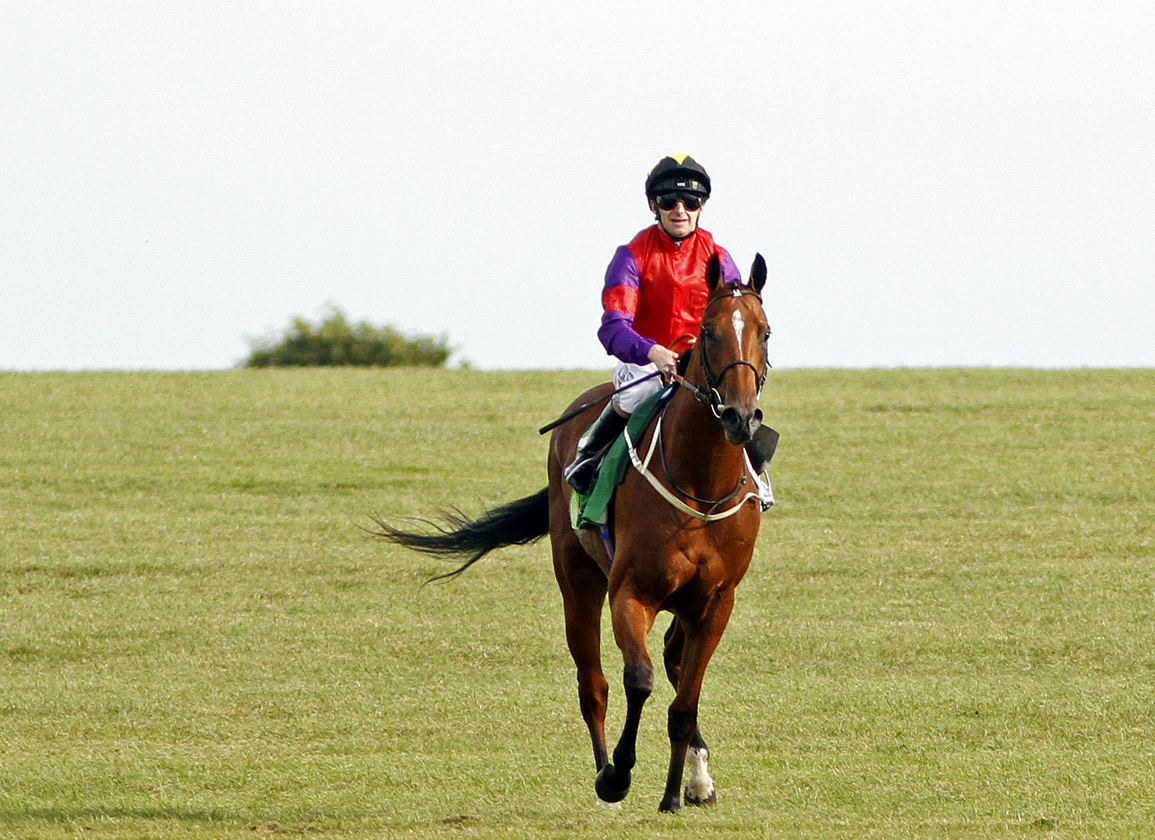 The Last Lion after winning the Middle Park | Racingfotos.com

Group 1 winner and former sire The Last Lion (Ire) (Choisir {Aus}) sustained a fatal injury in a six-furlong all-weather handicap at Kempton Park on Saturday. A winner of the Brocklesby in 2016, the bay was eight.

The Last Lion enjoyed a rigorous campaign in his 2-year-old year, and after winning the Brocklesby in early April, ran second in the G2 Norfolk S. at Royal Ascot, his fourth start of the year. Successful in the Listed Dragon S. later that summer, he then reported home second in the G3 Molecomb S. in July and dropped to third in the G2 Gimcrack S. at York. He added the G3 Sirenia S. over the Kempton all-weather in September, and was second in the G2 Flying Childers S. back at Doncaster. Sent to Newmarket for the first time, the colt won the G1 Middle Park S. by three-quarters of a length.

“It was sad and he didn't deserve that,” said jockey Joe Fanning. “Coming round the bend it just happened quickly, it was one of those things.

“He was moving OK and just on the bend, I wasn't 100% happy then he just went. It was one of those things and you couldn't blame the track or anything like that.”

The Barronstown Stud and Mrs. T. Stack-bred retired to stud for the 2017 season at Darley's Kildangan Stud in Ireland. The Last Lion was later moved to Hedgeholme Stud. His fertility decreased and he was gelded. From just 96 foals over four crops, he had sired 49 runners and 16 winners, with one black-type placed horse to date. Prior to Saturday's engagement, he had been brought back in the spring of 2021 and made three more starts for trainers Mark and Charlie Johnston.

“He was a great horse and he was my first Group 1 winner,” the rider continued. “He was a lovely gentleman of a horse, he was good to do anything with. As a 2-year-old he was a tough horse, he won the Brocklesby then he had about 10 races that year. He was tough as old boots.

“He just seemed to get better the more racing he had as a 2-year-old. That day at Newmarket was great, I wouldn't have retired happy if I hadn't ridden a Group 1 winner, so that was a bit of a relief that day–he was a lovely horse.

“He was an old gentleman and it is sad it has ended like that. He was rusty the first couple of runs since he came back, he missed the kick a couple of times and he was never like that before. He seemed to sharpen up a bit and seemed to be enjoying life.”