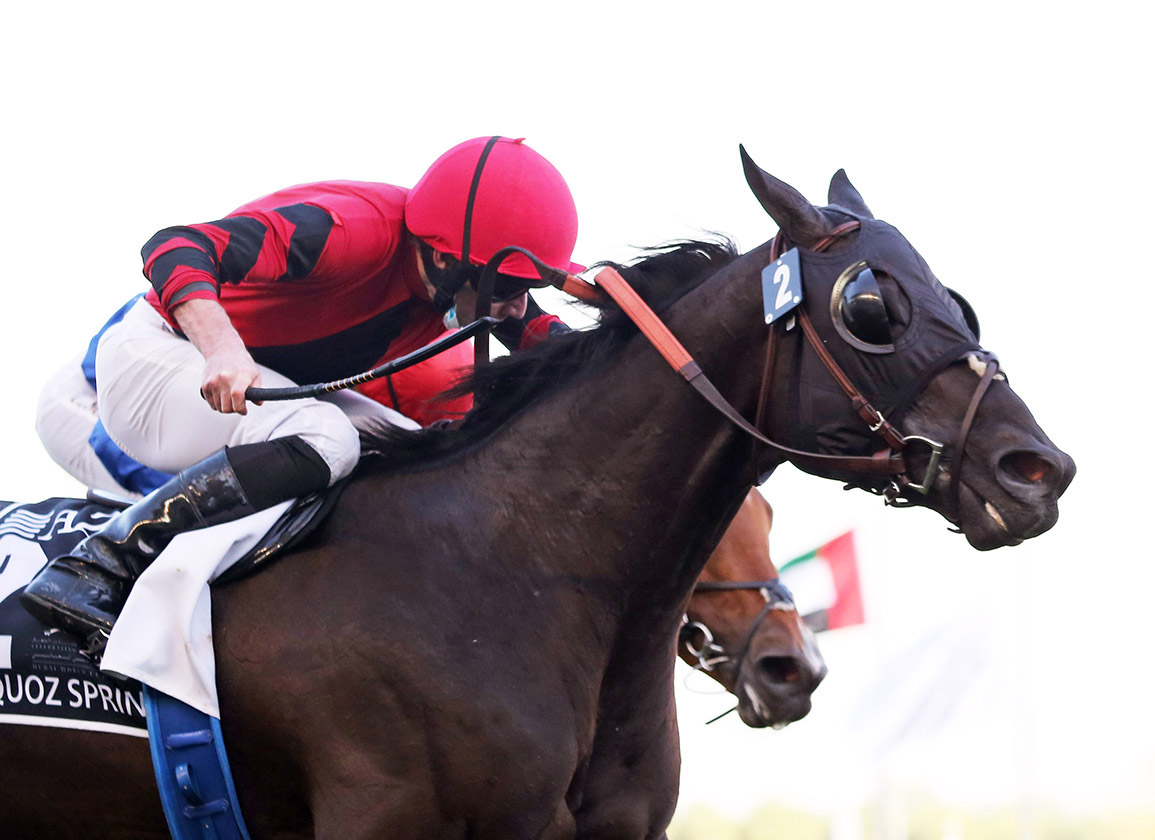 After placing in three stakes races in America earlier this year, the 8-year-old gelding Extravagant Kid hit a new level of form when winning the Al Quoz Sprint over six furlongs at Meydan under Ryan Moore, and put in an admirable performance at Royal Ascot under Frankie Dettori when dropped down to five furlongs. He goes back up to six furlongs for the July Cup.

“I don't think going back up to six furlongs will be a negative,” Walsh said. “Although it is a little stiffer than Dubai, you are going downhill a lot of the way. It is probably as far as he needs to go but I think he will be fine. We gave him plenty of time to get over his travelling turnaround [after Dubai] but you would think he would be in a better position now having had that run at Ascot.”

Dettori's services have become available for the July Cup with the news on Tuesday that G1 Commonwealth Cup winner Campanelle (Ire) (Kodiac {GB}) would skip the race, but Walsh said a decision on a jockey has not been made.

“I'm not sure yet who will be riding him as we haven't looked into it yet and I will know more next week,” Walsh said. “We only decided to leave him in the race at the start of the week. It would be fantastic if we could get Frankie as he is always good to have.”

“Travelling with him is a new dimension and he seems to like it,” he said. “It has brought out the best in him. As an older horse, travelling just adds something a bit different. He is eight now and is probably in his prime. He is not going to be up to this standard forever so we will just enjoy it.”