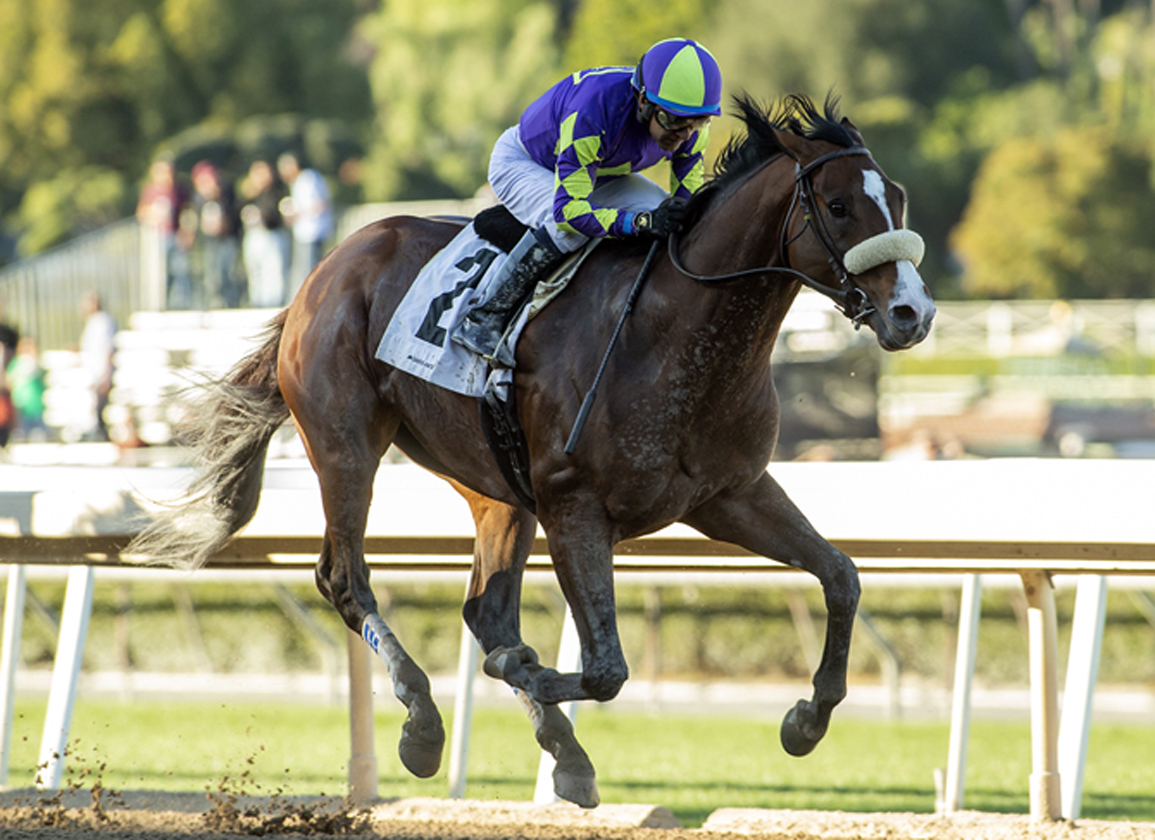 Placed no fewer than four times at the top level, C R K Stable LLC's Express Train (Union Rags) looks to get over the hump in Saturday's GI Santa Anita H., the last of six graded events on a blockbuster program at the Great Race Place.

Runner-up to Charlatan (Speightstown) in the 2020 GI Malibu S., the $500,000 Keeneland September acquisition filled the same spot behind Idol (Curlin) in this event 12 months ago. Third to recent G1 Saudi Cup second Country Grammer (Tonalist) in the GI Hollywood Gold Cup a couple starts later, the bay was third to the late Medina Spirit (Protonico) in the GI Awesome Again S. and exits victories in the GII San Antonio S. Dec. 26 and a successful defense of his title in the GII San Pasqual S. Feb. 5.

“I hope there's a little speed in the race and we can sit a bit off it if all goes well,” said trainer John Shirreffs. “We're really happy with Express Train, how he's doing now and what he's accomplished.”

Though he has yet to get his picture taken in six outings since bringing $420,000 at last year's Fasig-Tipton July HORA Sale, Stilleto Boy (Shackleford) has earned back better than $483,000 with some high-profile performances. After completing the exacta at nearly 55-1 in the Awesome Again, the chestnut was a respectable fifth behind Horse of the Year Knicks Go (Paynter) in the GI Breeders' Cup Classic in November before cutting back to seven furlongs to finish third to 'TDN Rising Star' Flightline (Tapit) in the GI Runhappy Malibu S. He punched above his weight yet again when a longshot third to 'Rising Star' and G1 Dubai World Cup-bound Life Is Good (Into Mischief) in the GI Pegasus World Cup Invitational Jan. 29 and is in line for another handsome payday here.

Warrant (Constitution) hasn't missed the top three in his eight trips to the post to date, finishing runner-up in the GIII West Virginia Derby last August ahead of a convincing 1 3/4-length success in the GIII Oklahoma Derby Sept. 26. Given a bit of a breather, the Twin Creeks homebred stands to come on greatly for his third-place effort to 'Rising Star' Mandaloun (Into Mischief) and Saudi Cup third Midnight Bourbon (Tiznow) in the GIII Louisiana S. at the Fair Grounds Jan. 22.