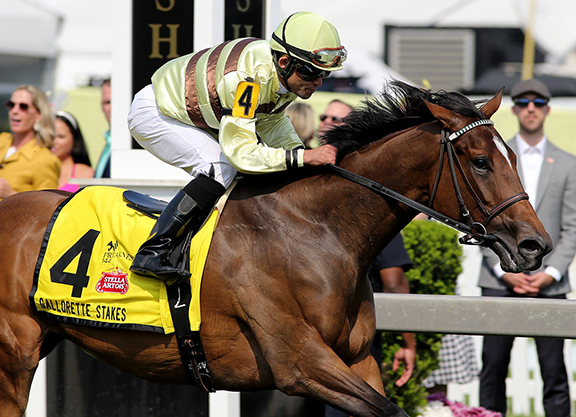 The popular Mid-Atlantic Thoroughbred Championships Series (MATCH) has been renewed for 2020, with an expanded schedule and an increase in owner, trainer and breeder bonus money thanks to new partner racetracks, horsemen’s groups and breeder associations, the Thoroughbred Horsemen’s Association announced Tuesday. The Series, which returned in 2018 after a 16-year hiatus and works toward the larger goal of coordination in a region with the largest concentration of daily racing in the United States, has grown to 35 stakes at eight tracks with a combined $3.75 million in purses for its 2020 renewal. Colonial Downs and Hollywood Casino at Charles Town Races, both of which were part of the MATCH Series during its initial run from 1997-2001, have rejoined the series, as have the Virginia and Charles Town HBPAs.

The 2020 Series, which expands from four divisions to five, will begin Apr. 18 with a split schedule at Laurel Park and Charles Town and run until Championship Day at Parx Racing Oct. 10. Except for the split sites on opening day to accommodate Charles Town’s entry into the Series, and Pimlico Race Course’s races split between Black-Eyed Susan Day and Preakness Day, the Series will continue the concept begun in 2019 of conducting a race in each of the divisions on a single-card format at each participating track, roughly one month apart over a six-month period. Last year, there were 20 stakes spread over five MATCH Series days.

The other 2020 racetrack partners are Hollywood Casino at Penn National Race Course, PARX, Delaware Park and Monmouth Park. On the horsemen’s side, the Delaware THA, Maryland THA, New Jersey THA, Pennsylvania THA, and Pennsylvania HBPA are participating again this year.

“The MATCH Series is a testament to the extraordinary cooperation amongst all of the stakeholders in the region to promote our sport, advance the need for cooperation and coordination and our leadership role in advancing health, welfare and safety reforms for our horses,” said Alan Foreman, creator of MATCH and Chairman of the Thoroughbred Horsemen’s Association. “We welcome Colonial Downs and Charles Town back to the Series. We developed one of the best rivalries in racing last year, and look forward to a great competition this year.”