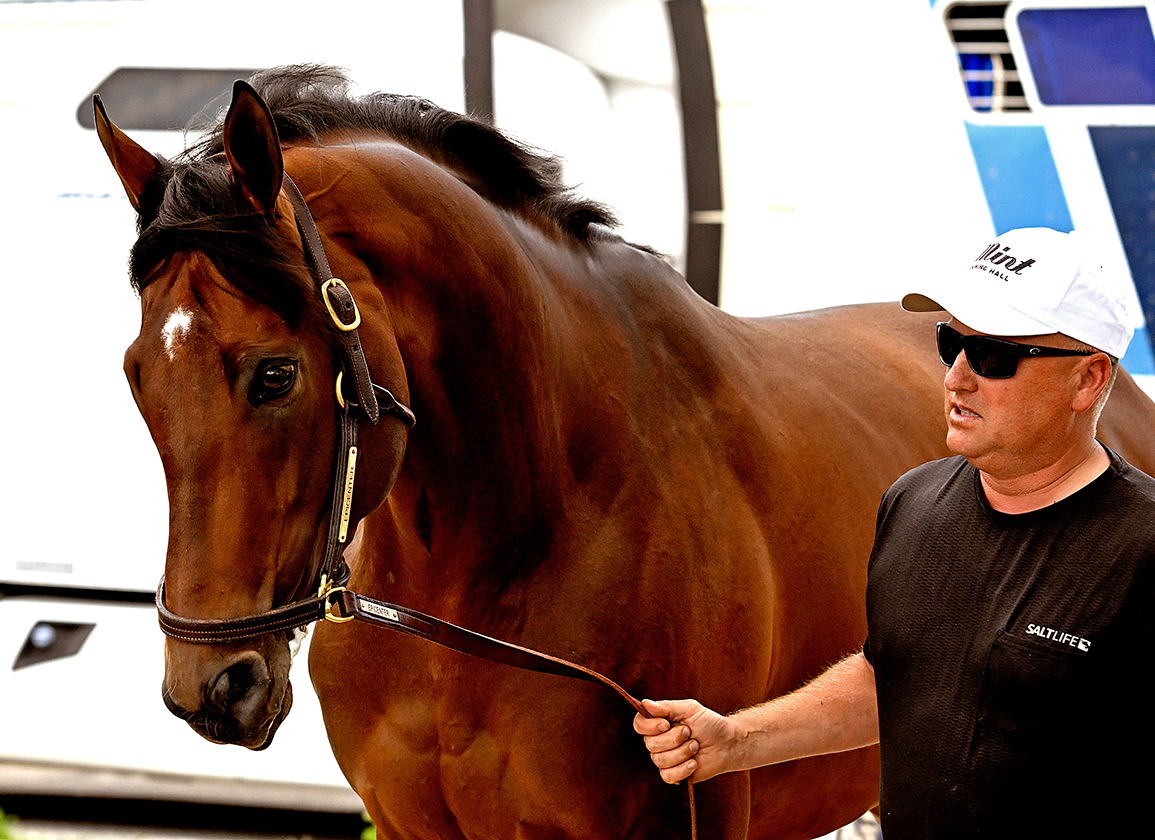 Winchell Racing's Epicenter (Not This Time), whose runner-up effort in the GI Kentucky Derby May 7 has earned him a quote of 6-5 morning-line favoritism for Saturday's GI Preakness S., was out for a one-mile gallop around the Pimlico main track Wednesday morning under the watchful eye of Scott Blasi, assistant to trainer Steve Asmussen .

“He's traveling really well. It seems like his energy level is good,” said Blasi, explaining that Asmussen left the track early to watch horses work at Fasig-Tipton's Midlantic 2-year-olds in training sale at Timonium. “He's bounced out of the Derby with relative ease and made the ship fine. Just trying to get settled in and get our schooling done and run Saturday.”

Blasi indicated that plans call for Epicenter to school in the gate during training hours Thursday morning before paddock schooling during the races in the afternoon.

Early Voting (Gun Runner), who will be looking to give Seth Klarman's Klaravich Stables a second Preakness success, also got his first feel for the surface at Pimlico Wednesday morning (video).

“He galloped a mile and a quarter. I was really happy with him coming home,” said Chad Brown assistant Baldo Hernandez. “He likes it here, so he's in good shape.”

Following his runner-up effort behind Mo Donegal (Uncle Mo) in the GII Wood Memorial S. Apr. 9, Early Voting was strongly considered for the Derby, but passed the race and has trained up to the Triple Crown's second jewel.

“He's moved forward from the Wood. He got the time off,” Hernandez said. “He's in good shape.”

Hernandez said that Early Voting will go to the track at the same time Thursday.