Envoutante Ships In For Beholder Mile 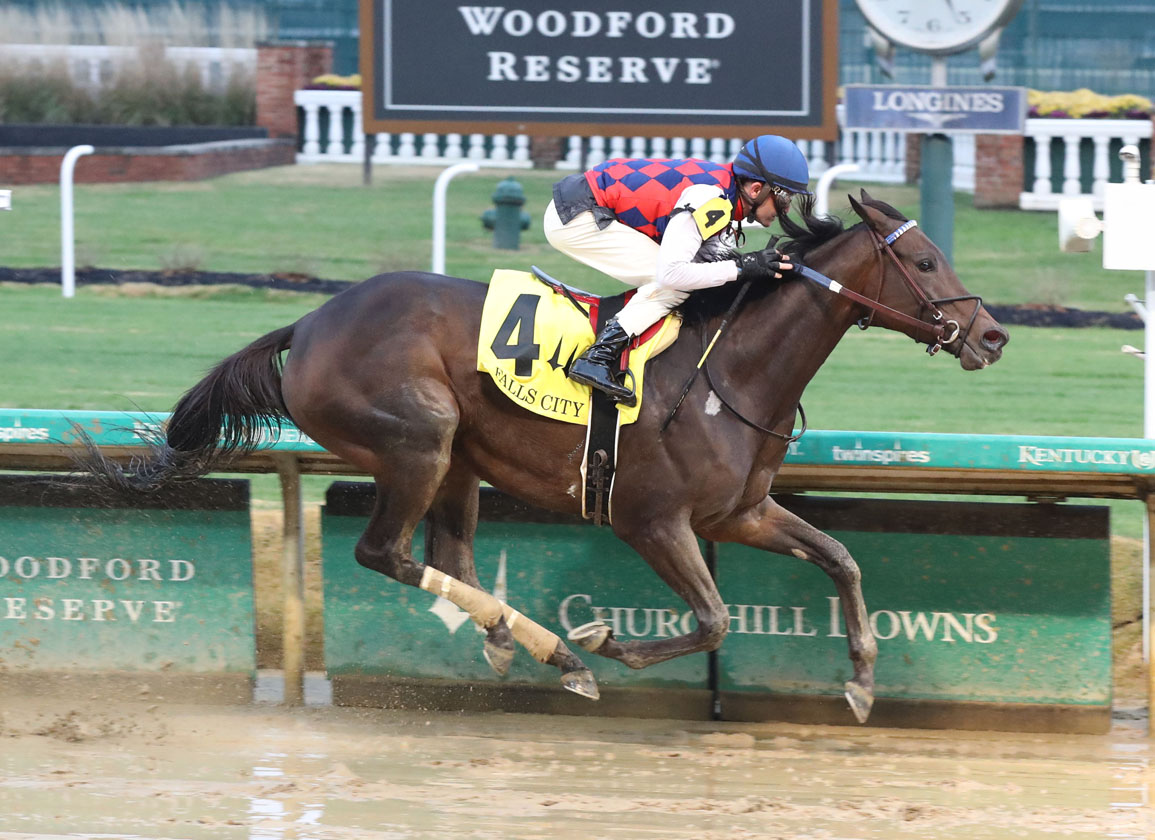 Four of the previous five winners of the GI Beholder Mile were either already in possession of an Eclipse Award or would go on to become a champion later in their career. The Ken McPeek-conditioned 2020 champion 3-year-old filly Swiss Skydiver (Daredevil) made light work of last year's renewal and the barn will look to defend their title this weekend with Walking L Thoroughbreds and Three Chimneys Farm's Envoutante (Uncle Mo).

Same as she did during her 3-year-old season in 2020, the dark bay was kept busy with seven starts last term, good for a record of 2-1-2. Runner-up to Shedaresthedevil (Daredevil) in the GI La Troienne S. on the GI Kentucky Derby undercard Apr. 30, Envoutante was the easy winner of the Shawnee S. at Churchill in late May, then was third to Letruska (Super Saver) after being somewhat conservatively ridden in the GII Fleur de Lis S. the following month. Third to Shedaresthedevil in Churchill's GIII Locust Grove S. Sept. 18, she beat just one home when fifth in the GI Juddmonte Spinster S. at Keeneland Oct. 10, but overwhelmed her rivals to successfully defend her GII Falls City S. title, defeating Bonny South (Munnings) by the same six-length margin as she did 12 months prior.

As Time Goes By (American Pharoah) has the home field advantage as she tries to become the second top-level dirt scorer for her sire. Clearly runner-up in last year's race, the homebred daughter of the outstanding Take Charge Lady (Dehere) was successful no fewer than four times at the graded level, annexing the GII Santa Margarita S. (by 9 1/4 lengths) in and the GII Santa Maria S. in the springtime, the GIII Bayakoa S. in December and a latest 13 1/2-length romp in the GIII La Canada S. on New Year's Day.

While the Beholder looks all over a two-horse affair, the in-form Miss Bigly (Gemologist) could be the one to pick up a valuable Grade I placing. Second to Envoutante in the Shawnee, the 6-year-old was second in the Jan. 8 Pippin S. at Oaklawn and most recently annexed that track's GIII Bayakoa S. Feb. 12.