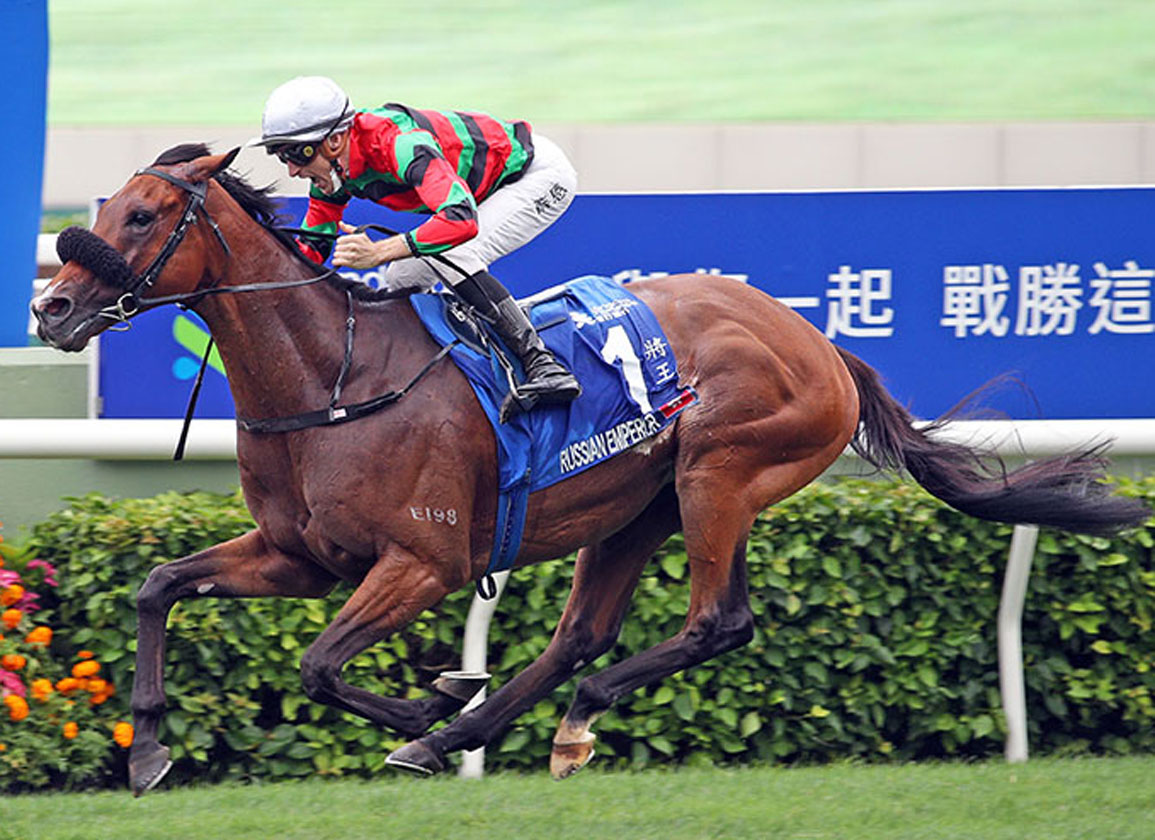 The mental strain and inner turmoil that COVID-19 has caused in Hong Kong over the past 26 months dictate that the talented Blake Shinn will return to Australia at the end of the current racing season. The 34-year-old, winner at home of the 2008 G1 Melbourne Cup and 2016 G1 Golden Slipper, among other feature races, decided to give Hong Kong a go a couple of years back, and while it has not always been smooth sailing, Shinn has done the hard yards. He improved from 15 wins in his inaugural season to 24 in the 2020/2021 campaign, including a first pattern success aboard Sky Field (Aus) (Deep Field {Aus}) and a victory in the 4-year-old Classic series astride Excellent Proposal (Aus) (Exceed and Excel {Aus}).

The current season, the toughest of the three within the context of the curbs put on the local jockey colony, has seen Shinn reach even loftier heights, with a Sky Field win in the G1 Longines Hong Kong Sprint before Russian Emperor (Ire) (Galileo {Ire}) added to that tally in the Citi Hong Kong Gold Cup (2000m) back in February. The end of his stint may be near, but he continues to ride at the peak of his powers and gave the latter a peach of a steer from the tail of the field to post a convincing tally in Sunday's G1 Standard Chartered Champions and Chater Cup at Sha Tin. The win capped off a natural three-timer for Shinn–each for a different trainer–and carries him to 36 winners for the year, good for seventh in the premiership.

Getting the blinkers off after overracing when a last-out fifth to BMW Hong Kong Derby hero Romantic Warrior (Ire) (Acclamation {GB}) in the G1 FWD QE II Cup Apr. 24, Russian Emperor was allowed to drift back to last and traveled sweetly behind a soft pace. Content to trail into the final half-mile, Russian Emperor was slipped a bit of rein and followed the move of 2021 Champions and Chater runner-up Columbus County (NZ) (Redwood {GB}) around the turn. Pulled out widest as they hit the top of the straight, Russian Emperor hit top gear about 200 metres out, collared a very game Ka Ying Star (GB) (Cityscape {GB}) and edged clear. Senor Toba (Aus) (Toronado {Ire}) was a perfect-trip third.

“It's the longest 2400 [metres] of my life,” said winning trainer Douglas Whyte, who won the Champions and Chater three times in his illustrious riding career. “When you're a jockey, things unfold and you can see them unfolding in front of you, but when you're standing on the side and watching it, it gets quite daunting.

“He showed that he has got a really good turn of foot for a stayer. If he can continue to race in this sort of form and with these racing manners, he's an exciting horse for all these staying races next season,” Whyte added.

Given all that he–and to be fair, the entire institution of Hong Kong racing–has had to endure, the magnitude of Sunday's win was not lost on Shinn.

“It means a lot. It was a tough decision to go home [at the end of the season],” he explained. “The last year has been an extremely tough time, especially for myself. It was almost a breaking point. I made the decision because I was pretty much battling there mentally.

“Hong Kong has been a great place for me but for a few months there, it was really tough–not just for me, but a lot of people in Hong Kong. It's hard to walk away because I've worked so hard, but mental health is very important.

Russian Emperor, winner of the 2020 G3 Hampton Court S. at Royal Ascot, is one of his late sire's 93 worldwide Group 1/Grade I winners and one of three in Hong Kong, alongside G1 Longines Hong Kong Vase winners Highland Reel (Ire) and Mogul (Ire). All three are bred on the enormously successful cross of Galileo over Danehill and his stallion sons. Russian Emperor is the lone Galileo Group 1 winner from a daughter of Fastnet Rock.

Russian Emperor is one of two winners from four to the races for his outstanding dam, a two-time Australian champion and a Group 1 winner at 1400 (x2) (All-Aged S., Memsie S.), 1600 (Schweppes Thousand Guineas) and 2000 metres (Caulfield S.) and winner of 10 of her 11 career starts. Atlantic Jewel, a half-sister to fellow Thousand Guineas heroine Commanding Jewel (Aus) (Commands {Aus}), sadly passed away in August of 2020 after foaling a colt by US Triple Crown winner Justify (Scat Daddy). That produce was purchased by Dermot Farrington Bloodstock for A$240,000 (US$181,059) at last month's Inglis Easter Yearling Sale.

WATCH: Russian Emperor overpowers the field in the Champions and Chater Cup